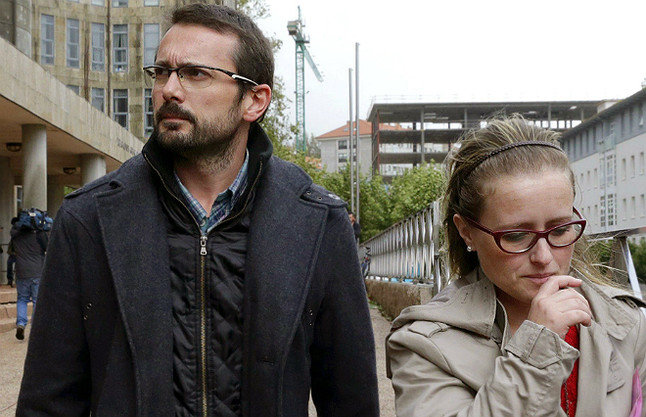 MADRID, Oct 9, 2015 (LifeSiteNews) – Andrea Lago, a 12-year-old girl suffering from a rare, irreversible neurological disease in Santiago de Compostela, Spain, is being euthanized by starvation and dehydration on her parents’ request.

Local media report hospital doctors agreed to withdraw the feeding tube that was keeping her alive this past Monday, after a long battle between Lago’s parents and hospital authorities, which initially had refused to starve the girl.

The family’s attorney, Sergio Campos, said the process could take “only a couple of days, or up to thirty-eight or forty,” according to the BBC, while EFE reported he assured the press that the girl will have a “sweet ending, a little easier than the life she has had.”

“What I want for my daughter is for her to close her eyes and be able to say goodbye to her,” said the girl’s mother, Estela Ordoñez, in declarations to the press. “We want a dignified death for our daughter.”

The hospital’s initial report stated that Lagos was not experiencing any pain or suffering, and pediatricians therefore could not abide by the parents’ request. A sudden shift in the hospital’s criteria came on Monday, when doctors recognized that “until now they had failed to admit the ‘grave suffering’ the parents insisted the minor was putting up with,” and decided to withdraw Lago’s feeding tube, reported El Pais.

Current law in Galicia, where Santiago de Compostela is located, allows “every person suffering from irreversible, incurable diseases, and in a terminal state, the right to reject surgical procedures, including hydration, feeding and artificial resuscitation.”

When minors are involved, the law contemplates the parents’ right to make the said decision.

InfoVaticana, has started an online petition to save the girl’s life and reports the girl is not in a terminal state: “She breathes well and her organs function. She is only fed directly to the stomach (common procedure called gastrostomy) as is done with thousands of patients in Spain.”

“They will not ‘let her die,’” continues the report. “What they are going to do is cause her death by starvation and thirst.”

Spokesman for the Spanish Episcopal Conference, Bishop Gil Tamayo, offered Lago’s parents spiritual and religious aid during a press conference. He declared that the Catholic Church is “against euthanasia,” and that “compassion cannot lead to death.”

Church teaching clearly states that “nutrition and hydration, even when provided with artificial assistance, is generally part of that normal care owed to patients in this state, along with other basic necessities such as the provision of warmth and cleanliness.”

Feeding and hydrating a patient, the Church says, should not be considered an “extraordinary nor disproportionate” measure, when such assistance is needed for the patient to survive.

The Spanish Association of Christian Lawyers expressed their concern over Lago’s case setting precedent to legalize euthanasia in Spain.