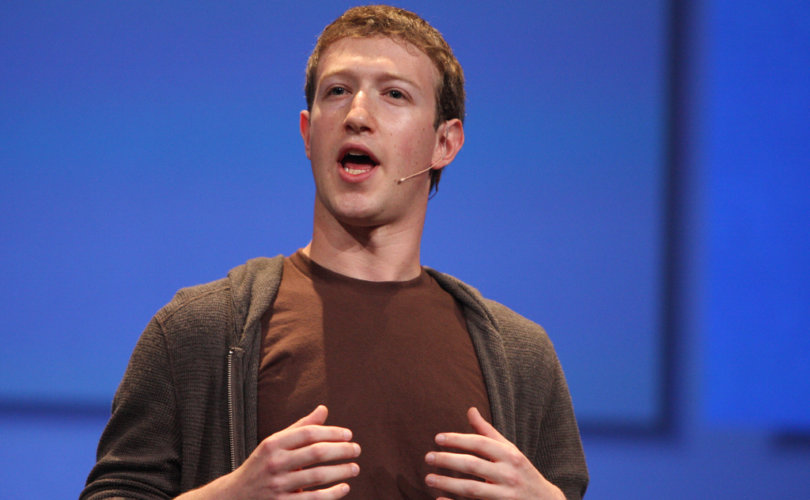 RALEIGH, April 1, 2016 (LifeSiteNews) – In a situation reminiscent of last year's religious freedom fight in Indiana, and the more recent one last week in Georgia, powerful politicians and CEOs across America are teaming up with the LGBT lobby to pressure North Carolina to overturn its new law protecting privacy in restrooms and similar facilities.

Inside the state, North Carolina Gov. Pat McCrory has refused to back down on his signature of the measure, despite pressure from Democratic Attorney General Roy Cooper, who is running a campaign against McCrory.

The Republican governor signed the law last week after a statewide outcry against a Charlotte ordinance requiring all businesses and public buildings to allow citizens identifying as transgender to use their preferred bathrooms, locker rooms, and similar facilities.

The bill overrode the Charlotte ordinance, but included exemptions that allow public entities to make their own internal hiring policies, and allows transgendered individuals who have legally changed their gender on their birth certificates to use restrooms and other facilities of the opposite sex.

Calling the law “a national embarrassment,” Cooper has said he will not defend it, and on Tuesday he declared that “this new law provides for broad-based discrimination” and that “the LGBT community is targeted.” He also said the law conflicts with the employment policies of the Attorney General's office, and thus “in order to protect our non-discrimination policy and employees, along with those of our client, the State Treasurer's Office, part of our argument will be that HB2 is unconstitutional.”

State Senator Phil Berger said in a statement that Cooper's “zeal for pandering for the extreme left’s money and agenda in his race for governor is making it impossible for him to fulfill his duties as attorney general – and he should resign immediately.”

Cooper argues the governor's office and others named in the lawsuit can hire outside attorneys to represent them.

Cooper's rhetoric mirrors that of CEOs and politicians nationwide who have partnered with LGBT advocacy groups to declare North Carolina persona non-grata thanks to the law.

Several LGBT advocacy groups have filed suit, saying the law is unconstitutional and meant to legalize discrimination. Scores of businesses have opposed the law, as well, with more than 120 “major” CEOs, including mega-billionaires like Facebook’s Mark Zuckerberg and Kellogg’s John Bryant, signing a letter opposing the law that was delivered to the governor by the Human Rights Campaign. The companies include Google, Microsoft, Barnes & Noble, Levi & Straus, Twitter, Starbucks, and Wells Fargo.

“In our meeting with Governor McCrory, we made crystal clear that HB 2 is discriminatory, shameful, and needs to be repealed immediately,” said Human Rights Campaign President Chad Griffin in a statement earlier this week. “The question Governor McCrory faces is a simple one: will he seize this opportunity to show true leadership, or will he allow North Carolina to remain on the wrong side of history? This law is doing extraordinary damage to the state’s economic prospects, its reputation, and most importantly, it’s LGBT community.”

In the letter, the CEOs said they “are disappointed in your decision to sign this discriminatory legislation into law. The business community, by and large, has consistently communicated to lawmakers at every level that such laws are bad for our employees and bad for business. This is not a direction in which states move when they are seeking to provide successful, thriving hubs for business and economic development.”

“We believe that HB 2 will make it far more challenging for businesses across the state to recruit and retain the nation’s best and brightest workers and attract the most talented students from across the nation. It will also diminish the state’s draw as a destination for tourism, new businesses, and economic activity.”

Corporations have regularly come down on the side of LGBT advocacy groups in recent years. Last year, Apple CEO Tim Cook led the charge against an Indiana religious freedom law that was eventually neutered by Governor Mike Pence.

The openly gay Cook, whose organization does business in nations such as Iran and Saudi Arabia, had threatened Indiana with the loss of business from his company.

Earlier this week, several mayors and the governor of New York eliminated non-essential travel on the public dollar to the state. San Francisco and New York City — as well as Seattle, whose mayor eliminated all publicly funded travel to North Carolina — have been joined by Chicago and Boston, and Washington State, Connecticut, and Vermont became the newest states to ban publicly-funded travel.

“It is my hope for our nation that we do not allow issues of discrimination to divide us,” said Seattle Mayorr Ed Murray, who is openly homosexual, in a statement. “Our union is only made stronger when all Americans are treated equitably.”

For his part, McCrory has refused to back down. He accused New York Gov. Andrew Cuomo of hypocrisy, telling Fox News that Cuomo should not continue to encourage travel to Cuba — a nation that commits major human rights abuses as a matter of course.

In a statement earlier this week, McCrory spokesperson Josh Ellis said that “there’s no doubt there is a well-coordinated, national campaign to smear our state’s reputation after we passed a common-sense law to ensure no government can take away our basic expectations of privacy in bathrooms, locker rooms and showers.”

In an unrelated press release, McCrory praised his state's 3.1 percent unemployment rate, calculated by the Labor Department. According to the release, since McCrory took office in 2013, North Carolina “has added more than 260,000 private sector jobs and is currently ranked 6th in the nation in job creation.”