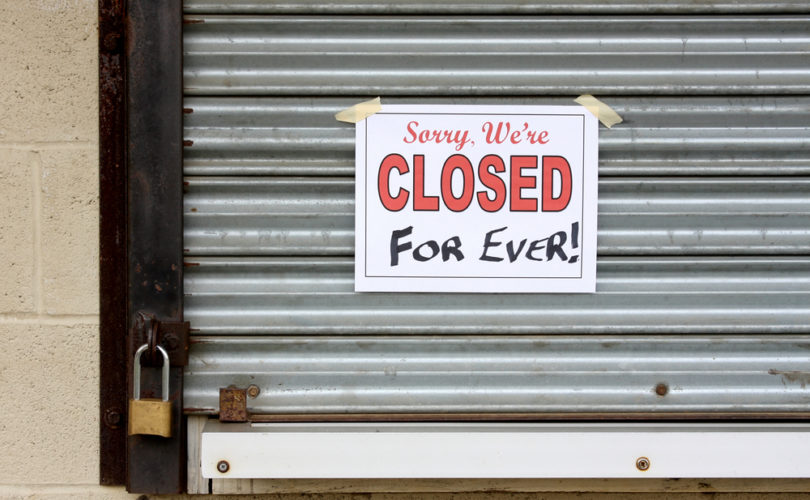 There are 13 fewer abortion facilities in operation in Texas today thanks to a court ruling allowing the state to enforce a pro-life law requiring tighter health and safety regulations.

Two of the judges were appointed by Republican presidents Ronald Reagan and George W. Bush. The third, Judge Stephen A. Higginson, was appointed by President Obama.

“Texas had over forty abortion clinics prior to the enactment of H.B. 2,” Judge Higginson wrote in his partial concurrence, and “after the ASC provision takes effect, only seven or eight clinics will remain.”

Before H.B. 2 passed last year, Texas had more than 40 abortion facilities. But only a handful of abortion facilities meet the new standards, and all are located in Austin, Dallas, Fort Worth, Houston, and San Antonio. Abortion advocates say they lack the capacity to serve the 5.4 million women of reproductive age in the nation's second-largest state. The panel ruled that “women from McAllen have been traveling outside their city for nearly a year, and Plaintiffs made no showing that clinics in San Antonio (or any other city) have been deluged.”

The Texas Policy Evaluation Project estimated that there were 9,200 fewer abortions this year due to the law.

“The battle to protect the unborn is not over,” Texas Right to Life said, “but this is a decisive step in the right direction!”

Texas Attorney General Greg Abbott's spokesperson Lauren Bean said, “This decision is a vindication of the careful deliberation by the Texas Legislature to craft a law to protect the health and safety of Texas women.” Abbott is running for governor against Wendy Davis, who filibustered a previous version of this bill.

Gov. Rick Perry signed H.B. 2 into law last July. It banned abortions after 20 weeks on the grounds of fetal pain, required abortionists to have admitting privileges at a hospital within 30 miles of their office, and made all abortion facilities meet ASC standards.

U.S. District Judge Lee Yeakel had struck down part of the law on August 29, arguing that forcing women to drive 150 miles for an abortion constituted an “undue burden” to women, thus violating the Supreme Court's 1992 Casey ruling. He also scaled back the admitting privileges mandate.

That allowed Whole Women's Health to reopen two closed abortion facilities in McAllen and El Paso. Judge Higginson would have allowed those facilities to remain open. This morning, those businesses are closed again.

“Texas faces a health care crisis, brought on by its own legislators,” she said. Thanks to H.B. 2, her business has been reduced from five offices to one, a rented building in San Antonio.

“It is the clinics that refuse to operate according to these medical guidelines that are restricting women’s access to abortion. It’s not the State of Texas,” said Donna Harrison, executive director of the American Association of Pro-Life Obstetricians and Gynecologists (AAPLOG). “The State of Texas is working to protect women from  practitioners such as Kermit Gosnell.”

Miller, who referred to herself as “a small business owner,” said she “would not be interested in building from the ground up.” She called complying with tighter health and safety standards “just a poor use of resources. I could help so many women have safe abortions for $400 dollars rather than put $3 million dollars into a building.”

Others thought of the setback the abortion movement itself received.

“This is a devastating day for Texas women,” said Jennifer Dalven, the director of the Reproductive Freedom Project at the ACLU.

Amy Goodman of the far-Left Democracy Now! program said, “The Rio Grande Valley is home to many undocumented immigrants who can’t travel north due to border checkpoints, and are effectively cut off from legal abortion.”

The facilities may choose to appeal the ruling, but judges made it clear the state was likely to prevail.