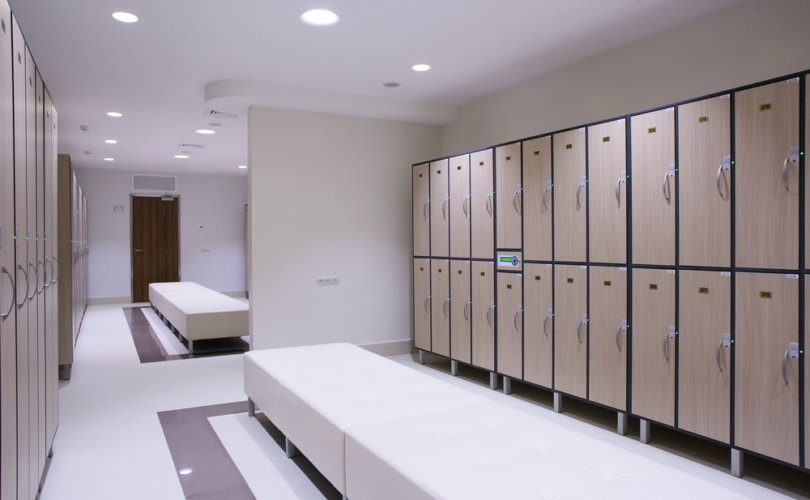 February 7, 2020 (LifeSiteNews) – A 13-year-old UK girl is taking her local council to court after it issued guidance that would allow boys who identify as “transgender girls” to access girls’ bathrooms, changing rooms, and dormitory rooms on student trips.

The guidance was issued last year as part of the Oxfordshire County Council’s “Trans Inclusion Toolkit for School 2019” project.

The teenager, known as Miss A, is calling for a judicial review of the guidance. In a statement published by the Safe School Alliance (SSA), which is supporting her legal challenge, she said, “The toolkit has a very significant impact on me as a girl. I am very surprised that the council never asked the opinion of girls in Oxfordshire about what we thought before they published the toolkit.”

“Under these guidelines I have no right to privacy from the opposite sex in changing rooms, loos or on residential trips,” she continued. “Sports could end up being unsafe as I am a really small teenage girl and boys are bigger than girls. This guidance could be used in any educational establishment in Oxfordshire, which possibly includes sports clubs.”

“The guidance makes me feel that my desire for privacy, dignity, safety, and respect is wrong.

“It makes me feel sad, powerless and confused.”

Regarding toilets, the “toolkit” reads: “Children and young people are supported through the Equality Act 2010 to access the toilet that corresponds to their gender identity; so trans girls because they are girls, can use the girls’ toilets and trans boys the boys’ toilets.”

“Single gender toilets can cause issues for children or young people who do not identify with a gender binary such as boy/girl.”

Regarding changing rooms, it states, “In all cases, trans children and young people should have access to the changing room that corresponds to their gender identity.”

And regarding occasions when children go on overnight school trips, it states: “As far as possible, trans children and young people should be able to sleep in dorms appropriate to their gender identity.”

Tanya Carter, spokeswoman for SSA, said the guidance was “in direct opposition to all safeguarding protocols.”

“This guidance fails to take into account all protected characteristics of the Equality Act 2010, and will see schools and other educational settings being compelled to allow male pupils to share changing rooms, toilets and dorm rooms on residential trips with female pupils — without parents’ knowledge or permission,” she said.

“It also allows males to take part in sports alongside females,” Carter continued. “This is in direct opposition to all safeguarding protocols which recommend that single sex provision should be made for children over the age of eight when sleeping, using toilets and changing, and that contact sports should be segregated after puberty for safety reasons.”

Paul Conrathe, Human Rights Solicitor from Sinclairs law, the legal firm that is bringing the action, described the guidance as “confused.” He said it “misrepresents the law and exposes children and young people to the potential of harm.”

Speaking of the decision to file an application for a judicial review of the guidance, Conrathe said, “This toolkit significantly mistakes the law whilst purporting to offer best practice guidance to educational settings. Gender identity is not protected under the Equality Act.

“This toolkit raises significant safeguarding concerns for children. We will now commence proceedings in the High Court for an order setting aside the toolkit and declaring it unlawful.”

When public challenges began last year, the council defended the guidance and rejected the idea that they were failing to safeguard children. A spokesperson for the council said last year that the “toolkit will provide helpful guidance to schools looking to support this potentially vulnerable group of young people.” The council acknowledged that this was “a difficult and emotive area,” but said they “utterly refute the suggestion that we are failing to safeguard children.”

Victoria Edwards, an Oxford-based mother of a 12-year-old boy, had previously begun taking action against the guidance and is now crowdfunding to support Miss A’s case. Edwards, who identifies as a lesbian, said the guidance “places the rights of trans-identified children above the rights of all other children and staff.”

Edwards’ crowdjustice page continues: “It (the guidance) encourages staff to affirm the chosen gender identity of any child who wishes to identify into the opposite sex while closing down avenues for staff to uphold basic safeguarding principles within schools. It also encourages parental alienation and suggests that any parent who doesn’t affirm their child’s chosen gender identity may be a safeguarding risk and causing harm to their child.”

Dr. Tom Rogers, education manager for UK pro-life and pro-family group Society for the Protection of Unborn Children, told LifeSiteNews that is “an appalling indictment of the UK education system that it’s now left up to children to defend themselves against the ever more dangerous excesses of political correctness.”

“13-year-old girls should not have to spend their time seeking judicial reviews just to ensure their own personal safety, privacy and dignity,” Rodgers continued. “Oxfordshire County Council need to take a serious reality check – children cannot change their sex any more than adults can, and encouraging adolescent boys to share toilets, change and shower with the girls at school is one of the most reckless and irresponsible things you could expect the authorities to do.”

“Labeling a child ‘trans’ and pushing them towards making irreversible and devastating life choices is also an act of abuse. Schools are rapidly being turned into places where it’s no longer safe to leave your children, but through our Safe at School campaign we're working with the thousands of parents all across the country who have said enough is enough, and are now standing up to challenge this madness.”