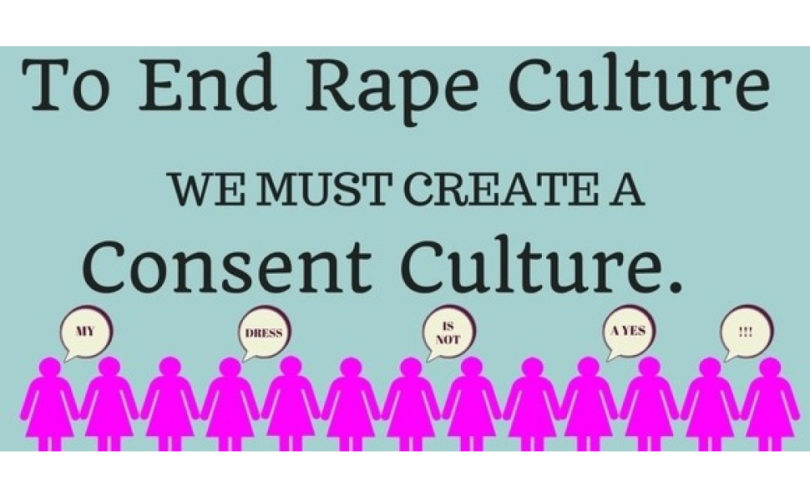 Two 13-year-old Toronto girls who have launched a web petition to put the “rape culture” trope into Ontario’s sex education curriculum are being “exploited and manipulated,” according to one of Canada’s leading social conservatives.

The young girls, Tessa Hill and Lia Valente, are listed as authors on a January 20 email touting the “We Give Consent” campaign under the title “YES MEANS YES!”

The girls, both 13 and in Grade 8 at one of Toronto’s so-called “social justice” alternative public schools, have already gathered over 26,000 signatures on their petition asking Ontario Premier Kathleen Wynne to put rape culture in the new sex–education curriculum.

The petition, called “To End Rape Culture We Must Create a Consent Culture,” is on Change.org, where it hits all the familiar “rape culture” notes, claiming “There are different sources in our society that make and perpetuate rape and sexual violence, but one of them is our lack of sex education. Our society is scared to teach teens and young people about safe sex, and most importantly, consent. Young people will have sex, despite teaching abstinence in the classroom, so the most important thing is to educate us and other young people about consent.”

But Gwen Landolt, national vice-president of REAL Women of Canada, told LifeSiteNews, “They’ve been exploited and manipulated by adults.” She added, “The basic idea behind rape culture is that all sex between men and women is a form of rape. The statistics used to support that are fraudulent. These girls are just 13 years old and haven’t developed their critical faculties. They should have checked the facts. They had to have been led to do this by parents or their school. Unless they are unlike any 13-year-olds I’ve ever met.”

Indeed, the petition website cites one of the most common U.S.-Canadian rape claims, that, “In Canada 1 in 4 women will experience at least one incident of sexual assault in their life.”  Social conservatives in both countries have dismissed the claim and the studies it is based on as bogus, because, as National Post columnist Barbara Kay put it in December, their  “parameters and methodology…don’t stand up to interrogation, because they were conducted by theorists educated to believe that all heterosexual men are inherently dangerous to women.”

Kay sources the ideology to “feminist scholar Alison Jaggar in her 1983 book, Feminist Politics and Human Nature, a standard text in North American universities,” who made the assertion that “from prehistoric times to the present, rape has played a critical function. It is nothing more nor less than a conscious process of intimidation by which all men keep all women in a state of fear.”

As for faulty methods, a December article on the RedState.com site listed “small sample sizes, paid respondents, and a definition of rape that includes ‘unwanted touching’ and sex that you think happened while you were passed out but aren’t sure.”

Also in December came a U.S. Department of Justice study which ought to explode forever the one-in-four myth and its companion, that four of five women will be sexually assaulted in their lifetime. Titled “Rape and Sexual Assault Victimization Among College-Age Females, 1995–2013,” it reported that one in 163 college-age (18-24) women had been raped or assaulted, and one in 131 women actually attending college or university reported sexual attacks. According to the same report, this is the age when most sexual assaults occur.

Landolt believes the girls have been led, perhaps innocently, by true-believing parents and teachers, to push the Ontario government to do exactly what the latter already wants, which is to normalize teenage, pre-marital and deviant sexual activity in the minds of younger and younger school children. But whatever motivated the children, “I think what is happening is manipulation. They are being exploited by adults”—especially by Premier Kathleen Wynne.

Noting that Wynne is a lesbian, Landolt said she wants to impose the same sex education curriculum now that she failed to do in 2010 as education minister, when her deputy and the man who drafted the curriculum was Benjamin Levin.  Levin, noted Landolt, was just convicted on child pornography charges. “They both look at this issue through coloured lenses,” she said.

The use of photogenic, ostensibly apolitical advocates to justify government intervention is a stock tool of the Left. Environmental groups rely on “glamorous macrofauna” –big, cute animals—to stop resource projects and push for parks. U.S. President Barack Obama used a pretty law student at a Catholic university, named Sandra Fluke, to make a public plea that the president’s health care plan should force her school to cover her birth control pills. Obama was more than willing to comply, generating dozens of lawsuits from Christian schools claiming their principles were being violated.  (Fluke was soundly trounced in her first effort at democratic politics during the recent midterm elections.)

The RedState article explains the manipulation process in detail: “Interest groups foment outrage, then enlist sympathetic activist journalists who rely on the testimony of deeply invested ‘experts’ while partisan politicians exploit the allegedly systemic problem to advance an ideological agenda and demonize opponents as sexist bigots or rape apologists.”

The sympathetic journalists have indeed appeared to gush over Tessa and Lia—predictably from the CBC and Huffington Post.  Already scheduled is the girls’ big meeting with Premier Wynne.