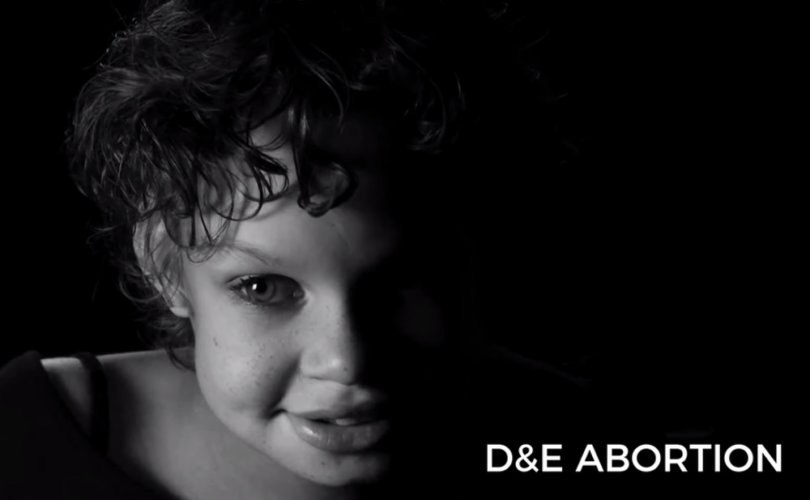 WASHINGTON, D.C., January 24, 2020 (LifeSiteNews) – An ad created for mainstream television featuring 14 survivors of attempted abortion was revealed on the main stage during the Washington D.C. March for Life today as well as along the main route on jumbotrons.

The ad campaign, titled Faces of Choice, is designed to raise awareness of the survivors of abortion who all univocally make it clear that they are persons and not a “choice.”

“Faces of Choice was birthed to bring awareness to a demographic of survivors that has gone largely unnoticed: those who were aborted, but survived,” said Lyric Gillett, Faces of Choice executive director.

“I am convinced that the key to changing the cultural conversation about abortion is within the voices of the survivors. The idea behind this initiative is that every great civil rights or humanitarian movement of our era has had an actual face of a survivor attached to it, giving it meaning outside of a nebulous concept.”

Melissa Ohden, founder of the Abortion Survivors Network, introduced the ad from the March for Life's main stage after her keynote speech.

“Through The Abortion Survivors Network, we have been connecting and supporting survivors for the last eight years, but this project, Faces of Choice, is the first media project we’ve been a part of that includes survivors from around the world. We can’t think of a more important time to come together and challenge the world to face the ‘choice’ of abortion and encourage people to ultimately find healing and create a culture of life,” she said in a press release.

Gillett said that the ad campaign seeks to “make an ad that showed the many faces of survivors of abortion, to put a face to the ‘choice’ of ending life.”

“As much as the abortion industry wants to destigmatize the decision to end a pregnancy, we want to show the lives that were spared despite the death sentence imposed upon them. We often seek to separate the humanity from things that make us uneasy, but when a victim – a  survivor – stares you in the eye and tells you their story, a paradigm shift takes place that cannot be conveniently forgotten, and which has the power to change everything. We have thousands of survivors of abortion in the United States, alone; more than enough survivors to attach an actual face to the misnomer of ‘choice.’”

Babies who survive abortion became mainstream news last year when New York and Virginia passed laws that specifically allowed abortion until the moment of birth, with Virginia Governor Ralph Northam stating that those babies who survived the process could be left to die, if that's what the mother wanted.

“Abortion advocates need to look these survivors in the eye and come to terms with the fact that they are human, that their lives matter, and that choice is more than a word: it’s a person,” said Gillett.

Distribution for the ad is not yet determined.

“Our team has worked for months to have a shorter version of the ad run during the 2020 Super Bowl but the network refused to give us a clear answer,” said Gillett. “We are currently looking at other options and outlets and are in talks with various networks.”