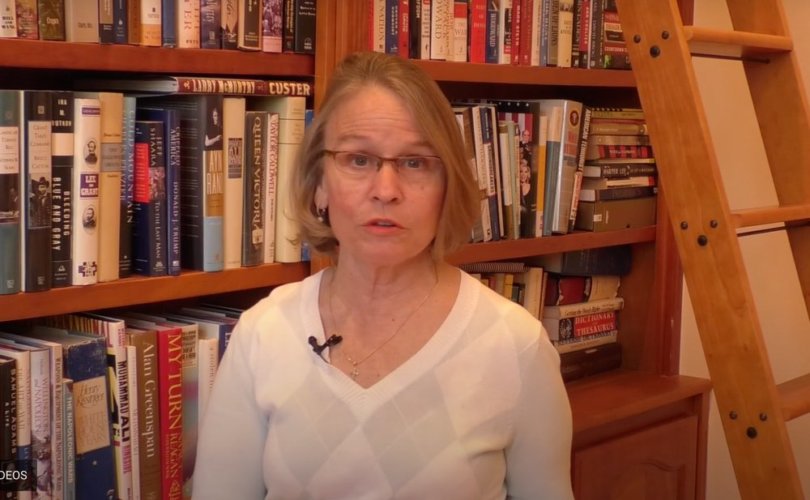 (LifeSiteNews) — Fourteen Republicans who voted in the U.S. House of Representatives to codify same-sex “marriage” via the so-called “Respect for Marriage Act” are Catholics, adding to the 89 total Catholics who voted for the bill.

The Tuesday vote by these GOP members, as well as the Democrat Catholics they have joined, defies the fundamental, dogmatic teaching of the Catholic Church that a marriage, by its definition, unites a man and a woman, and by its nature is ordered toward the procreation of offspring.

Catholic Vote noted that the bill “came amid Democratic concerns” that the Supreme Court “could one day strike down Obergefell vs. Hodges, the 2015 ruling that imposed ‘gay marriage’ on all 50 states.”

CatholicVote communications director Joshua Mercer on Wednesday pointed out that despite claims by the bill’s supporters that it ensures “equality” between “straight” and “gay” couples, the definition of marriage must recognize the fundamentally unique nature of a man-woman union.

A male-female coupling is the only one that produces new human life,” Mercer said. “It’s unjust to try to create ‘equality’ between that coupling, which is true marriage, and any other kind of arrangement.”

“And this isn’t only some private religious revelation,” Mercer added. “Our Catechism calls marriage and family the primary cell of all human society, and it grounds that insight in natural law, which has been recognized in virtually every civilization since time immemorial.”

Tom McClusky, CatholicVote’s director of government affairs, went further in decrying the support of these “Catholic” congressmen for the bill, by highlighting the serious, often-forgotten repercussions such an act has for practicing Catholics, and for children.

“But when it comes to these Congressmen and women, their ‘Catholic’ does mean something,” McClusky said. “After all, this isn’t 2015. Gay ‘marriage’ has been imposed on this country since Obergefell – that’s seven years. And it’s turned out to be everything its opponents – including our bishops – warned it would be, and more!”

“Catholic adoption agencies threatened if they won’t get on board with Obergefell, Christian artists and other service providers dragged to court for not endorsing gay “marriage,” and most recently, an LGBTQ movement that can’t even be trusted to leave our kids alone in schools. The least these Catholics could do is refrain from actively rubber-stamping the ‘marriage’ ruling that has been used to attack, smear, and threaten Catholics since day one.”

Indeed, the gravity of such a vote to codify same-sex “marriage” is borne out in the post-Obergefell attacks on the ability, for example, to run a business according to one’s deeply held religious beliefs. It also poses the even more tragic danger of amplifying the push for adoption by same-sex couples.

The Catholic Church has definitively condemned same sex-parenting in the strongest terms. The Congregation for the Doctrine of the Faith (CDF) declares that “Allowing children to be adopted by persons living in [same-sex] unions would actually mean doing violence to these children” by placing them “in an environment that is not conducive to their full human development.”

A list of the Catholic members of Congress who voted in favor of the codification of gay “marriage” can be found on Catholicvote.org.