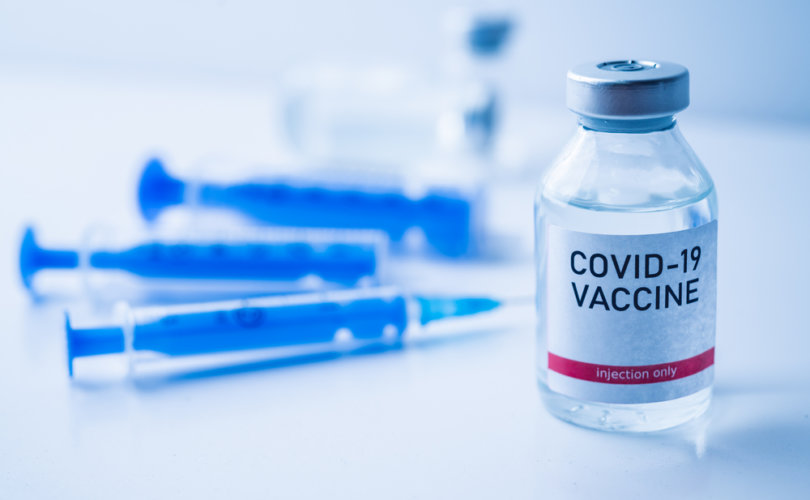 (LifeSiteNews) — An examination of the bodies of 15 people who died after getting at least one COVID-19 injection found that the jabs were implicated in 14 of the fatalities, or 93% of the deaths.

The finding, paired with the fact that the injections had not been initially recorded as a cause of death in any of the cases, raises concerns about the safety of the drugs and the accuracy of post-vaccination death statistics.

The results of the study were presented by Dr. Sucharit Bhakdi and Dr. Arne Burkhardt at the Doctors for COVID Ethics symposium that was livestreamed by UKColumn on December 10.

Both researchers boast an extensive background in their fields. Dr. Bhakdi has chaired the Institute of Medical Microbiology and Hygiene at the Johannes Gutenberg University of Mainz, Germany, and has published over 300 research articles in the fields of bacteriology, immunology, parasitology, and virology. Likewise, Dr. Burkhardt is an internationally-recognized pathologist who has taught at the Universities of Hamburg, Berne and Tübingen and published more than 150 scientific articles in international scientific journals.

In the study presented by Bhakdi and Burkhardt, researchers examined the bodies of 15 people age 28 to 95 who had passed away within six months after vaccination against COVID-19. Although coroners and other authorities had not associated the anti-COVID drugs with the individuals’ deaths, histopathological analysis of the organs of the deceased found “vaccine-induced autoimmune-like pathology in multiple organs,” with the heart the most attacked organ (in 14 cases) followed by the lungs (in 13 cases).

“Prior to death, only 4 of the 15 patients had been treated in the ICU for more than 2 days,” the study states, while five individuals died at home, one died on the street, one died while in the car, and one passed away while in a home-care facility.

According to the study, a “number of salient aspects dominated in all affected tissues of all cases,” including “inflammatory events in small blood vessels (endothelitis)” and “a massive lymphocytic infiltration of surrounding non-lymphatic organs or tissue with Tlymphocytes,” while “[l]ymphocytic infiltration occasionally occurred in combination with intense lymphocytic activation and follicle formation.”

“Where these were present, they were usually accompanied by tissue destruction,” the researchers stated, arguing that “[t]his combination of multifocal, T-lymphocyte-dominated pathology that clearly reflects the process of immunological self-attack is without precedent.”

Moreover, the study’s authors concluded that mRNA jabs were not the only types of COVID-19 injections implicated in the apparent organ destruction, noting that “vector-based vaccines” were also associated with the fatal reactions, as were “all four major manufacturers:” Pfizer, Moderna, Johnson & Johnson, and AstraZeneca.

“[M]yriad adverse events deriving from such auto-attack processes must be expected to very frequently occur in all individuals, particularly following booster injections,” Bhakdi and Burkhardt wrote, adding that “injection of gene-based COVID-19 vaccines places lives under threat of illness and death.”

“[W]e must not quibble about details,” said Dr. Bhakdi during the symposium. “The facts are on the table … And the facts are damning.”

Bhakdi emphasized that “all gene-based vaccines” from all manufacturers “produce the same result,” and argued that “these vaccines are killing the young and the old.”

The data suggesting the injections contribute significantly to fatal auto-immune reactions is backed up by other research findings, however, including an analysis conducted by German chief pathologist Peter Schirmacher.

Schirmacher, who is the director of the Pathological Institute of the University of Heidelberg, studied 40 individuals who died within two weeks of vaccination and concluded that at least 30% to 40% of the deaths had been caused by the injections.

As of December 24, there have been 1,000,227 reports made to VAERS for COVID jab-related adverse events in the United States alone, including 21,002 deaths, 22,117 cases of myocarditis or pericarditis (heart inflammation), and 110,609 hospitalizations.

Meanwhile, a 2010 Harvard-executed study commissioned by the Department of Health and Human Services (HHS) found that injuries reported to VAERS represented “fewer than 1% of vaccine injuries,” suggesting the actual numbers of deaths and injuries connected with the COVID-19 shots may be significantly higher than currently reported.

In a December 28 Substack post, American entrepreneur Steve Kirsch cited a scientist (name was withheld) who argued that the available research suggests “the post-inoculation effects are not rare events (as reported by the media-gov’t), but are in actuality frequent events. They may be, in fact, universal, with the severity and damage different for each recipient.”

“The implications are potentially enormous resulting in millions of deaths,” Kirsch said. “The vaccines should be immediately halted.”