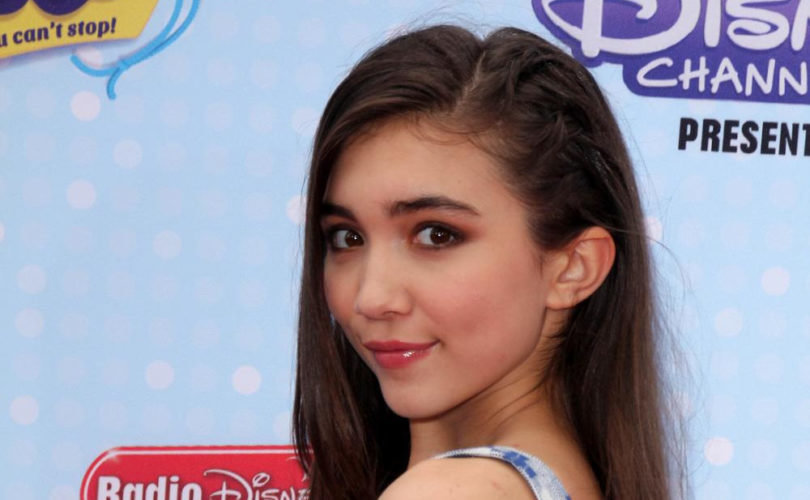 According to Blanchard, “many of my friends…are like, 'I come from a very conservative family that literally does not believe in any of this, in being able to have access to any of this,' and they're like, 'I can drive, and I know where my nearest Planned Parenthood is… I can go there and have a non-judgmental place where it's safe.'”

Asked by Blanchard about how she was raised, and how she “sustain[ed] a firm belief that a woman is entitled to reproductive rights and taking control of her own body,” Richards said, “Well, I was lucky. Like your family, I grew up in a really progressive family, my parents were total outliers. I grew up in Dallas, and my parents were against everything.”

Shortly before Blanchard said that Richards, Supreme Court Justice Ruth Bader Ginsburg, “and people…who have really taken something and driven it forward,” were her “role models,” the Planned Parenthood CEO said she felt attacked when she testified to Congress' House Oversight & Government Reform Committee.

“It was kind of a classic situation where I felt like there were a lot of angry men,” said Richards. “The only way they knew how to engage was to be mean and angry and dismissive, and cut you off. And so there's a part of me that wants to engage, because it's not like I want to get shut down. But on the other hand, I feel like they're looking for a fight more than they're looking for actually getting to a place of 'OK, we can move forward,' and, though I hate to say it, I think we all have to pick our battles. You don't want to let anyone just run over you, but you also don't want to feed that kind of behavior that is really not helpful.”

Richards testified to Congress about her organization's use of hundreds of millions of dollars in federal funds. The male head of the committee, Rep. Jason Chaffetz, R-UT, pointed out at a different hearing on the abortion giant's practices that he consistently engages in direct confrontation with witnesses.

Interrupting witnesses during hearings is a longtime practice of members of Congress of both parties. One of the most-watched examples was California Democratic Sen. Barbara Boxer's demand that a general call her “senator” instead of “ma'am.”

Much of the discussion focused around perceived inequality between the sexes on issues of sexuality. According to Blanchard, “there's just not a way out” of being either judged — by being “educated about how to take care of [your body]” — or “accidentally get[ting] pregnant or something like that.”

“If you make things like Planned Parenthood and sexual health no longer taboo or scary to talk about, I feel like that would lead to much less unwanted pregnancies with teens,” said Blanchard.

Valerie Huber, president of teen abstinence group Ascend, told LifeSiteNews, “Teens need more than the shortsighted – and harmful messages that are offered by organizations like Planned Parenthood. Under the guise of 'women’s health' they promote behaviors whose consequences unequally and negatively affect young women.”

“Teen-sex advocacy is on the wrong side of science,” she continued. “Significant studies show that the futures of youth are improved when they wait for sex – preferably until marriage.  They are less likely to live their adult lives in poverty, more likely to excel in education and future careers, more likely to build strong and committed relationships and marriages, and more likely to be productive, healthy citizens.  And young women have, on average, better health outcomes when both males and females recognize the value of teen sexual restraint.  They do not need to worry about pregnancy, STIs or the harmful risk of sexual abuse and victimization.”