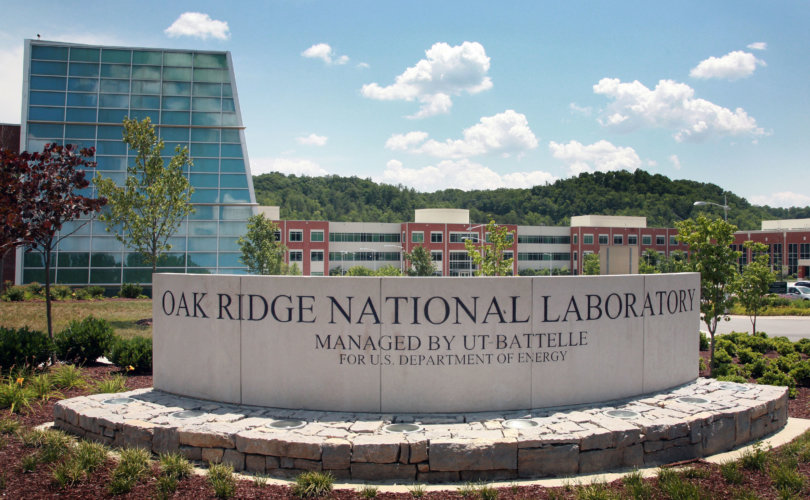 OAK RIDGE, Tennessee (LifeSiteNews) — A total of 150 scientists and employees at the largest science and energy national laboratory in the Department of Energy (DOE) system are on indefinite unpaid leave after their employer refused to accommodate their religious rejection of the COVID jab.

The Oak Ridge National Laboratory (ORNL), which began in 1943 as part of the secret World War II-era Manhattan Project and houses the world’s second-most powerful supercomputer, is operated by UT-Battelle, a not-for-profit managed by the University of Tennessee and Battelle Memorial Institute, which has contracts with nine of the 17 National Laboratories.

The UT-Battelle scientists now on unpaid leave object to currently available COVID-19 shots because they were developed or produced using abortion-derived fetal cell lines. Two of these scientists, twin brothers Jordan and Rob Lefebvre, explained to the Daily Wire that while their religious exemption was technically approved by UT-Battelle, the company has refused to provide work accommodations like frequent COVID testing or remote work.

UT-Battelle claims such accommodations would pose an “undue hardship” on the company, and invoked the necessity of on-site work as part of ORNL’s national missions. “The only [hope] that company gave was the future possibility of accommodating without bearing “undue hardships,” or, as the Daily Wire summarized it, of “improved community conditions.”

“We’re being treated as if we are COVID itself. We have no rights at our place of work. My stewardship of millions and millions of dollars of taxpayer money to effectively manage national security missions — that doesn’t matter anymore,” Jordan commented to the Daily Wire.

The Lefebvre brothers shared how in addition to a letter of explanation of their religious exemption from a religious leader, they were required to undergo interviews in which they explained those beliefs and were asked to sign a statement certifying that they have not and would not use pharma products that were tested on fetal cell lines. Neither brother signed the statement.

“A lot of it was kind of entrapment questions — why are you objecting to the vaccine when you don’t object to these other things?” Jordan noted.

UT-Battelle employees who sought jab exemptions either for religious or medical reasons have sued, arguing that the company violated Title VII of the 1964 Civil Rights Act for failing to provide adequate accommodations for their approved exemptions.

While the case’s presiding judge sharply criticized UT-Battelle for its “shocking indifference to some of its employees,” he found that the harm imposed by the employer was not “irreparable,” and therefore he would not award a preliminary injunction.

For a company that prides itself on the importance of its national security mission and the role it plays in protecting the interests of the United States, it is difficult to view the treatment of employees as thoughtful or prudent. It is difficult to imagine that other accommodations aside from unpaid leave were not available for at least some individuals. But given the absence of irreparable harm, the Court need not examine whether such accommodations were reasonable. Neither is it the Court’s role to determine whether the company erred in issuing a one-size-fits-all accommodation for a group of employees with differing job duties and various time spent on campus. Regardless of the result of such findings, it is hard to fathom that conducting more individualized assessments was untenable for an entity with the resources of UT-Battelle. In this regard, Defendant’s decisions reflect a shocking indifference to some of its employees. These employees deserve better, as does everyone associated with UT-Battelle.

During a case hearing, Jessica and Jeffery Bilyeu, a married couple who had already taken unpaid leave this year during Jessica’s pregnancy, said their young family and farm were being put at risk, the Knoxville Sentinel News reported.

Stephanie Bruffey, a radiochemical engineer, testified that her doctoral dissertation, eight years in the making, would be snuffed out due to the jab mandate. She anticipates that finishing her dissertation will require access to her research materials in the lab.

“Once my access is revoked I don’t know how I’d craft a path to completion,” she testified while wiping away tears. “I’ve worked on this for eight years.”

UT-Battelle employees are in the process of filing discrimination charges with the U.S. Equal Employment Opportunity Commission (EEOC).

“According to the Lefebvres, the EEOC has identified UT-Battelle’s lack of reasonable religious accommodations as a systemic complaint and has agreed to review their concerns as a group. They’re anticipating advances in the EEOC’s review process in these upcoming weeks,” the Daily Wire reported.

UT-Battelle is holding firm to its decision despite the fact that on November 12 the Occupational Safety and Health Administration (OSHA) was forced to suspend its COVID-19 jab mandate for companies with more than 100 employees, when Judge Kurt Engelhardt wrote that the mandate “threatens to substantially burden the liberty interests of reluctant individual recipients.”

Maximilian Forte, professor of anthropology and sociology at Concordia University, has argued that since “it is now solidly established that the fully vaccinated do carry as much viral load as the non-vaccinated, and do transmit the virus,” to subject the unvaccinated to coercive measures “while exempting others, is obviously unfair discrimination.”

In late July, the CDC admitted that the vaccinated were also transmitting COVID-19 when it reinstateda recommendation for indoor masking.