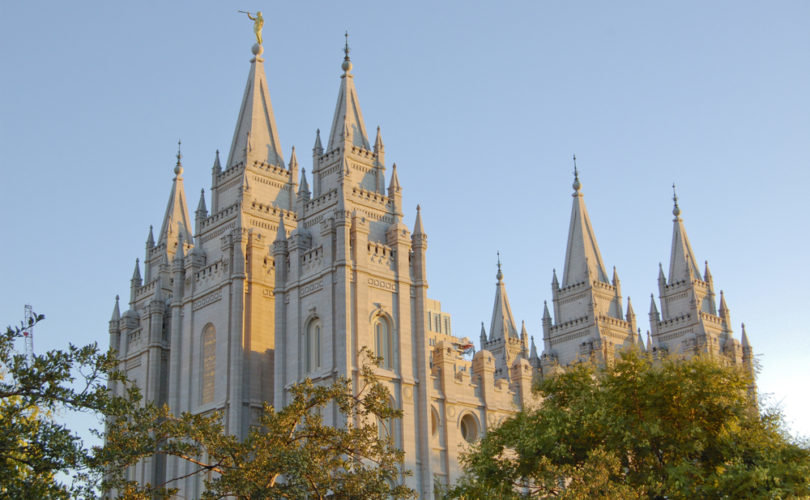 Formally known as the Church of Jesus Christ of Latter-Day Saints (LDS), the church has been under fire since formally declaring that people who engage in same-sex sexual relationships are “apostates,” and saying that children raised by same-sex couples must “specifically disavow” homosexual relationships before they are baptized.

According to The Washington Post, the mass resignation took place in Salt Lake City, in front of the LDS temple there. But while critics say the new policy shows hate against people with same-sex sexual attractions and their children, Mormon president Thomas Monson and two counselors said in a letter that “All children are to be treated with utmost respect and love” and “are welcome to attend Church meetings and participate in Church activities. All children may receive priesthood blessings of healing and spiritual guidance.”

The letter noted that “We are obligated to act with that perspective for the welfare of both adults and children. The newly added Handbook provisions affirm that adults who choose to enter into a same-gender marriage or similar relationship commit sin that warrants a Church disciplinary council.”

A press spokesperson for the church wrote that the handbook was given out to benefit children. “With same-sex marriage now legal in the United States and some other nations, the Church felt the need specifically to address such marriages in the Handbook to draw a firm line and encourage consistency among local leaders.”

“In particular, Church leaders are concerned for children – whether biologically born to one of the partners, adopted or medically conceived. In reality, very few same-sex couples would bring children for the formal Church ordinance of naming and blessing, since this creates a formal membership record. But Church leaders want to avoid putting little children in a potential tug-of-war between same-sex couples at home and teachings and activities at church.”

There are approximately six million Mormons in America.