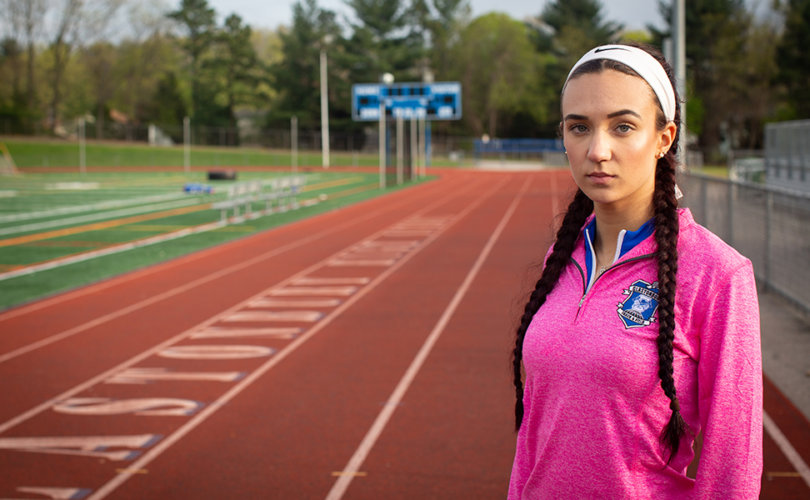 December 4, 2019 (LifeSiteNews) — Momentum continues to build for LifeSite’s petition supporting Selina Soule and her federal complaint against the Connecticut state policy that mandates biological boys claiming to be girls are allowed to enter girls’ athletics competitions.

“The petition, which was begun in July, just keeps growing,” said Scott Schittl, one of LifeSite’s campaign coordinators. “The fact that so many people have signed shows there is a deep unease about this in American society.”

Soule is a high school senior from Glastonbury, Connecticut, who lodged a complaint with the federal Department of Education’s Office of Civil Rights along with two other female athletes who remain unnamed because of their fear of retaliation.

The complaint alleges that the Connecticut Interscholastic Athletic Conference (CIAC) discriminated against biological girls and violated their Title IX rights.

Title IX was implemented in 1972 to help ensure that girls would have the same opportunities in sports as boys, and most observers agree that it has been successful.

In Connecticut and 19 other states, girls are now forced to compete against biological boys claiming to be “girls,” and these policies unfairly deprive biological girls of the right to a level playing field in competitions that they can never win despite their best efforts.

“150,000 people from all over the United States, and beyond, agree that the real discrimination taking place here is against female athletes who have worked hard to achieve success in their chosen sport … success which is being deprived to them because of the inherent and insurmountable advantages which biological boys naturally have,” said Schittl.

“To many, many people, this is totally unfair and totally unacceptable,” he concluded.

The Department of Education’s Office of Civil Rights is investigating Soule’s complaint.