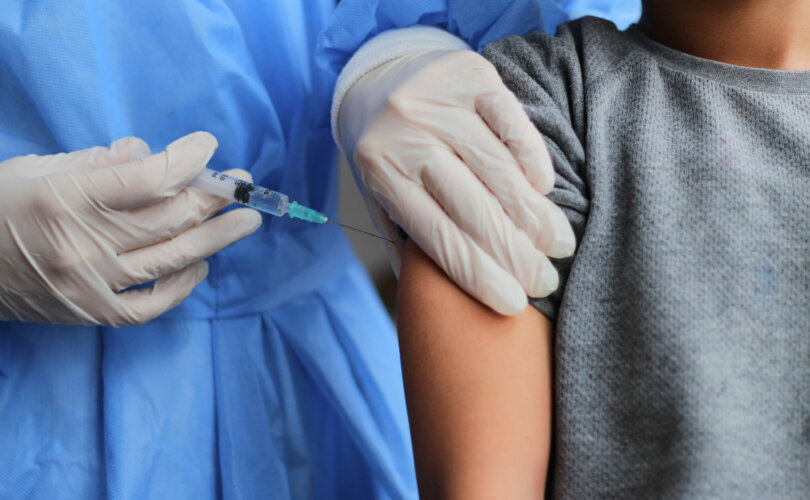 A full 17 percent of the high schoolers who were studied showed an onset of heart problems after their second Pfizer jab, including palpitations, chest pain, shortness of breath, and dizziness or fainting, according to research published January 5 by the peer-reviewed European Journal of Pediatrics.

The study used electrocardiograms (ECGs), which record the heart’s electrical signals, to observe changes in ECG parameters after both the first and second Pfizer COVID shot in 4,928 students from Taipei City, the capital of Taiwan. Over 90 percent of the students were male.

While concerning changes in heart activity were observed after the first Pfizer dose, such as the onset of chest pain in 2.1 percent of the students, significantly larger increases in students’ cardiac problems were observed following the second injection.

As the research paper concluded, “After the second dose of BNT162b2 vaccine in a young population, cardiac-related symptoms were common.”

The researchers noted that “underlying disease was present in 109 (2.2%)” of the subjects, “with simple congenital heart disease in 33, mitral valve prolapses in 36, arrhythmia in 36, Kawasaki disease in 11, and previous myocarditis in 2.”

The study’s findings appears to corroborate other studies which have found significant increases in heart problems, such as myocarditis, following COVID “vaccination,” particularly in young males.

For example, a preprint study from Thailand found cardiovascular effects following the Pfizer injection in 29.24 percent of participants, including tachycardia, palpitation and, in one patient, myopericarditis.

A steady slew of sudden collapses and deaths among the jabbed has raised further questions about the potential dangers to the heart posed by the mRNA COVID injections.

This alarming trend, following the rollout of the COVID vaccines, has been particularly pronounced among young athletes. In April 2022, Dr. Joseph Mercola pointed out that over 700 athletes “collapsed on the field during a game from March 2021 to March 2022.” The average age of those who experienced heart-related trauma was 23.

Reinforcing such concerns is a recently surfaced undercover video revealing a Pfizer scientist admitting that the company knew of the mRNA COVID-19 shots’ potential risk of myocarditis. The results of the company’s testing for heart inflammation and damage from the jab were not publicized and do not appear on Pfizer’s website.