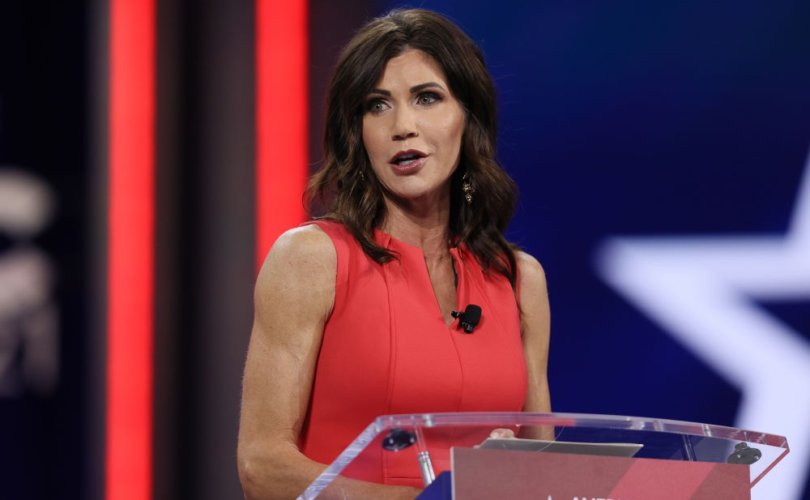 “Over the last several months, countries around the world dropped mandatory vaccine requirements for visitors from Australia to Israel to almost every country in Europe,” the letter states. “In total, as of July 2022, 72 countries dropped all COVID-19 testing and vaccination requirements for travelers.”

“The continued requirements, even as other countries are moving in the opposite direction, put us at a competitive disadvantage as our states work to welcome international travelers, attract foreign business prospects, and host global athletic competitions,” the letter continues.

Your actions are hurting our states’ economies and unnecessarily hampering our economic growth as a nation.

“As COVID-19 vaccination rates remain high and hospitalization levels remain manageable, continuing your international travel vaccine mandate becomes indefensible,” the letter concludes. “The rest of the world is moving on from the COVID-19 pandemic and returning to normal. It is time for your Administration to do the same.”

Biden announced jab requirements for foreign entry into the United States in October. The requirements mandated that noncitizen nonimmigrant travelers to the United States over the age of 18 must show proof of vaccination to enter the United States by air. In January, the DHS imposed a “temporary rule” that extended the mandate to land and ferry entries. The rule became indefinite in April. Former President Donald Trump had originally closed the borders to non-U.S. citizens at the start of the COVID-era in 2020.

Last week, a handful of GOP Congressmen sent a similar letter to Joe Biden, also asking him to end the foreign jab mandate, and highlighting the example of other countries. “In maintaining societies open to lawful commerce and travel, these nations affirmed that Covid-19 is not a legitimate reason to arbitrarily shut down healthy, constructive interactions among the human race,” the Congressmen stated.

“By failing to similarly affirm this reality, your administration is coercively forcing noncitizens to choose between their own bodily autonomy and pursuing their lawful interests,” they added.

Last month, the U.S. Centers for Disease Control & Prevention (CDC) unveiled a proposed regulation that would continue the mandate for non-citizen visitors flying into the U.S. to produce proof of vaccination before being allowed into the country.

However, the jabs have been linked to severe side effects, ranging from heart inflammation to infertility and even death.

In March, it was found that 11,289 cases of pericarditis/myocarditis after COVID vaccination were reported to the federal Vaccine Adverse Events Reporting System (VAERS) database between January 1 and February 25 of this year, which is already 47% of the 24,177 reports for the same submitted in all of 2021. An April study out of Israel indicates that COVID infection alone cannot account for such cases, despite claims to the contrary.