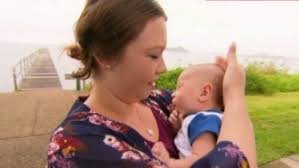 (LifeSiteNews.com) – A 17-year-old Australian girl said she has no regrets about giving birth to a child conceived while she was raped – even though she did not know she was pregnant for weeks, because she was in a coma.

Officials believe that last Easter, 17-year-old April-Lee Gillen was assaulted, sexually abused, and left for dead on a public road.

Police are still investigating what they believe was an attempt to kidnap April, but investigators think the young lady put up a fight and was able to escape from her abductors, according to the Sydney Morning Herald.

While walking home, she posted a Facebook status at the time of her disappearance saying, “Phones on 1 per cent walking from warrawong to berks and some Asian guy just stopped me telling me to come home with him cause it’s safe and I need help wtf sos.”

She was “just a 17-year-old girl walking alone in a dark street when she encountered this,” Acting Police Superintendent Andrew Koutsoufis said. “I can't imagine how horrific it would have been.”

“We believe that she was dragged into that vehicle and something happened in that vehicle, and shortly afterwards she was ejected from that vehicle, dragged along, where she suffered some serious injuries,” Koutsoufis said.

April said she followed her mother's advice, remembering that she said, “'April, if you’re ever not safe and you need help, just scream as loud as you can…Help will come for you…But put up a good fight April.’ And that’s what I must have done.”

Gillen was later found by a passing motorist lying in the gutter, unconscious.

She was taken to Wollongong Hospital, where she was treated for a broken ankle, collapsed lung, and blood on the brain. Gillen was so badly injured that doctors had to remove a section of her skull in emergency surgery in order to ease the pressure on her brain. Then they put her into an induced coma.

At that point, doctors discovered that April was roughly four weeks pregnant.

The head injuries resulted in several months of short-term memory loss while April was recovering.

During that time, she kept forgetting that she had been told she was pregnant.

“I said, 'Am I pregnant? Oh my goodness!' And then I would forget, because I had that thing still where I'd forget each day,” April told the TV show A Current Affair. “And they'd tell me each day.”

Despite her severe injuries, the young lady never considered aborting her child.

“I said to mum, ‘It’s a little baby!’ And I said ‘Oh I’m giving birth to him’ or ‘I’m bringing him into this world, so I’m not going to think about getting rid of him at all,’” she said.

April's mother, Leonie, said she was initially concerned about her daughter's health, being badly injured and pregnant, but soon came to fully support her decision.

“At first I've got to admit I was concerned,” Leonie said. “But then later on, as April healed much more, she was clearer, well spoken, and quite determined in what she wanted.”

April gave birth to a baby boy, whom she named Jacobie, on Christmas Eve.

April said Jacobie is “a beautiful boy just like his mum, a little boy version of his mum.”

Leonie said, “It's the best decision we've made.”

April’s mother, Leonie, has called on anyone with information about her daughter’s attempted abduction to come forward or contact Crime Stoppers Australia at 1-800-333-000.