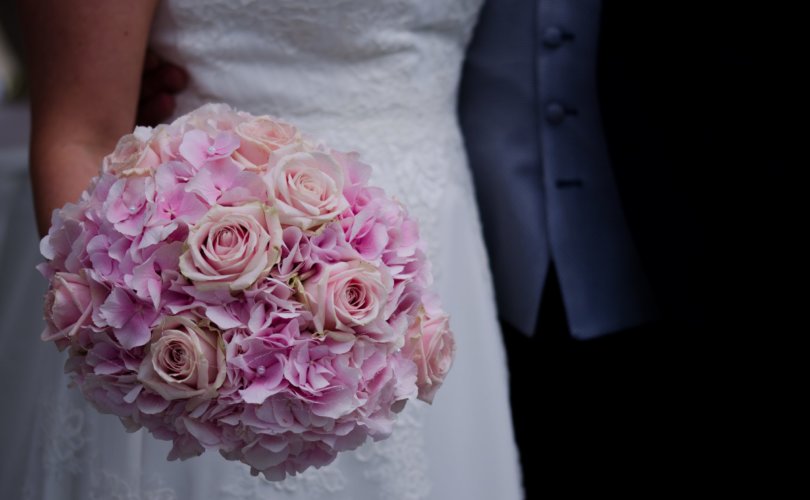 The young woman known thus far as Madeline said in various media interviews that she was let go because her Christian view did not allow her to vote yes in Australia’s voluntary postal survey on gay “marriage.” The plebiscite runs from September 12 through November 7.

Sims posted on Facebook that she had “fired a staff member who made it public knowledge that they feel ‘it’s OK to vote no,’” and that she viewed saying so as hate speech. The social media account was inactive at press time.

“Advertising your desire to vote no for [same-sex marriage] is, in my eyes, hate speech,” Sims said.

She said “there were prior conversations had,” so it wasn’t a case of “you’re voting no, you’re fired.”

Sims said having an employee who was “extremely out & proud” about her views on homosexuality was a risk to her customers and equated a “no” vote with being homophobic.

Sims’ brother reportedly asked Madeline to take the “it’s OK to say no” message down from Facebook, but Madeline had gotten no word from Capital Kids Parties until she was fired.

The Coalition for Marriage’s Bill Shorten declined to comment on this specific case but said, “People should not be dismissed from their employment for having different views about marriage equality.”

“People’s job security shouldn’t be threatened by that,” he said. “No one should risk losing their job because they are either voting yes or no.”

The Guardian report said the Australian Capital Territory (ACT) Human Rights Commission affirmed it could be illegal to fire an employee or contractor for their religious and political views, along with their sex, gender identity or sexuality.

“You can bring a complaint on that basis,” discrimination commissioner Karen Toohey said. “It’s a decision for the ACT civil and administrative tribunal [to determine].”

Both Sydney University associate professor Belinda Smith and Tim Lyons, research fellow for progressive think-tank Per Capita, said the law protects political and religious views of employees and contractors, irrespective of whether they support or oppose gay “marriage.”

“If religious convictions are a protected attribute – as they are in [the] ACT – then generally it is not permissible to fire someone for those convictions. This could constitute direct discrimination,” Smith said.

She noted, though, that employers “can generally prescribe what workers can and can’t say and do on the job to clients.”

Laws banning discrimination based on a person’s religious or political convictions protect both sides, Lyons said.

“As long as the expression of your views isn’t threatening people in the workplace … and is not hate speech, then clearly you’ve got a right to your views,” he said. “The irony is that people on the right loudly protesting the so-called politically-correct thought police will have their rights protected by those laws as well.”

Saying “it’s OK to vote no” was “a pretty gentle way of stating a view” that would not constitute hate speech or vilification, said Katharine Gelber, a University of Queensland professor and free speech expert.

Any alleged violation of employer policy would hinge on whether an employee or contractor was identified with the employer on their social media account, Gelber said.

“It’s not unusual for employers, particularly in the public service, to have strict guidelines about political issues,” she said. “Employers are increasingly controlling the views of their workers on social media, which could be seen as an overreach.”

A recent poll conducted by international Internet-based market research firm YouGov indicated 59 percent of Australians said they were in favor of changing the law to allow same-sex “marriage,” with saying 33 percent they were not in favor and 9 percent who did not know. A Guardian Essential poll released around the same time had 55 percent favoring legalizing gay “marriage” and 34 percent opposed.