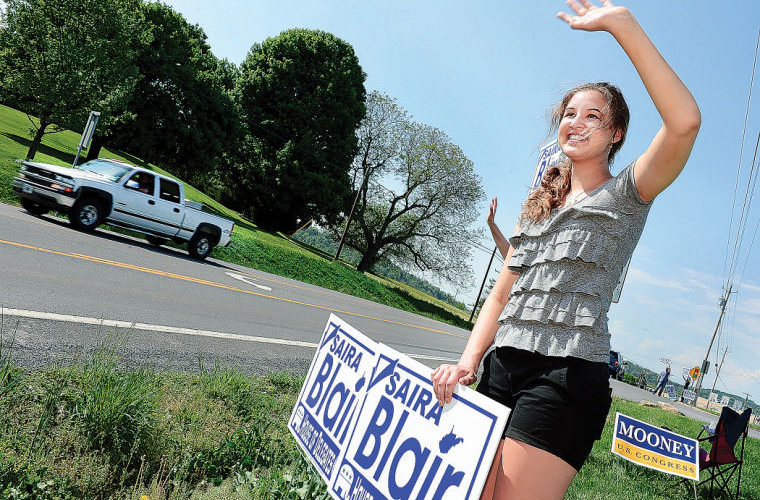 One of the remarkable Republican wins in the U.S. 2014 midterm elections is that of a young pro-life and family West Virginia woman who was not old enough to cast a vote for herself when her campaign began.

Eighteen-year-old Sara Blair won a seat in the West Virginia House of Delegates with 63 percent of the vote, The Sydney Morning Herald reports, extraordinary not only because of her age, but also because her “landslide” win was in a Democrat stronghold after a campaign run from her parents’ kitchen table.

Blair, the daughter of West Virginia State Senator Craig Blair and his wife Andrea, was unabashed in her stance on the issues, listing, “Uncompromising Principles” before, “Important Principles” on her campaign Issues page.

Life and family ranked in her top tier.

“I’m pro-life and proud of it,” Blair stated on her page. “I believe that life begins at conception, so I consider abortion the act of taking human life.”

She said she found it hard to believe that, given the choice, any child would choose death over life, and said knows she certainly wouldn’t.

“I also know we should not spend our tax dollars to fund such procedures,” said Blair. “I’ve been blessed with life and I believe every child should have that opportunity.”

She placed family as a priority not to be compromised as well.

“I believe marriage is the holy union of a man and woman as husband and wife under God,” Blair said on her webpage. “My grandparents have demonstrated this relationship with 54 years of wedlock.”

Economics and a shifting political climate in West Virginia may have come into play in her victory, The Morning Herald speculates, saying the decline of the coal industry cut into Democrat unions’ power in the area, and also citing the White House’s opposition to coal in its promotion of climate change legislation.

The Herald listed more of Blair’s positions, stating she “ran on a platform that would do a southern Tea Partier proud.”

Economics was a focus of her campaign.

“I’ve watched too many kids my age leave the state because they can’t find a good paying job,” Blair told Fox News. “And I want to bring business back to the state of West Virginia.”

But the newspaper also cited a profile done on Blair by the local PBS station during the campaign that showed her with volunteers in her parents’ home hand-addressing 4000 notes for constituents.

In it Blair was asked why she challenged a two-time incumbent, Republican Larry Kump, in the primaries (Blair beat him by 20+ percent). She graciously responded that she was not running because she thought he had done a bad job, only that she wanted to represent the 18,000 voters of the district herself.

“I want to be a part of making sure that my generation stays in West Virginia,” said the youngest state lawmaker in U.S. history. “I want to cultivate economic growth.”