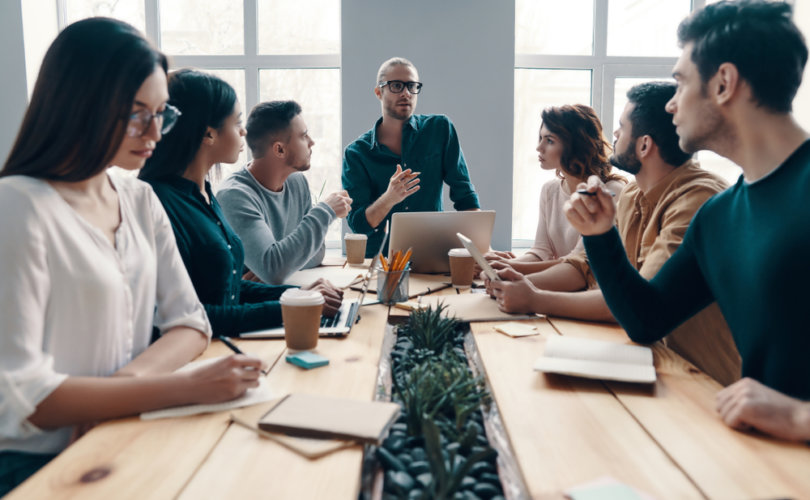 NEW YORK, June 10, 2019 (LifeSiteNews) – Twitter/Square CEO Jack Dorsey joined more than 180 other U.S. CEOs in a campaign organized in part by abortion-giant Planned Parenthood to declare that newly enacted abortion restrictions in various states go “against the values of their companies” and are “bad for business.”

Appearing today as a full-page ad in The New York Times under the heading “Don’t Ban Equality,” Dorsey and CEOs from corporations such as Yelp, Slack, Tinder, Ben & Jerry's, H&M, Glossier, and The Body Shop signed a letter stating that laws restricting abortion inhibit “our ability to build diverse and inclusive workforce pipelines, recruit top talent across the states, and protect the well-being of all the people who keep our businesses thriving day in and day out.”

The letter declared that “it's time for companies to stand up for reproductive health care,” while arguing that restricting abortion threatens “the health, independence, and economic stability of our employees and customers.” Such laws, the letter says, are “against our values, and is bad for business.”

Abortion claims the lives of an estimated 880,000 human lives each year in the U.S. alone. The letter represents an estimated 108,000 workers. This means that for every worker represented by the letter are 8 preborn babies who have been destroyed by abortion.

The campaign is the brainchild of Planned Parenthood Federation of America, American Civil Liberties Union (ACLU), and NARAL Pro-Choice America and the Center for Reproductive Rights. They joined with DontBanEquality.com, where business leaders can add their names to the pro-abortion missive.

In a statement, NARAL president Ilyse Hogue thanked the execs for “taking a stand on behalf of their employees, customers, and communities.” She added, “We encourage the entire business community to join us in protecting access to reproductive health care in the critical months and years to come.”

The letter comes on top of a similar full-page ad in The New York Times that asserted that abortion is an essential human right. It was signed by female CEOs of seven companies including Thinx, Sustain Natural, and LOOM. Pressure came from various media giants, including Disney, WarnerMedia, and Netflix after Georgia passed heartbeat legislation, threatening to pull their operations from the state if the law goes into effect. “I think many people who work for us will not want to work there, and we will have to heed their wishes in that regard,” Disney CEO Bob Iger told Reuters. “Right now we are watching it very carefully.”

Less than one month ago, Republican Gov. Kay Ivey of Alabama signed legislation that bans most abortions, while establishing a 99 year sentence for those who commit abortion. Arkansas, Georgia, Indiana and Missouri have passed similar legislation this year.