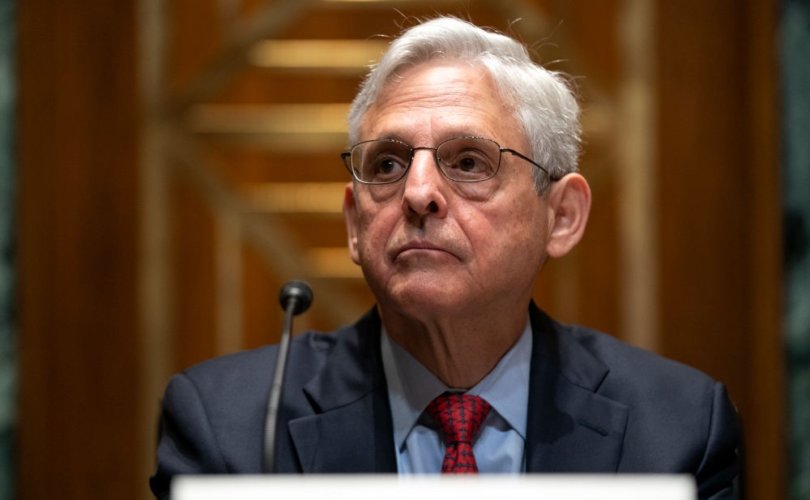 The letter addressed to U.S. Attorney General Merrick Garland came just days ahead of the Supreme Court’s landmark ruling overturning Roe v. Wade on Friday, and called on the Biden administration to draw its attention to the “recent spate of terroristic threats and acts directed at pro-life organizations around the country.”

AG Yost & 18 other states urged US AG Garland to take swift action in response to recent terrorist acts against anti-abortion organizations, calling the lack of action intolerable, politically motivated & in violation of his oath of office.
Details: https://t.co/xoHaG773mK pic.twitter.com/7efpbnmacQ

Yost and the 18 other signers of the letter noted that pro-abortion violence targeting pro-life centers and churches have amped up after the leak of a draft opinion in the Dobbs v. Jackson Women’s Health Organization case, which suggested the Court was poised to overrule Roe and thereby put an end to the federal “right to abortion.”

The letter observed that have been at least 20 attacks on pro-life centers or offices since the draft opinion was leaked.

The attorneys general highlighted militant pro-abortion group Jane’s Revenge as one of the prior perpetrators of pro-abortion violence. The group has taken credit for pro-abortion vandalism and firebombings across the country, and recently declared “open season” on pro-life organizations.

“The Department of Justice must investigate and prosecute these terroristic threats and acts. It should start with Jane’s Revenge — the FBI has more than enough resources to determine the organization’s members and to track down those carrying out these acts of violence, which qualify as terrorism under federal law,” the attorneys general said, adding that “while Jane’s Revenge offers an obvious starting point,” more pro-abortion extremists should be investigated.

Yost and the other attorneys general concluded their article by offering the services of their offices “to aid in these investigations and prosecutions.”

“In America, we solve our differences with debates and ballots, not with bricks and Molotov cocktails,” Yost wrote, noting that “[p]olitical violence — no matter the cause, and no matter the perpetrator — must be punished, and harshly.”

It’s unclear whether Garland will respond to calls to respond to pro-abortion attacks. In a letter Friday after the U.S. Supreme Court’s monumental decision overturning Roe v. Wade, Garland decried the Court’s elimination of what he termed “an essential component of women’s liberty.”

Garland said the “DOJ will use every tool at our disposal to protect reproductive freedom.”

Meanwhile, the letter from 19 attorneys general calling for federal investigation into violent pro-abortion attacks came alongside a similar ask by congressional Republicans, who this week urged the FBI to declare Jane’s Revenge members “domestic terrorists.”

“These violent acts violate U.S. and State law, and the group itself has claimed intent to intimidate civilians and government officials,” the congressmen wrote. “You must use the full extent of your powers under the law to fully prosecute these criminals and prevent further crime.”

Jane’s Revenge has vowed a “Night of Rage” in response to the Supreme Court’s decision to roll back the federal “right to abortion.”