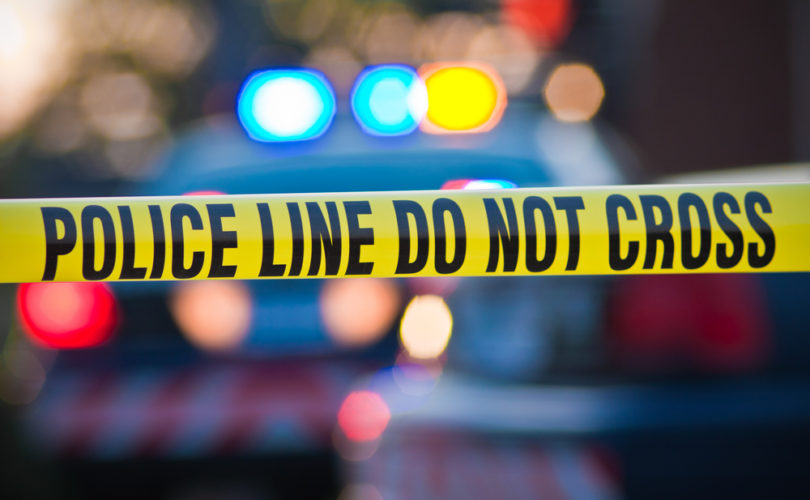 March 13, 2019 (Society for the Protection of Unborn Children) — The escalating media and legal attack on peaceful pro-life vigils has erupted into physical violence, as police investigate incidents in Manchester and Nottingham.

Three elderly members of the local 40 Days for Life group were targeted by an angry individual outside the Fallowfield abortion clinic on Friday morning. The assailant screamed obscenities at the praying pensioners, and sent chairs and leaflets flying. Leaflets and placards were also hurled over a fence.

Aileen Power, a 75-year-old SPUC member who was present, told the newspaper Mancunian Matters that it was “sad that people would do that when we're just trying to save lives.” Another attendee, Tom Gill, 75, said he had “never seen anything like that” in the 15 years he has been attending such events.

Greater Manchester Police confirmed they were called to an incident at the Marie Stopes clinic just after 10.50am on Friday. They said the matter is being treated as a Public Order Offence and investigations are ongoing.

On Thursday last week, three volunteers, including local leader John Edwards, were praying outside the Queens Medical Centre in Nottingham. Mr Edwards told SPUC: “Shortly before 5pm, a young man approached the three volunteers who were present, including me. We were praying quietly. He swore abusively and then threw a jug of yellow liquid at us. The liquid was lumpy. It hit one member of the vigil in the face, hair and body, and the other two of us on our bodies, clothes, shoes. He then disappeared. None of the vigil members responded in any way.

“There were three volunteers present: two female volunteers and me,” he continued. “None of us was injured. However, our clothes and shoes were covered in this liquid, and the volunteer who was closest to the man was quite shocked and upset by the viciousness of this experience. We were assaulted physically and verbally, and this left both the women visibly distressed.”

The police are currently investigating the incident, and have categorised it as a common assault. They are also considering the possibility that it was motivated by hatred of the attendees' religious beliefs, in which case it will also be a hate crime.

Since this year's 40 Days for Life campaign started last week, there have also been reports of aggression against pro-lifers in London, and Cardiff. In Cardiff, one protester dressed up as Jesus and boasted about making “a lot of noise”.

Robert Colquhoun, International Campaigns Director of 40 Days for Life, told Manchester Evening news: “40 Days for Life organise peaceful, prayerful and legal vigils outside of abortion centres in the United Kingdom. In nine years of ministry we have not seen a single substantiated case of harassment or intimidation by any of our volunteers in that time. We have however received abuse from passersby.

“It has been estimated in the last 5 years that thanks to all groups that organise prayer vigils in the UK outside abortion centres there are over 1,000 babies who were scheduled for an abortion, but are alive today thanks to volunteers who witness for life in a peaceful, loving and compassionate manner.”

The physical and verbal attacks come soon after the decision to ban the vigil in Richmond, and after an Aberdeen councillor repeated unsubstantiated and damaging claims against pro-life people.

John Deighan, Deputy CEO of SPUC said: “The violence targeted at pro-life people comes at a time when the media and abortion campaigners are conducting a vilification campaign against the pro-life movement. It is a disgraceful tactic which encourages violence and intimidation against peaceful people who are brave enough to stand witness for the lives of the unborn.”