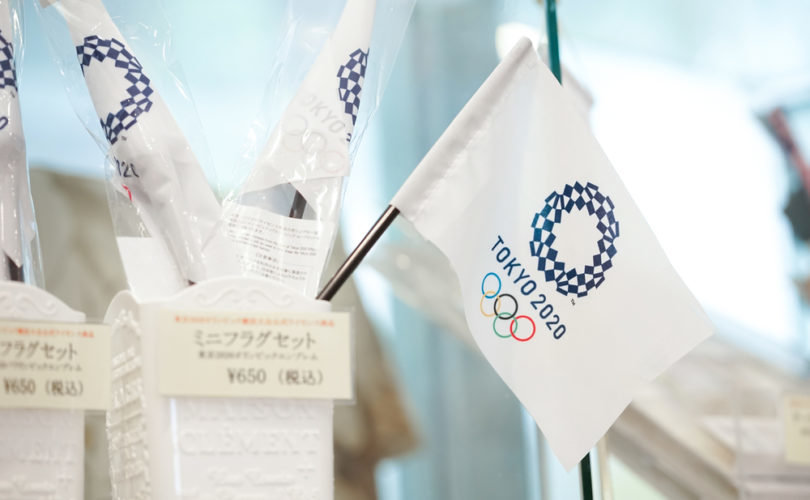 TOKYO, July 29, 2021 (LifeSiteNews) — Less than a week into the Tokyo Olympic Games, a total of 20 athletes have been pulled from the competition after they tested positive for COVID-19.

It is unclear precisely how many have been “fully vaccinated,” though reports indicate at least four had received full doses of the injection.

According to NPR, the 20 athletes pulled from the games are among nearly 200 people linked to the Olympics who have tested positive so far, including three athletes whose July 26 positive tests marked them for removal from the contest most recently.

One of the athletes who tested positive this week was Dutch tennis player Jean-Julien Rojer, who was forced to withdraw along with teammate Wesley Koolhof.

To date, the other two athletes’ identities have not been released.

The news comes in spite of high vaccination rates among Olympic competitors and strict adherence to COVID-19 protocols and restrictions including mandatory masking, regular testing, and increased sanitation measures.

While it is unclear exactly how many Olympians who tested positive are “fully vaccinated,” the International Olympic Committee (IOC) estimates that about 85 percent of athletes and staffers currently residing in the Olympic Village have gotten full doses of the jab.

Reports indicate that at least four athletes who have been booted from the games after testing positive so far were “fully vaccinated.”

On July 20, U.S. women’s gymnastics alternate Kara Eaker and U.S. women’s basketball player Katie Lou Samuelson were both forced to give up participating in the games after turning in positive tests despite having received full doses of the COVID-19 injections, Forbes reported.

The following day U.S. men’s beach volleyball player Taylor Crabb returned a positive COVID-19 test in Japan despite having gotten the jab and testing negative prior to departing from the U.S.

Other Olympians kicked out of the competition for testing positive, who may or may not have gotten the shot, include Netherlands skateboarder Candy Jacobs, British skeet-shooter Amber Hill, Serbian rower Miloš Vasic, Russian swimmer Ilya Borodin, and four Czech athletes, among others.

Those with positive tests have been pulled from their competitions or duties and forced to undergo a 10-day quarantine regardless of vaccination status.

Spanish golfer Jon Rahm, the number one ranking golfer in the world, was another athlete forced to give up participation in the Olympic games.

Rahm had gotten a single-dose Janssen injection in June but was forced to withdraw from the Memorial Tournament when he turned in a positive COVID-19 test result the same week.

Over 7 weeks later, Rahm tested positive for the virus yet again, and was forced to give up his spot in the Olympic Games.

“Jon Rahm received the vaccine 7+ weeks ago yet has tested positive for COVID-19 two separate times since,” wrote Joe Pampliano, founder of Huddle Up, a sports and business newsletter.

“The first test resulted in him missing out on a $1.7 million payday at the Memorial Tournament, and this time, he’s being pulled from the Olympics,” Pampliano wrote: “Absolutely brutal.”

Jon Rahm received the vaccine 7+ weeks ago yet has tested positive for COVID-19 two separate times since.

The first test resulted in him missing out on a $1.7 million payday at the Memorial Tournament, and this time, he's being pulled from the Olympics.

The Spanish Olympic Committee (COE) said in a press release that Rahm’s “positive case was detected after he submitted to a third consecutive PCR test, which is mandatory for everyone who has recently been in the United Kingdom.”

According to Spanish-language outlet El País, Rahm had recently been in the U.K. for the British Open, a prestigious golf tournament held in Scotland.

“Playing in Tokyo would have given me a chance to win an Olympic gold medal for my country,” wrote Rahm in a tweet July 25. “I would have loved to have been the first Spanish Olympic gold medalist in golf, but unfortunately destiny had other plans. This is a great reminder for all of us that we’re still in a pandemic.”

Rahm was not the only golfer forced to withdraw. U.S. golfer Bryson DeChambeau, the number 8 male golfer in the world, was also compelled to give up his spot after testing positive prior to leaving for Tokyo.

Meanwhile strict COVID-19 protocols hamper Olympians not yet been pulled from the competition.

Just yesterday three members of the Australian athletic squad were briefly forced to undergo isolation and testing after Aussie pole vaulter Kurtis Marschall came in contact with American competitor Sam Kendricks who had previously tested positive for the virus.

Statements released by the Australian Olympic Committee (AOC) noted that “[m]embers of Australia’s track and field team at the Tokyo Olympic Games are isolating in their rooms as a precautionary measure following news of a COVID positive finding with a member of the U.S. track and field team.”

The athletes, who are all “fully vaccinated,” were finally permitted to resume their regular schedule after turning in negative tests.

Due to COVID-19 restrictions, the Tokyo Olympics is being conducted with no live audience while the city of Tokyo is under a state of emergency, reporting record COVID-19 cases.

News of the Olympic athletes’ removal from the games come amid increased urging from public health officials and mainstream media outlets to get the jab, while heavy-handed government mandates are becoming the norm.

The U.K., France, and Greece, among others, have already begun imposing vaccine passports and requiring health care employees to get the jab.

In the U.S., the Department of Veterans’ Affairs is mandating COVID-19 injections for its health workers, becoming the first federal department to require the shots.

On Monday, California and New York both moved to force health care workers and state employees to get the COVID-19 injections or be subject to daily testing as a condition of employment.

The increased focus on getting Americans “vaccinated” has not addressed increasing evidence that the shots do not stop people from getting COVID-19, the moral dilemmas involved in the production of the drugs, and a mountain of reports suggesting the injections are causing serious harm.

The CDC reported in May that it would stop counting “breakthrough COVID,” i.e. cases in which those who had been “fully vaccinated” nevertheless tested positive. At the time of the announcement, reports of breakthrough cases had exceeded 10,000 and deaths hit 535, though 16% of those fatalities were allegedly reported as asymptomatic or not related to COVID.