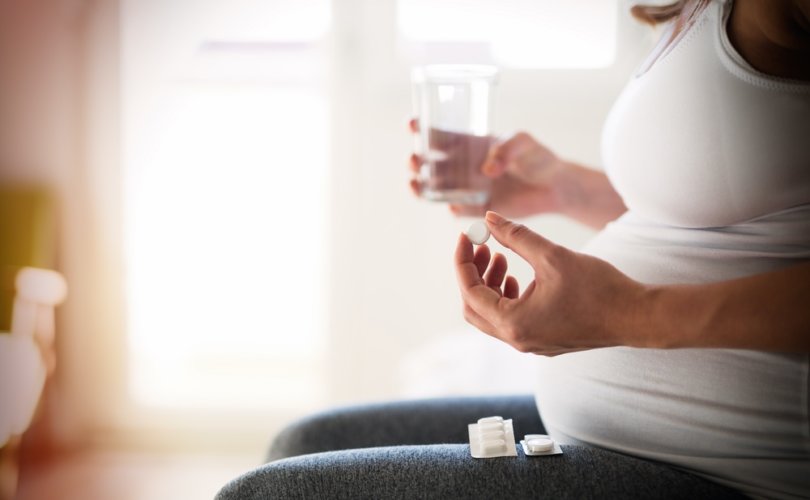 National Review reported yesterday that they had seen a letter from the Republican senators asking the FDA to “classify the abortion pill as an ‘imminent hazard to the public health’ that poses a ‘significant threat of danger’ and remove this pill from the U.S. market.”

The senators wrote that they were “especially proud of the FDA’s defense of the safety of women and children” as the “abortion industry” tries to circumvent its regulations. They described the abortion pill as “highly dangerous” and stated it has had a “devastating impact on American women and children.”

The letter details ways in which the FDA has been struggling with the abortion industry, which has been violating FDA protocols. First, the agency has tried to stop the illegal import of mail-order abortion drugs from foreign countries such as through Aid Access and Rablon. The senators note that there has been an increase in illegal trafficking of these drugs, helping predators kill the unborn babies of unsuspecting women.

“By openly violating FDA requirements, these foreign actors attempt to kick open the doors for sexual predators and men like Jeffrey Smith to obtain the pill for illegal purposes,” they wrote.

“You may be aware that [Jeffrey] Smith tried to slip abortion pills into his pregnant girlfriend’s water bottle after illegally obtaining the pills from online seller named Ursula Wing.”

Wing has called upon other sellers to carry on the illegal trade.

Second, the FDA has resisted the efforts of the abortion industry to use the coronavirus emergency to set aside the agency’s protocols, called the Risk Evaluation Mitigation Strategy or REMS. On July 13, 2020, a federal judge actually sided with the abortion profiteers, suspending the requirement that women who take the dangerous drug do so in person under medical supervision.

Chuang was under the erroneous impression that killing one unborn’s child is a woman’s “right.” He agreed that requiring mifepristone, the first half of the chemical abortion cocktail RU-486, to be administered in-person posed a “substantial obstacle” during a pandemic, and ruled that, “particularly in light of the limited timeframe during which a medication abortion or any abortion must occur, such infringement on the right to an abortion would constitute irreparable harm.”

The senators stated that Chuang’s decision was “rogue judicial activism,” a “gross breach of the separation of powers” which undermines the FDA’s  authority to ensure drug safety, and “recklessly endangered” women and children.

“The FDA must resist this opportunistic ploy to expand access to abortion under the fallacy that the REMS imposes an undue burden on women’s rights,” they wrote.

The senators also asked the FDA to examine an experiment abortion program conducted by a research group associated with Planned Parenthood. For five years this company, Gynuity, has been conducting a mail-order abortion experiment and it now directly affects 13 states. The study includes as young as 10. Gynuity uses women in the developing world as their abortion guinea pigs.

“In addition to placing the lives of American women and children at risk by offering their clinical study to girls as young as ten years old, they use women in Burkina Faso in their second trimester as research subjects, despite the high risk of infection and uterine rupture,” the senators wrote.

“This is also a region where emergency services and blood products for transfusions are in short supply. We find these practices and uses of human subjects to be highly suspect, and we ask the FDA take immediate steps to review these activities.”

The senators argued that these examples proved that there have been well-funded attempts to get the abortion pill deregulated ever since it was first approved by the FDA in 2000. They stated, too, that the Clinton administration approved it in the first place because of lobbying by the same groups. The senators believe this never should have happened.

“We believe this deadly pill should never have been approved, yet the abortion industry was politically rewarded with an accelerated approval process normally reserved for high-risk drugs that address life-threatening illnesses like AIDS,” they wrote.

“As you are surely aware, pregnancy is not a life-threatening illness, and the abortion pill does not cure or prevent any disease. Nevertheless, this pill that is specifically designed and intended to kill preborn children was raced to the market, with devastating consequences.”

Under the provisions of the FDA’s REMS, abortion pill providers have to be able to accurately date a pregnancy, recognize an ectopic pregnancy, and to be able to perform or arrange for a surgical abortion. However, without even those minimal safeguards, women are essentially performing DIY abortion on themselves. Meanwhile, RU-486 has caused the deaths of millions of unborn babies and at least 24 women.

“Of course, adverse events are notoriously underreported, which makes the true number impossible to assess.”

The senators added that “the abortion pill poses a four-times higher risk of complication than surgical abortion in the first trimester.” While supporting the FDA in its fight to keep minimal safety standards and shut down illegal abortion pill businesses, the senators concluded by repeating their request that the Agency remove the lethal drug from the market and declaring it an “imminent hazard to public health.”