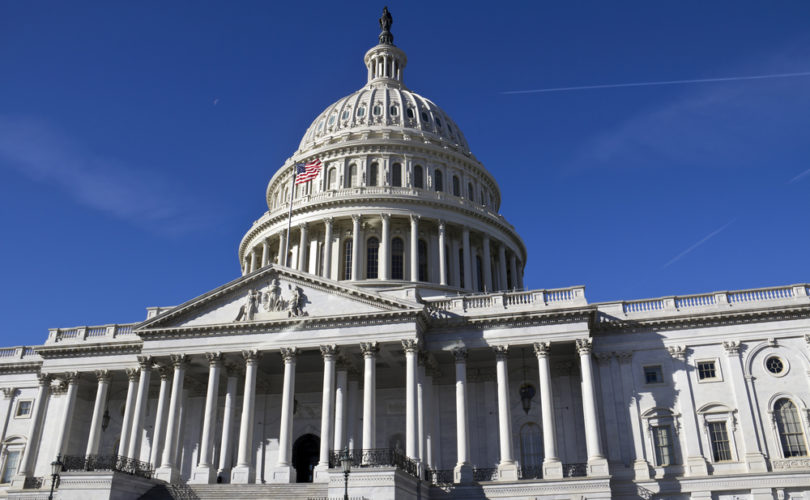 The “Pain Capable Unborn Child Protection Act,” or H.R. 36, will be a priority for the Republican majorities in both chambers, members of Congress and their staff tell LifeSiteNews.

Rep. Trent Franks, R-AZ, says he is “very optimistic that House Republicans will rally behind the bill.”

“Leadership has been very supportive of the initiative,” said Franks, who introduced the bill on Wednesday with Rep. Marsha Blackburn, R-TN. “I would certainly encourage the Republican party, as a whole, to never forget that the principle that birthed our party was a compassion for and commitment to protect a class of people that the U.S. Supreme Court said was not human.”

Franks told LifeSiteNews that if the GOP “should make the tragic mistake of forsaking the defenseless, no measure of success on other fronts can arrest its slide into moral and political oblivion.”

“After 20 weeks an unborn child can feel pain, and I hope my colleagues in the House will join me in standing up and defending the sanctity of life,” said Walberg, who supported the same bill in 2013.

With pro-life advocates confident the House will pass H.R. 36, as it did H.R. 1797 two years ago, it is the Senate that is under renewed pro-life pressure. There is a grassroots expectation that with the upper chamber led by the GOP for the first time since 2006, the Senate will pass H.R. 36 — something Senate Minority Leader Harry Reid, D-NV, did not do when he led the Senate last year.

While a Senate GOP aide was confident that “the Senate will be moving forward with the 20-week ban” once it is introduced, the aide said it would not happen as quickly as in the House. House Republicans are expected to pass the bill within weeks, but the staffer said that “because of the return to regular order, the bill has to go through the committee process before it reaches the Senate floor.”

Judiciary Committee spokesperson Beth Levine said that the committee's chairman, Sen. Chuck Grassley, R-IA, “hasn't made any definite plans on any issue, but he intends to move Senator Graham's bill through the committee.”

“That likely means a hearing and a mark-up,” explained Levine. “If the bill clears committee, as expected, it would go to the Senate floor for consideration by the full Senate where it will need 60 votes to pass.”

The 60-vote margin is a key difference between the House and Senate in terms of potential passage of the “Pain Capable Unborn Child Protection Act.” The bill will require at least six Democrats to cross the aisle and stand behind late-term gestational children, whereas in the House a simple majority will pass the bill in that chamber.

Franks said that while “the doors of reason and human compassion often close when the subject is related to abortion,” it is important that people “come together on this.”
“If we cannot at least declare that a completely healthy baby in the 6th month of gestation — which can feel pain and, in most cases, survive outside the womb — should not be torturously dismembered in the womb, then the hour is later than any of us realizes,” said Franks.