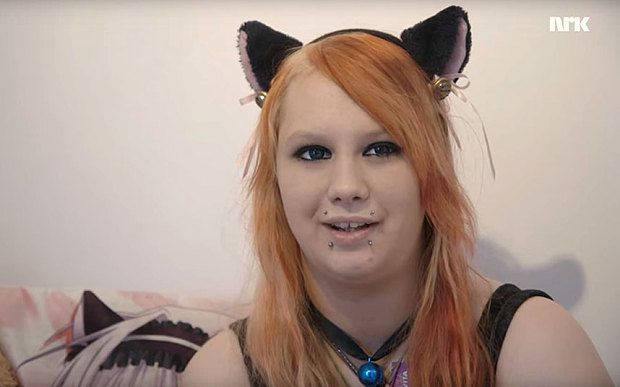 Nano speaks in 'meows' to her friend. She hisses at dogs, hates water, and says she has a superior sense of smell and can see in the dark.

“I was born the wrong species,” Nano says, explaining that because of a genetic defect, she is a cat trapped in a human body.

She speaks in “meows” to her friend. She hisses at dogs, hates water, and says she has a superior sense of smell and can see in the dark.

Her declaration has started a popular YouTube video, currently with over 1.3 million views. In her video, she wears large cat ears and a tail.  She also puts on pink fluffy paws to rub her face and gets on all fours to crawl and purr.

“I was born this way,” Nano proclaims.

“I have no idea if the story of the Norwegian woman who claims in a YouTube video to be a cat is meant to be serious or is simply a hoax,” Family Research Council's Peter Sprigg told LifeSiteNews. “But given today's 'identity politics,' I would not be surprised if she is serious.”

“Of course, the temptation is to say, 'This is obviously ridiculous.' You could look at the makeup of her DNA and at the anatomy of her body and know that she is a human being, not a cat,” Sprigg, FRC's senior fellow for policy studies, pointed out. “But the exact same thing could be said about a man who claims to be a woman (or vice versa), and yet today's political correctness dictates that we treat the latter claim with deadly earnestness.”

The pro-life leader said, “I recently read an Atlantic Monthly article from the year 2000 about people who seek to amputate healthy limbs because their image of themselves is as an amputee. There was another recent story about a 50-something man who claims to be a 6-year-old girl,” Sprigg said.

“All of these are, as the Atlantic article's headline put it, merely 'a new way to be mad.'”

“It is time to stop the madness and recognize that the identity dictated by objective physical reality trumps that dictated by our subjective mindsets.”

Meanwhile, Nano apparently wants people to treat her as if she were a cat. “My psychologist told me I can grow out of it, but I doubt it,” Nano says. “I think I will be cat all my life.”