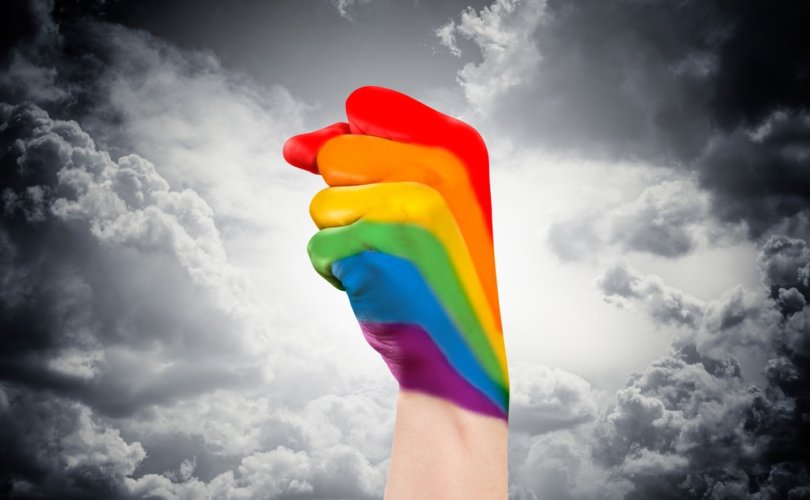 WASHINGTON, D.C., July 3, 2019 (LifeSiteNews) – More than 200 corporations have signed an amicus brief urging the United States Supreme Court to interpret the meaning of Title VII of the Civil Rights Act of 1964’s prohibition against “sex” discrimination to include “sexual orientation” and “gender identity.”

While many of the corporate signatories are household names, the brief was originated and authored by attorneys representing the interests of high-powered LGBT activist groups, including the Human Rights Campaign, Lambda Legal, Out Leadership, Out and Equal, and Freedom for All Americans.

The Human Rights Campaign (HRC) has issued a statement boasting, “The landmark brief has more corporate signers than any previous business brief in an LGBTQ non-discrimination case.”

“Emphasizing the scale of the support for LGBTQ workers, the brief lists all 206 corporations at both the beginning and end of the filing,” observed Law.com.

However, the number of corporations supportive of this legal effort is about half those who signed a brief in support of same-sex “marriage” in the 2015 Obergefell v. Hodges case.

In October, the nine justices will hear oral arguments concerning three consolidated cases in which lower federal courts arrived at disparate decisions concerning the termination of employees because of their “sexual orientation” or “gender identity.”

“Federal appeals courts are divided over the scope of protection for gay, lesbian and transgender workers under civil rights laws,” noted the Law.com report.

That division is exemplified in the three cases the court has chosen to hear:

The U.S. Justice Department under the Trump Administration is expected to argue that the term “sex” as cited in Title VII does not include civil rights protections for “sexual orientation” or “gender identity.”

The Alliance Defending Freedom (ADF) is also urging the Supreme Court to halt lower courts’ expansion of the definition of “sex” under Title VII.

“Substituting ‘gender identity’ for ‘sex’ in nondiscrimination laws … threatens freedom of conscience,” ADF asserted in April when it petitioned the Suprme Court to hear the Michigan Funeral Home case. “Statutes interpreted that way have the effect, for instance, of forcing doctors to participate in – or employers to pay for – surgical efforts to alter sex in violation of their deeply held beliefs … In sum, the Sixth Circuit ushered in a profound change in federal law accompanied by widespread legal and social ramifications.”

James Kirchick, a visiting fellow at the left-leaning Brookings Institute, has questioned whether expanding the meaning of “sex” under Title VII is necessary. Kirchick wrote last week at The Atlantic:

Gay people today do not face anything like the state-sanctioned terror inflicted upon African Americans during the 1950s and ’60s, when the major Civil Rights Acts were passed. And unlike the disparity between African Americans and whites a half century ago (or today, for that matter), gays economically outperform heterosexuals. A 2017 study conducted by two Vanderbilt University economists reports that gay men earn 10 percent more on average than their straight peers. (Researchers have long identified a similar trend among lesbians.) HRC’s Corporate Equality Index, which tracks LGBTQ inclusiveness among the country’s leading employers, reports that 609 companies earned a 100 percent rating in 2018. (Only 13 companies won this honor in 2002.) And while some businesses may discriminate against LGBTQ people in hiring, their numbers are dwindling and they regularly face pressure campaigns to change their practices.

Moreover, the majority of gay people live in the 22 states where nondiscrimination statutes are already on the books. A federal law will do nothing more to protect them. When I asked the Human Rights Campaign, the country’s leading gay-rights group, for statistics on the number of LGBTQ people annually denied employment, housing, or service at a hotel or restaurant due to their sexuality or gender identity, the group was unable to provide me with any.

Kirchick is currently writing a history of gay Washington.