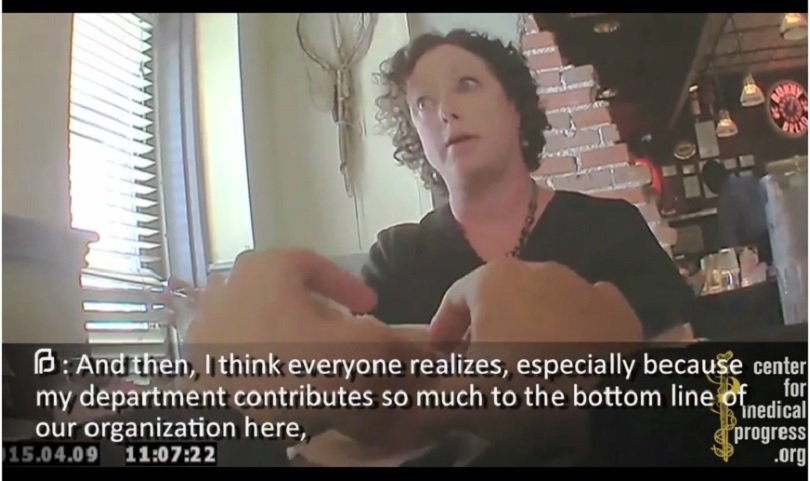 The pro-life Susan B. Anthony List (SBA) hosted a screening at the U.S. Capitol of the videos, which reveal that the nation's largest abortion business traffics aborted baby organs. To make a point, the pro-life group invited every Democratic staffer on the Hill – over 2,000 political operatives. They also invited the press.

At the screening, the room looked empty, as only seven Democratic aides showed up to view the videos. In fact, members of the media outnumbered the Democrats.

Most of the handful of Democrat attendees walked out early during the screening, after yelling to drown out the videos' sound. National Review reported that aides to Rep. Jan Schakowsky (D-IL), Rep. Judy Chu (D-CA), and Rep. Grace Napolitano (D-CA) left the screening after arguing that the entire 40-hour-long video series should have been screened.

Amy Kelbick, a senior policy adviser to Schakowsky, walked out before the screening began. Roll Call reported that Kelbick waited until Marjorie Dannenfelser, SBA's head, was about to speak, then began a disruption, insisting on seeing the entire 40-hour series.  Dannenfelser told the yelling staffer that she would have to leave if there were any more “continual interruptions like you are beginning now.”

“If the idea is that you prefer for these videos to not be shown so the heart of the matter cannot be discussed in the general dialogue and floors of the House and the Senate, you will really be robbing people the ability to see what's really happening,” Dannenfelser added.

When Kelbick was finally told the edited videos were queued up, she stood up and left, followed by aides for California Reps. Judy Chu and Grace Napolitano. One staffer admitted on the way out that they couldn't have stayed to watch the full-length footage anyway.

Dannenfelser also said that the entire 40 hours of footage is available for viewing at the SBA office. “Anybody is welcome to come to our office and stay there until you're done,” she said. Additionally, representatives from the pro-life group passed out bundles of DVD copies of the full, unedited footage.

Only two Democrats stayed to see the videos.

Dannenfelser was not surprised at the dismal turnout. “Horror is hard to look at,” she said.