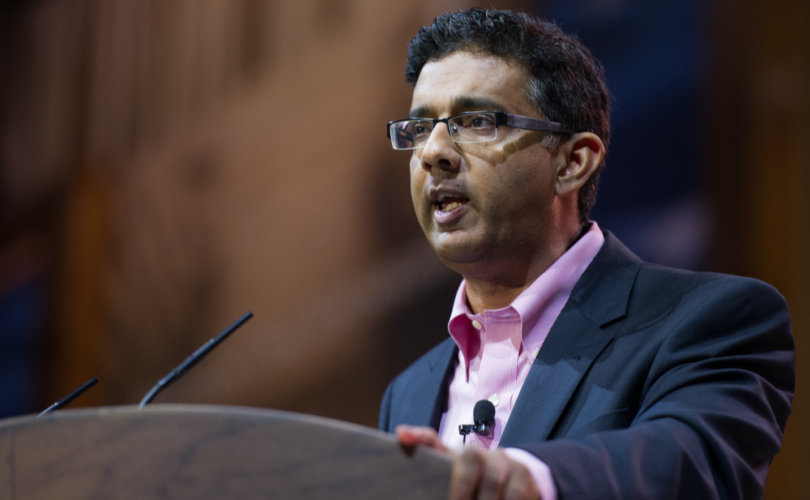 Dinesh D'Souza, the director of '2,000 Mules'.Shutterstock

For the 2,000 Mules documentary, D’Souza interviewed Catherine Engelbrecht, founder of the ‘True the Vote‘ advocacy group for election integrity, and Gregg Phillips, an OPSEC (operations security) cyber analyst. According to Engelbrecht and Philips, True the Vote obtained cell phone geo-tracking data for cities in the contested swing states of the 2020 presidential election. They said that, after observing patterns of movement from October 1 of that year until the election, they discovered thousands of cases in which individuals traveled to many mail-in ballot drop boxes within a two-week period.

In addition, they say that they obtained 4 million minutes of video surveillance footage from the drop box areas for the period leading up to the election. The footage apparently revealed ballot traffickers, called mules, stuffing several ballots into each drop box visited, often very late at night. The mules wore gloves when depositing the ballots and then used their phone to take a photo of the drop box before leaving.

These ballots are thought to have been obtained from non-profit businesses, which the mules were also observed to have visited en route to the drop boxes. Several of the ballot traffickers stated in interviews that they were paid by these non-profits for each ballot they deposited.

After 15 months of data analysis that involved combing through the cell phone geo-tracking information and matching it with thousands of hours of video footage, True the Vote’s conclusions include the following statistics:

In a count of ballot traffickers who visited at least 10 drop boxes and 5 non-profits, 2,000 mules were discovered in the five key swing states of the election. These mules averaged 38 visits to mail-in drop boxes and 5 illegal ballots per visit, totaling 380,000 illegal votes.

According to this calculation of illegal votes, the electoral votes from Michigan and Wisconsin would remain Biden’s, but those of Georgia, Arizona, and Pennsylvania would go to Trump, yielding a result of 279 electoral-college votes for Trump and 259 for Biden.

However, in a count of ballot traffickers who visited at least 5 drop boxes and 5 non-profits, 54,000 mules were discovered using geo-tracking and video surveillance. When counting an average of only 3 ballots per drop-box visit, the total of illegal ballots rose to over 810,000 illegal votes.

— Article continues below Petition —
PETITION: Call on Biden to condemn violent pro-abortion rioters across America!
Show Petition Text
19384 have signed the petition.
Let's get to 20000!
Thank you for signing this petition!
Add your signature:
Show Petition Text

According to the interview, these numbers come from only the limited amount of research that True the Vote conducted into the most contested cities and states of the 2020 presidential election, using publicly obtainable cell phone geo-tracking together with video surveillance footage of the drop boxes of the locations in question. True the Vote has promised to release in the coming weeks all the information they obtained regarding the non-profits that paid mules to traffic ballots for the election.

“This was an organized effort to subvert a free and fair election,” Phillips declared. “This is organized crime. You can’t look at this data in its aggregate and believe anything otherwise.”

The Associated Press (AP) accused the documentary and True the Vote’s research of using “a flawed analysis of cellphone location data and ballot drop box surveillance footage to cast doubt on the results of the 2020 presidential election nearly 18 months after it ended.”

UncoverDC responded to the accusations of false claims issued by the AP fact-check article in a lengthy rebuttal. Against the claim that cell phone geo-tracking was not accurate enough to support True the Vote’s analysis, the rebuttal pointed to a Supreme Court decision about the reliability of just such technology. Its judgment was to the contrary.

In response to the 2016 Supreme Court case, Carpenter v. United States, Justice Roberts wrote a 2018 opinion in which he describes the level of precision tracing afforded by pinging a cellphone using geofencing technology. “Accordingly, when the Government tracks the location of a cell phone,” writes Roberts, “It achieves near perfect surveillance as if it had attached an ankle monitor to the phone’s user.”

The Epoch Times gave the evidence presented in the documentary serious attention, drawing attention to the fact that the research of True the Vote prompted the State of Georgia, on April 25 of this year, to launch an investigation into ballot trafficking in the 2020 election. The Washington Times also published an opinion piece favorable toward the documentary. Other media reactions can be viewed here.

The documentary movie may be bought or rented at 2000mules.com.