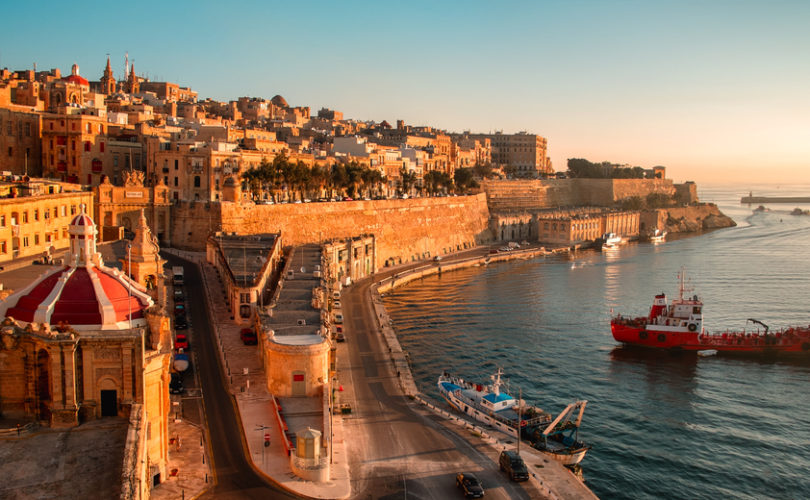 VALLETTA, Malta (LifeSiteNews) —Thousands of pro-lifers gathered in the streets of Malta’s capital Valletta to show support for the unborn and to protest against a bill that is currently being debated in parliament that seeks to legalize abortion.

Several high-ranking politicians, pro-life activists, and Christian leaders were present at the event, including Malta’s former president Marie-Louise Coleiro Preca and the leader of the Nationalist Party, Bernard Grech.

Archbishop Charles Scicluna of the Diocese of Malta also attended the rally that took place on December 4, as well as the evangelical preacher Gordon Manche.

Retired judge Giovanni Bonello warned in a video call that the proposed law would enable “abortion on demand,” and not just when the mother’s life is fatally threatened, as has been suggested.

He also argued that women, nurses, and doctors are already protected by the current law that completely prohibits abortion when it comes to pregnancies that pose a fatal risk to the mother, saying that “No nurse, no doctor, or woman [has been] taken to court because the pregnancy was terminated to safeguard the mother’s life.”

The leader of Life Network Foundation, Miriam Sciberras said that the new legislation was full of “vague” and “unclear” terms and it was therefore “not a door or window to abortion, but a runway to abortion.”

“We safeguard so many minorities, so many laws to protect animals, the environment, laws protect turtle eggs – but we don’t support the life in a womb?”

According to the Life Network Foundation’s press release, “20,000 people (4% of the population) have taken to the streets,” making it one of the largest pro-life events in Europe in recent history.

Malta’s current laws protect the right to life of the unborn child, as well [as] ensuring mothers are provided with all the medical care they need, resulting in zero maternal mortalities in the last 10 years. Malta’s doctors are protected by the law in cases when their actions result in the death of the unborn child, when they are acting to save the life of a mother.

Malta’s main pro-life group, Life Network Foundation, has condemned the Government abortion Bill, which, if passed, will allow abortion to take place in Malta for non-life threatening reasons, and in doing so has joined a group of 81 academics, 450 doctors, 44 institutions, the Medical Association of Malta, and Maltese Association of Psychiatry all of whom are against the introduction of the Government’s bill.

The bill, which is in the second of three readings, would allow abortion in cases when the mother’s “health” is deemed at risk. It is largely seen as the first step toward a wider acceptance and legalization of abortion in Malta, which currently does not allow any abortions. In order to become law, the bill must pass a third reading in parliament and be signed by the president.

Specifically, the bill says abortion would be permitted “when the termination of a pregnancy results from a medical intervention aimed at protecting the health of a pregnant woman suffering from a medical complication which may put her life at risk or her health in grave jeopardy.” However, pro-life advocates argue the language of the bill would effectively allow abortion up until birth for any reason under the guise of affecting the mother’s health.

According to Life Network Foundation, “If the government’s amendment becomes law, abortion will be allowed for any reason, because it ‘may’ affect the mother’s health. This includes mental health. In the [United Kingdom], one abortion happens every three minutes for ‘mental health’ reasons.”

Malta’s sitting president George Vella said that he is prepared to resign if the bill allowing abortion were to pass in parliament.

“If such a law is passed through Parliament after a debate and a vote,” Vella said in an interview in 2019 “and I was asked to sign it, I will have a strong moral objection and my only option would be to pack my things and leave. This is another issue I discussed before accepting my nomination: I will never sign such a law. I will not have it on my conscience.”

In 2021, when a bill was introduced into parliament to decriminalize abortion, a spokesman for Vella affirmed that “the President’s position remains unchanged.”

Malta has a population of around 519,000 and is one of the most Catholic countries in the world. 93,9% of the population identifies as Catholic and the Constitution of Malta still upholds the Catholic faith as the state religion of the country.