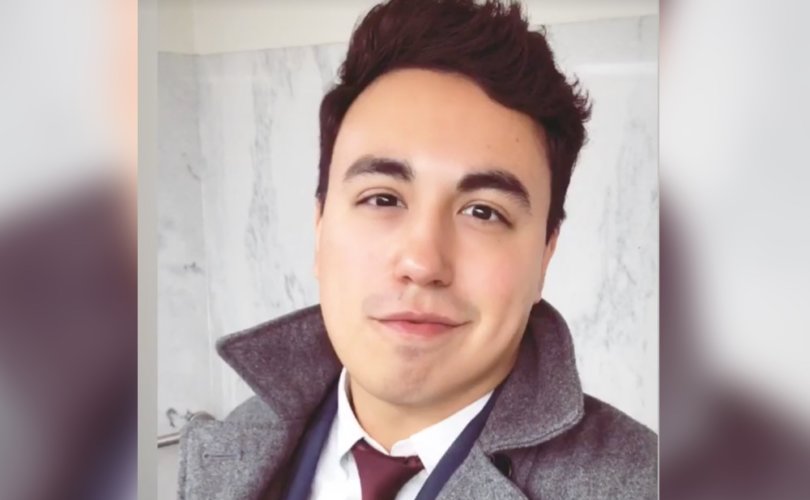 WASHINGTON, D.C., February 6, 2021 (LifeSiteNews) – A former Republican staffer who spoke at the 2013 March for Life as a college student has been arrested and charged with distributing child pornography.

“Between March 2020 and February 2021, an investigation revealed the suspect distributed, received and possessed images of child pornography,” the Metropolitan Police Department said in a press release. Detectives from the Metropolitan Police Department’s Youth and Family Services Division had worked on the case with detectives from the Internet Crimes Against Children Unit, the Northern Virginia Internet Crimes Against Children Task Force, and Homeland Security Investigations, according to the press release.

The news of the arrest appears to have first been posted on Twitter by @AnOpenSecret and Jared Holt, a research fellow with the Atlantic Council, a left-wing group. A number of the alleged details from the investigation that were posted are too disturbing to publish on LifeSite.

Students for Life of America released the following statement today:

This morning, on social media, the SFLA/SFLAction team learned of charges filed against a former employee Ruben Verastigui, related to child pornography.

Ruben Verastigui worked for Students for Life from Sept. 5, 2014 to Dec. 2, 2016, following some engagement when he was a student himself. He worked in an office doing graphic design and had no oversite [sic] or management of students. We have no knowledge of the allegations that we learned about today, the events of which took place after his tenure. Students for Life and SFLAction have numerous policies and practices in place to protect students and believes that crimes against children must be prosecuted to the full extent of the law. Students for Life and Students for Life Action works every day to protect children and condemns those who harm them in any way.

Citizens for Responsible Energy Solutions issued the following statement: “The details of the allegations against Mr. Verastigui are tragic and shocking. He is no longer employed by the organization and we are prepared to fully cooperate with law enforcement requests in this matter to any extent needed.”