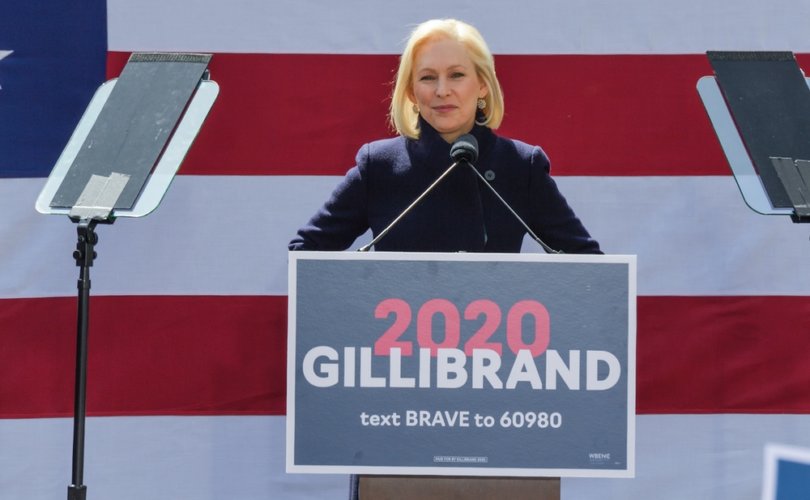 DES MOINES, Iowa, May 31, 2019 (LifeSiteNews) – Democrat presidential hopeful Sen. Kirsten Gillibrand (D-NY) – who shocked the nation last week when she said that laws banning or limiting abortions are “against Christian faith” – has now gone further, declaring that the Catholic Church is wrong on abortion, homosexuality, and the priesthood.

She also said she disagrees with the Church on “LGBTQ equality” and thinks Catholic priests should be allowed to marry and women should be ordained.

“I think they're wrong on those three issues,” said Gillibrand, adding, “I don't think they're supported by the Gospel or the Bible in any way. I don’t see it.”

“And I go to two Bible studies week,” insisted Gillibrand. “I take my faith really seriously. So I disagree.”

Gillibrand reiterated that she believes there should be no restrictions on abortion. Last week, she said in an Atlanta press conference that bills increasing protections for preborn babies with beating hearts are “horrifying.”

“Already this year, Mississippi, Ohio, Kentucky have all passed six-week abortion bills,” lamented Gillibrand, “with similar bills introduced in 10 other states. These are just some of the over 250 bills across the majority of state legislatures to restrict abortion access just this year.”