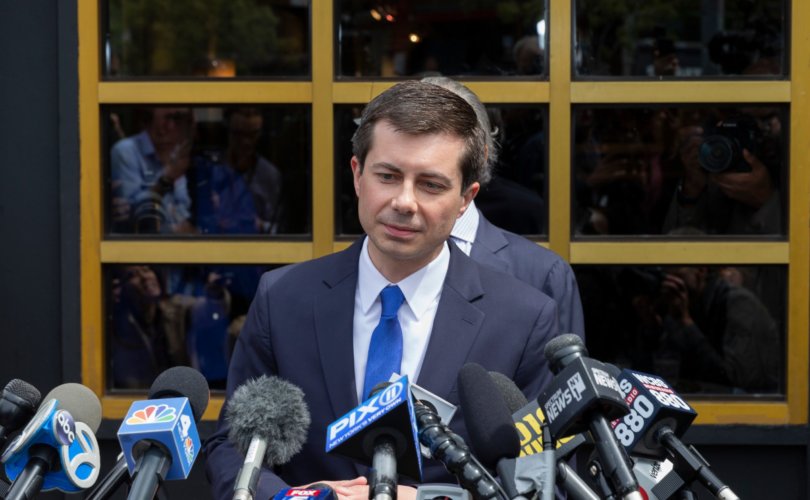 November 26, 2019 (LifeSiteNews) – All of the candidates currently competing for next year’s Democrat presidential nomination have staked out uncompromisingly pro-abortion platforms, and several have gone so far as to support making abortion pills available without a prescription, according to a survey released Monday by The New York Times.

The survey sent a list of questions to every participant in the 2020 Democrat primary (though it predates the entry of former New York Mayor Michael Bloomberg and former Massachusetts Gov. Deval Patrick). All responded except for Sen. Kamala Harris, Reps. Tulsi Gabbard and John Delaney, former Housing and Urban Development Secretary Julian Castro, and Montana Gov. Steve Bullock (whose positions were compiled from previous public statements).

Most of the answers predictably affirmed that the candidates enthusiastically support protecting and expanding abortion-on-demand, though of particular interest were their answers to “Make misoprostol and mifepristone available over the counter?” Mifepristone (better known as RU-486) is the first half of a chemical or “medication” abortion, which is generally taken at an abortionist’s office, followed by taking a second pill, misoprostol, to expel an aborted baby at home.

In lieu of a direct answer, Sanders sent a statement indicating he is “open to discussing ways to lower barriers of access for women to receive comprehensive reproductive care.”

Buttigieg elaborated on his affirmative answer in written remarks, declaring that before going through with the change the United States should lift the U.S. Food & Drug Administration’s (FDA’s) current “regulatory constraints limiting mifepristone’s distribution and prescription,” including “eliminating the Risk Evaluation and Mitigation Strategy (REMS) warning that ignores decades of evidence indicating that these medications are safe.”

Buttigieg did call for “more research into the pros and cons and unintended consequences of its use in the context of the United States,” but the rest of his answer indicates that medical complications aren’t the cons he has in mind; rather, “the unintended consequence of setting people up for a criminal investigation or even jail.”

As the FDA has told organizations that offer abortion pills by mail, the REMS requirements ensure that providers can “assess the duration of the pregnancy accurately, diagnose ectopic pregnancies, and provide surgical intervention in cases of incomplete abortion or severe bleeding, or to have made arrangements for others to provide such care;” give women “access to medical facilities for emergency care;” and more.

This, it explains, is important because mifepristone and misoprostol are “intended for a condition that is not amenable to self-diagnosis and treatment by a layperson,” so “adequate directions cannot be written such that a layperson can use the product safely for its intended use.”

Additionally, pro-lifers warn that even when “properly” taken, abortion pills are not only lethal to preborn children but more dangerous to women than advertised.

“As of December 31, 2018, there were reports of 24 deaths of women associated with Mifeprex since the product was approved in September 2000, including two cases of ectopic pregnancy resulting in death; and several cases of severe systemic infection (also called sepsis), including some that were fatal,” the FDA says, on top of 2,740 cases of severe complications from 2000 to 2012.

According to RealClearPolitics’ national polling average, Biden currently leads the Democrat field with 28.2 percent, followed by Sanders at 18.2 percent, Warren at 17.2 percent, Buttigieg at 9.6 percent, and everyone else below 4 percent.