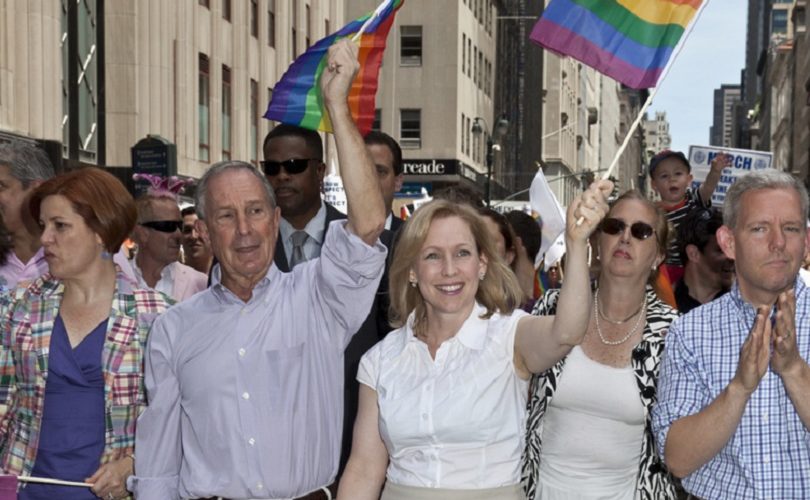 March 21, 2019 (LifeSiteNews) — Democratic presidential hopeful Kirsten Gillibrand is facing bipartisan criticism for a recent proposal to tackle opioid prescriptions, with pro-life observers noting a strikingly different standard from what she applies to abortion.

Last week, the New York senator announced she and Colorado Republican Sen. Cory Gardner are introducing legislation that would “create a seven-day prescription limit for opioids so that no more than a seven-day supply may be prescribed to a patient at one time for acute pain,” which they argue “would help restrict the excess supply of opioids and help minimize the risk of abuse.”

While others debate the wisdom of the proposal, pro-lifers took notice of the way Gillibrand phrased her case for the measure in a follow-up tweet, particularly her claim that “no one needs a month’s supply for a wisdom tooth extraction.”

If we want to end the opioid epidemic, we must work to address the root causes of abuse. That’s why @SenCoryGardner and I introduced legislation to limit opioid prescriptions for acute pain to 7 days. Because no one needs a month’s supply for a wisdom tooth extraction.

Gillibrand’s support for government intervention based on perceived “need” for a particular treatment stands in stark contrast to various statements she’s made against pro-life laws encroaching on the decision-making process between a woman and her abortionist.

A woman’s health care decisions should be made between her and her doctor. No one else.

When women talk with their doctors, making personal decisions about their health, bodies, and families, Congress should stay out of the way.

Whatever the merits of regulating opioid prescriptions may be, they constitute actual medical care (which is generally regulated to some extent without controversy anyway), while abortion does not.

Further, the “benefits” for which the vast majority of abortions are sought aren’t health-related, but rather for financial, relationship, or other personal motives. Rare cases require delivering a baby early or administering life-saving treatment that could indirectly harm the child, but experts such as pro-life OB/GYN Dr. William Lile and ex-abortionist Dr. Anthony Levatino agree that abortion itself is never medically necessary.

Various commentators and Twitter-users seized upon Gillibrand’s tweet to accuse her of hypocrisy:

From her Senate website: “Senator Gillibrand believes that a woman's medical decisions should always be made between her, her family, and her doctor – not by politicians.”

Also Senator Gillbrand: I am the decider of how much and how long you need pain meds. https://t.co/0i8pv02vYK

Shouldn’t this be between the patient and her doctor, sort of like, you know…. https://t.co/9JoKMfzccq

Don't you think what a patient needs or doesn't need should be decided by the patient and her doctor? Or are you “anti-choice”

Now you know that only applies to infanticide(killingbabies)which the left believes in. If they weren't hypocritical they wouldn't have any policies.

Gillibrand holds 100-percent pro-abortion ratings with Planned Parenthood and NARAL; has called the prospect of the Supreme Court overturning Roe v. Wade and letting states decide their own abortion laws “literally the biggest civil rights issue, certainly in my lifetime, for women”; and defended Planned Parenthood while declaring she wouldn’t watch the undercover videos revealing its sale of aborted baby parts.

Most recently, she (along with every other Democrat senator running for president) voted against legislation that would have required abortionists to transfer newborns to hospitals for medical care if they are delivered alive following attempted abortions. President Donald Trump predicted that the vote would be “remembered as one of the most shocking votes in the history of Congress,” because if “there is one thing we should all agree on, it’s protecting the lives of innocent babies.”