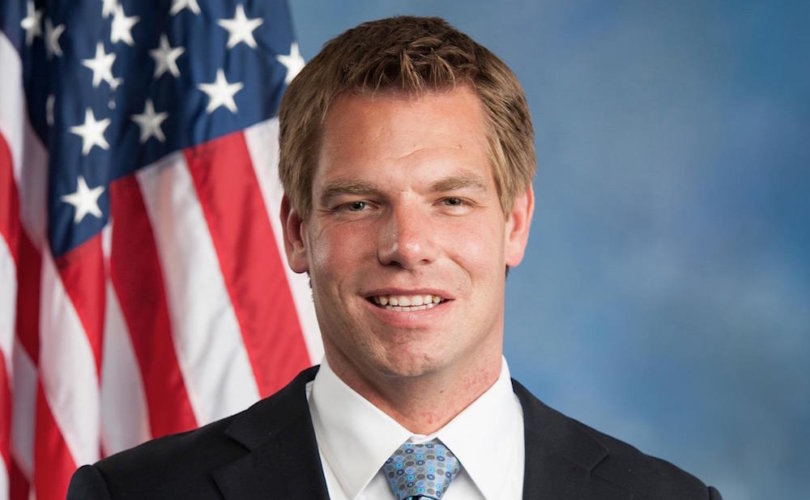 April 24, 2019 (LifeSiteNews) – The tweet currently pinned to the top of Democrat presidential hopeful Eric Swalwell’s Twitter account is raising eyebrows in light of his uncompromising advocacy of legal abortion.

On April 15, the California congressman tweeted that the “right to live is supreme over any other,” as part of a message that stricter gun control would be “my number ONE priority as President”:

The right to live is supreme over any other.

We started our campaign with the Parkland community because ending gun violence will be my number ONE priority as President. #EnoughIsEnough

Yet Swalwell emphatically believes the “right” to abort a preborn child is even more supreme, as evidenced by his 100% pro-abortion ratings from Planned Parenthood and NARAL, or his boasting on his congressional website that he has cosponsored legislation to repeal the Hyde Amendment, forcing taxpayers to directly fund elective abortions, and to federally nullify virtually any state laws regulating or limiting abortion.

“Every woman deserves access to reproductive health services and the ability to make her own decisions about her health,” Swalwell wrote, invoking common euphemisms for abortion. “I am fighting for women’s rights and will stand up against legislation that would prevent a woman from making her own healthcare decisions.”

Various Twitter users recognized Swalwell’s double-standard and hammered him for it:

@ericswalwell glad to see you’re now pro-life, but you still won’t get my guns. ��

So therefore, unborn and born babies right to life is supreme over a woman’s right to “choose”. I completely agree @ericswalwell

Be cool if you let them be born first,

Those womb occupants revel in your words, sir. Were you misquoted or just being a demagogue when you said that. Or perhaps the reporter didn’t see the asterisk you intended when you said it.

During a 2017 interview with Fox News’ Tucker Carlson, Swalwell repeatedly refused to answer “is it human life or not,” instead simply repeating variations of “woman’s personal decision” and “health care.” At the conclusion of the interview, Carlson lamented, “you’re not going to answer my question now or ever, I suspect.”