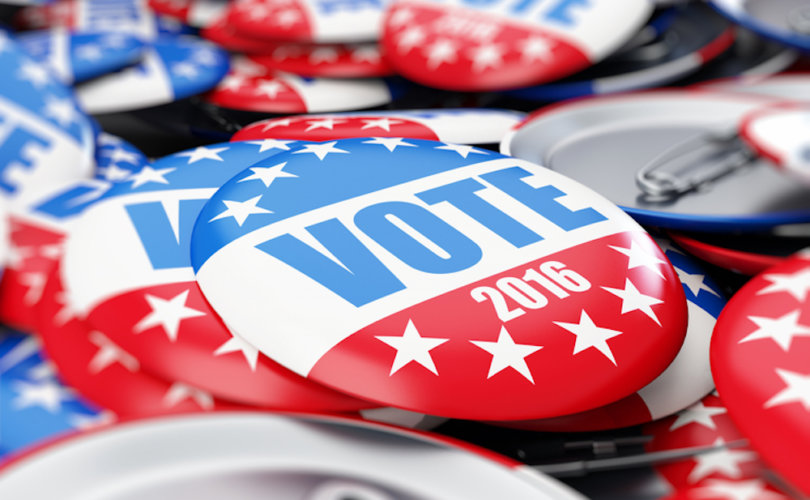 February 13, 2019 (LifeSiteNews) – In just under two years the United States will vote whether to give President Donald Trump another four years in the White House, and so far 11 Democrats have stepped into the ring to oust them.

All are running as doctrinaire left-wing candidates, supportive of abortion-on-demand and so-called LGBT “rights.”

Booker, the former mayor of Newark, New Jersey, has made a habit out of grilling Republican nominees over their views on homosexuality, and has taken pride in officiating same-sex “weddings” (in the process dismissing objections that such unions are “unlawful in the eyes of God and Jesus Christ” as not “substantive” or “worthy”). He also echoes standard left-wing rhetoric on the “right to choose” abortion:

On the anniversary of Roe v. Wade, here's an alarming fact: 400+ anti-abortion bills passed on the state level since 2010 which means 29 million women live in places hostile to abortion rights.

We must be vigilant in protecting a woman's right to choose.https://t.co/Y3ezTi8ZrH

In July, amid a rising trend of left-wing activists harassing Republican figures at places like restaurants and airports, Booker advised an audience to “go to the Hill today” and “please, get up in the face of some congresspeople.”

Gillibrand, who represents New York, has called the prospect of the Supreme Court overturning Roe v. Wade and letting states decide their own abortion laws “literally the biggest civil rights issue, certainly in my lifetime, for women,” and supported Planned Parenthood while declaring she wouldn’t watch the undercover videos revealing its sale of aborted baby parts.

Notably, Gillibrand supported and campaigned with former President Bill Clinton as recently as 2016, then claimed he should have resigned for his treatment of women one year after his wife Hillary Clinton lost the White House to Trump.

Harris is a 54-year-old prosecutor who was previously California’s attorney general, during which she played a key role in defending Planned Parenthood over the baby-parts scandal and instead investigating the Center for Medical Progress’ pro-life investigators who exposed it.

As a Senate candidate, she bragged about forcing religiously-owned companies and pro-life pregnancy centers to violate their consciences. During Supreme Court Justice Brett Kavanaugh’s confirmation hearings, Harris tried to get him to call the Obergefell ruling that forced states to recognize same-sex “marriage” one of the “great moments in the history of the Supreme Court.” In December she suggested Trump judicial nominee Brian Buescher’s membership in the Catholic fraternal organization Knights of Columbus was problematic because of its pro-life, pro-marriage stances.

Minnesota’s Klobuchar announced her entry into the field Sunday, casting herself as the choice for Americans “tired of the shutdowns and the putdowns, the gridlock and the grandstanding.” But Minnesota Citizens Concerned for Life (MCCL) argues she’s anything but a moderate.

“Klobuchar has never voted for a pro-life bill or for a restriction on abortion, no matter how modest,” MCCL writes, noting she has voted for taxpayer funding of abortion and late-term abortion. “Klobuchar also co-sponsored sweeping legislation that would have invalidated nearly all limits on abortion, at any stage of pregnancy.”

In its endorsement of her Senate bid last year, the pro-LGBT “Human Rights Campaign” cited her condemnation of the Trump administration’s ban on transgender soldiers and co-sponsorship of the so-called Equality Act, which would amend the 1964 Civil Rights Act to add “sex,” “sexual orientation,” and “gender identity” to “non-discrimination” categories in “public accommodations.”

Klobuchar has reportedly struggled to find former congressional staffers willing to work on her presidential campaign, thanks to her alleged harsh mistreatment of subordinates. BuzzFeed interviewed multiple former staffers who claim the candidate's “cruel” treatment of them ranged from verbal abuse to throwing a binder at someone on one occasion.

Warren, a Massachusetts senator who rose to prominence as a sharp critic of Wall Street and is currently under fire for her history of falsely claiming Native American ancestry, is an ally of Planned Parenthood who has called abortion safer than tonsillectomies and suggested that late-term abortions can be “act[s] of mercy” for disabled children. She also advocates for homosexuals to be allowed to donate blood despite increased risks of HIV.

Gabbard represents Hawaii in the House of Representatives and is a Major in the Hawaii Army National Guard. She holds a 100 percent pro-abortion voting record and has introduced multiple pro-LGBT measures, including legislation to mandate gender-confused individuals’ “access” to opposite-sex restrooms, locker rooms, and dressing rooms.

But soon after announcing her presidential bid, various liberals attacked her progressive credentials over her past involvement in her father’s Alliance for Traditional Marriage, and her opposition to same-sex “marriage” and civil unions as recently as 2004. She apologized for her prior conservative position in 2012, the same year former President Barack Obama dropped his formal opposition to same-sex “marriage.”

Castro, who was the mayor of San Antonio, Texas before joining the Obama administration, has participated in LGBT “pride” marches since 2009 and was a vocal advocate of redefining marriage. In 2014, he rationalized his stance as a pro-abortion Catholic by claiming, “if you look at opinion polls of Catholics, it's very clear that there's also a significant number of Catholics who are pro-choice. And so I feel like almost anything […] you're not going to agree with it 100 percent.”

Maryland’s Delaney declined to seek re-election to his House seat in 2018 in favor of a presidential bid. “While my policy instincts are often considered progressive, my political instincts have always been bipartisan,” he claimed in his 2018 book The Right Answer. On social issues, however, he’s yet another reliable partisan for the Left – his positions and voting record are 100 percent pro-abortion according to Planned Parenthood and NARAL, and in Congress he was a member of the LGBT Equality Caucus.

Perhaps the least recognizable name on the list, Buttigieg is an open homosexual and former candidate for Democrat National Committee chair. Last year, he vetoed Women’s Care Center’s re-zoning application to build a pro-life pregnancy center near the site of a proposed abortion center, claiming the “neighborhood would not benefit from having the zoning law changed in order to place next door to each other two organizations with deep and opposite commitments on the most divisive social issue of our time.”

Yang and Williamson are also rather unknown candidates compared to their competitors, but both have recognizably left-wing stances on social issues. Yang’s campaign website touts his support for the “right” to abortion “in every circumstance” and making “sexual orientation and gender identity…protected classes under the law.”

“I’ve always been pro-gay marriage; why should straight people have all of the fun?” his 2020 website says.

In a 2014 YouTube video, Williamson says she has always been “100 percent pro-choice” but used the “safe, legal, and rare” motto now largely abandoned by the pro-abortion movement. She has also tweeted in support of abortion and same-sex “marriage.”

Congratulations to LGBT community not only for historic marriage equality win, but also for the brilliant strategizing that made it happen