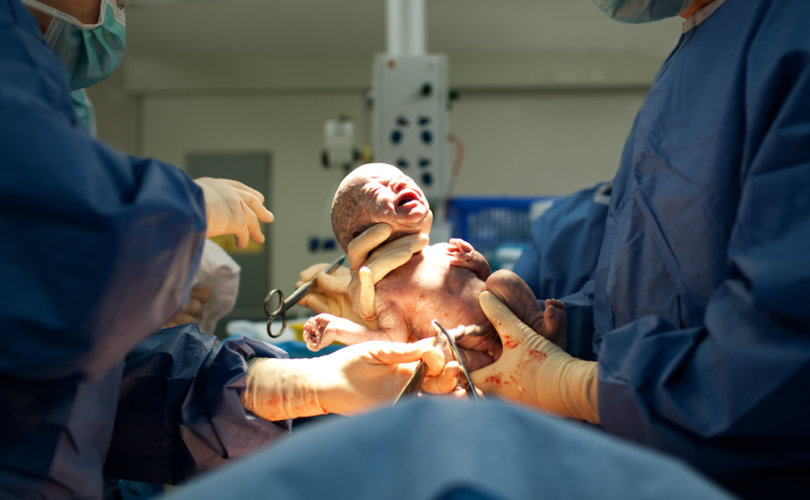 QUEENSLAND, Australia, June 15, 2016 (LifeSiteNews) – The number of babies born alive during late-term abortions in the Australian state of Queensland every year more than tripled in ten years, Health Minister Cameron Dick told the Queensland Parliament as it considers a bill to legalize abortion on demand in the state.

Abortion is illegal in Queensland except when deemed necessary for the “preservation of the mother’s life,” which courts have interpreted to include physical and mental health.

Queensland health regulations define an abortion resulting in a live birth as “The complete expulsion or extraction from its mother of a baby, irrespective of the duration of the pregnancy, which after such separation, breathes or shows any other evidence of life, such as beating of the heart, pulsation of the umbilical cord or definite movement of voluntary muscles, whether or not the umbilical cord has been cut or the placenta is attached.”

Abortion practitioners are also encouraged to “ensure there are local procedures for the management of live birth” and “offer counselling and support services if live birth occurs.”

The fact that 27 babies were born alive in 2015 “means that every second week another little baby died after struggling to breathe after being aborted,” Teresa Martin, the State President of Cherish Life Queensland, said in a statement.  “At the same time, babies of the same gestational age were being cared for in neonatal wards. The only difference? The first group were deemed ‘unwanted’, ‘disabled’ or ‘inconvenient.’”

“If this is the number when preborn babies are still protected by law in this state, what will that figure rise to when all protection for them is removed?” Martin asked. “This is just the figure that is known, but how many more are there that perhaps are not being disclosed?”

MP Rob Pyne introduced the bill that Queensland’s Parliament is considering, the Abortion Law Reform (Women’s Right to Choose) Amendment Bill.  It would remove abortion from Queensland’s criminal law, essentially removing from the law any legal protections for pre-born children.  The bill does not include any gestational age restrictions.

Nearly 24,000 people have signed a petition opposing the proposed law, and a campaign called Rethink Abortion has launched to educate Queenslanders about abortion and its harms to women.

The reality of botched abortions resulting in live births is not unique to Australia.  Live Action has documented the American abortion industry’s admission that babies are sometimes born alive during late-term abortions and the industry’s willingness to let those babies die.

And in May, chilling audio from inside a Phoenix, Arizona abortion center revealed that a baby was born alive after a failed abortion.