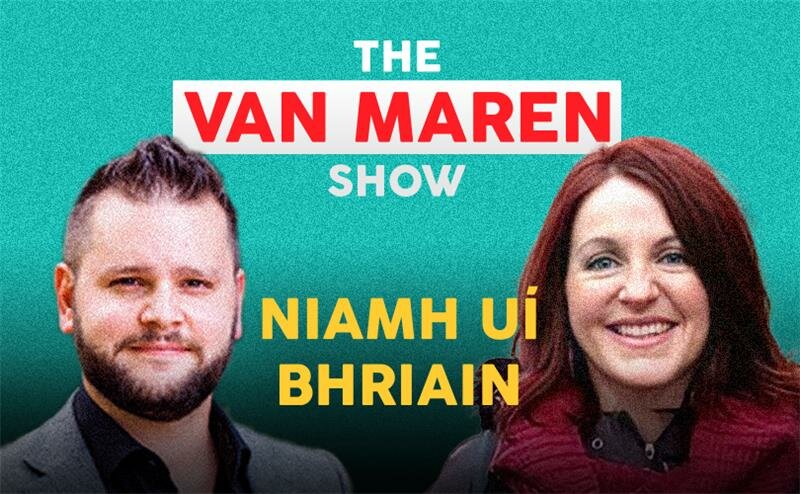 (LifeSiteNews) — On this week’s episode of The Van Maren Show, Jonathon sits down with prominent Irish activist Niamh Uí Bhriain, spokeswoman for The Life Institute, about the campaign to raise more awareness of the ugly realities of abortion and the fight to make Ireland a pro-life nation once again.

Part of that campaign is to inform Irish citizens on the sheer number of unborn lives lost due to abortion since the constitutional amendment guaranteeing the right to life was repealed in 2018.

Citing Irish Department of Health data, The Life Institute says 21,000 abortions have occurred in the country since 2019. Keep in mind too, Ireland’s total population is only 5 million.

See an example billboard below (photo courtesy of The Life Institute and shared with permission):

Uí Bhriain tells Jonathon on this week’s episode that pro-abortion activists are claiming the billboards are “offensive.” Why is that?

“This is [their] argument for everything,” she says, adding that even Irish politicians have called for censorship of the billboards.

“I always feel like pro-lifers need to be unafraid to state the truth and to state the facts, because no matter what we say or what we do, [it] is always [going to be] grossly offensive to abortion campaigners. They simply just want pro-lifers not to be allowed to speak at all.”

Listen to this week’s episode with Niamh Uí Bhriain below: