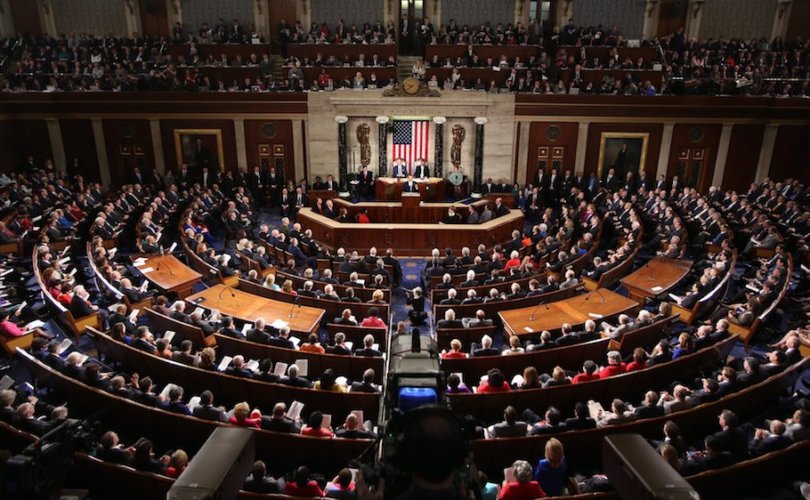 WASHINGTON (LifeSiteNews) — 221 Democrats in the U.S. House of Representatives voted against a Republican measure this week that would have required public schools to allow parental opt-outs for mask mandates, even as Democrats across the country abandon forced masking as a political liability.

Rep. Ashley Hinson’s (R-IA) Unmask Our Kids Act (HR 6619) would “prohibit the Secretary of Education from providing Federal funds to a local educational agency unless in-person instruction is available to all students and parents may opt out of student mask mandates

“As a mom, I know why parents across the country are standing up and speaking out when they are being told they can’t decide what is right for their kids and family,” Hinson said Tuesday on the House floor. “And it is infuriating to watch the same people who push for kids to wear masks all day long flout the rules for a photo-op or for a night on the town. Meanwhile, kids are sitting at home instead of going to school and interacting with their friends in a normal setting.”

“House Democrats are playing politics and want you to believe they’re following the science. If they really trusted the science, they would have voted for Ashley Hinson’s Unmask Our Kids Act because the data against school-mask requirements are abundantly clear,” House Minority Leader Kevin McCarthy (R-CA) told Breitbart News of the vote. “Instead, 221 House Democrats voted against it, allowing schools districts to continue to impose mandates on young kids. That’s not only unfair to children, it is harmful for many of them.”

National Democrats’ obstinance on the issue comes as several state-level Democrat leaders, including in Connecticut, Delaware, New Jersey, Oregon, and even California and New York, have announced the end of their own mask mandates. Numerous left-wing figures have claimed that evolving scientific knowledge has justified the change, but critics suspect the real deciding factor was internal polling, such as that conducted by New Jersey Gov. Phil Murphy’s team, indicating that forced masking is deeply unpopular.