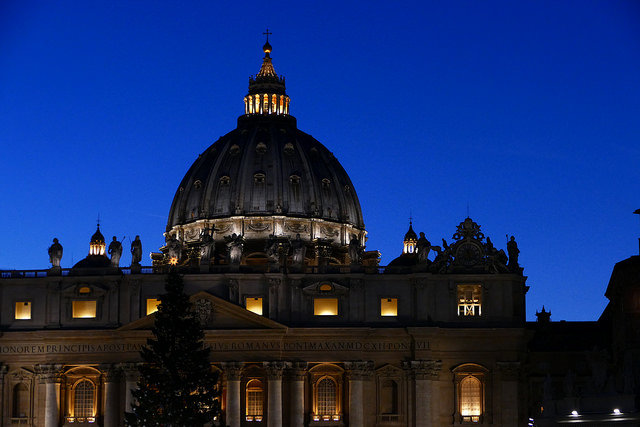 “As has been widely publicized, these cardinals have formally submitted five dubia to Pope Francis, asking him to clarify five fundamental points of Catholic doctrine and sacramental discipline, the treatment of which in Chapter 8 of the recent Apostolic Exhortation Amoris Laetitia (AL) appears to conflict with Scripture and/or Tradition and the teaching of previous papal documents – notably Pope St. John Paul II’s Encyclical Veritatis Splendor and his Apostolic Exhortation Familiaris Consortio,” the document explains.

During the Arian heresy, “the great majority of bishops, including even the Successor of Peter, vacillated over the very divinity of Christ,” the academics wrote.

Many did not fully lapse into heresy; however, disarmed by confusion or weakened by timidity, they sought convenient compromise formulae in the interests of 'peace' and 'unity'. Today we are witnessing a similar metastasizing crisis, this time over fundamental aspects of Christian living. Continued lip service is given to the indissolubility of marriage, the grave objective sinfulness of fornication, adultery and sodomy, the sanctity of the Holy Eucharist, and the terrible reality of mortal sin. But in practice, increasing numbers of highly placed prelates and theologians are undermining or effectively denying these dogmas – and indeed, the very existence of exceptionless negative prohibitions in the divine law governing sexual conduct – by virtue of their exaggerated or one-sided emphasis on 'mercy', 'pastoral accompaniment', and 'mitigating circumstances'.

Pope Francis is “sounding a very uncertain trumpet in this battle against the ‘principalities and powers’ of the Enemy,” and “the barque of Peter is drifting perilously like a ship without a rudder” and “shows symptoms of incipient disintegration,” the scholars wrote. The gravity of this situation means “all Successors of the Apostles have a grave and pressing duty to speak out clearly and strongly in confirmation of the moral teachings clearly expounded in the magisterial teachings of previous popes and the Council of Trent.”

Noting that “Several bishops and another cardinal have already said they find the five dubia opportune and appropriate,” the signers said they “ardently hope, and fervently pray, that many more [prelates] will now endorse publicly not only the four cardinals’ respectful request that Peter’s Successor confirm his brethren in these five points of the faith 'delivered once and for all to the saints' (Jude 3), but also Cardinal Burke’s recommendation that if the Holy Father fails to do so, the cardinals then collectively approach him with some form of fraternal correction, in the spirit of Paul’s admonition to his fellow apostle Peter at Antioch (cf. Gal. 2:11).”

Although “Several prominent prelates have been sharply critical of the four cardinals’ submission,” the academics wrote, they have done so “without shedding any light on their pertinent and searching questions.”

“We have read attempts to interpret the apostolic exhortation within a ‘hermeneutic of continuity’ by Christoph Cardinal Schӧnborn and Professor Rocco Buttiglione; but we find that they fail to demonstrate their central claim that the novel elements found in AL do not endanger divine law, but merely envisage legitimate changes in pastoral practice and ecclesiastical discipline,” they wrote.

“The message from some of those who claim to support Pope Francis' position, appears to be the Catholics should simultaneously believe that the teaching of Pope St John Paul II–and all his predecessors–remains correct, and also that it is no longer applicable in concrete situations,” Oxford philosopher and signatory Dr. Joseph Shaw told LifeSiteNews. “To demand that people undertake this doublethink is not the action of a good father; it is an abuse of ordinary Catholics and of the truth. To reject this kind of defence of Amoris laetitia is required not only by the Faith but by our sanity.”

Some of the signatories were also part of the group of 45 theologians who sent a letter to the Dean of the College of Cardinals and all living 218 Catholic cardinals and patriarchs asking them to petition Pope Francis to repudiate a list of erroneous propositions that can be drawn from Amoris Laetitia.

“While many prominent prelates and academics feel obliged to remain silent during this time of crisis, it has fallen to the four Cardinals to seek paternal guidance from the Holy Father, asking him to exercise the central charism of the Papacy, and 'confirm the brethren' in the faith (Luke 22:32),” said Shaw. “I and the other signatories wish to support that request. The Holy Father alone has the power to resolve the current confusion, and must urgently do so for the good of souls.”

The full letter and list of signatories can be viewed here.