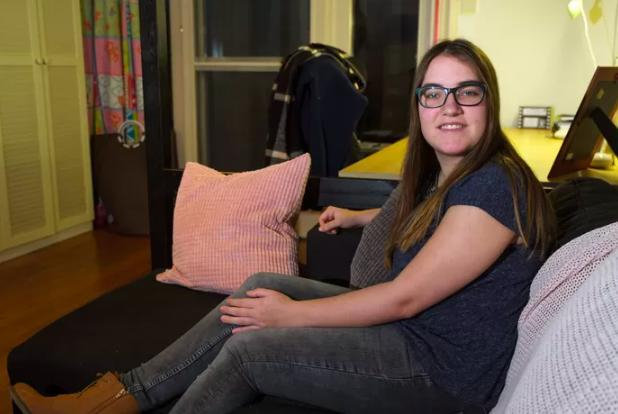 (LifeSiteNews) — Earlier this year, a young Belgian woman who survived the Islamic terrorist attack against the Brussels airport in March 2016 was euthanized in presence of her family and loved ones because she felt unable to overcome the trauma she had gone through.

Shanti De Corte, 23, was legally killed because of the psychiatric problems she had battled for six years.

Her story was made public by the Belgian press last week, much to the surprise and discontent of her family, who said they had had no knowledge of the media attention the case was getting. However private such a tragedy may be, it has such enormous societal implications that it needs to be told.

Shanti’s euthanasia was approved by two psychiatrists. Once it had taken place, a university professor, neurologist Paul Deltenre, who was involved in the case, complained that the young woman had not received all possible treatments and that her euthanasia because of “unbearable psychological suffering” did not meet the requirements of the Belgian law.

Remarkably, the Belgian Commission for the assessment of euthanasia, which checks whether declared euthanasia acts are in accordance with the law, judged that the deliberate ending of De Corte’s life, even though she was young and in good physical shape and despite the fact that she had not followed certain treatments offered to the survivors of the Brussels suicide bombings as a group in Oostende, was irreproachable from its point of view.

At the same time, the case was brought before the Belgian public prosecution. It was decided that it would not be necessary to prosecute on the grounds that no offense could be ascribed to those who approved and executed the killing.

Shanti survived the bombs of the terrorists, but the euthanasia law of Belgium was to be fatal to her.

Her ordeal began March 22, 2016. Together with about 100 students and accompanying staff from her Catholic high school in Kontich, Flanders, the 17-year-old was waiting at a registration desk in Zaventem Airport, eager for the school’s long-awaited graduating class trip to Rome, when she heard a bang. She and her friends thought an object must have fallen, but a second, much-louder explosion followed together with a flash of fire.

That is all she remembered, but she would learn that two men had blown themselves up in order to cause as much death and bloodshed as possible – one of them only a few dozen meters away from where her group was standing.

Sixteen innocent victims were killed at Zaventem, followed by 16 more when a second attack took place one hour later in a metro station in central Brussels; in total, over 300 people were wounded. Shanti escaped unharmed – physically.

“All of a sudden, the ceiling came down and my body took over. I still feel guilty about that – that I ran away from my classmates. Until today I’ve been working at that,” she later recalled, talking to a journalist in 2018 about her bid to help others by telling the story of her “emotional roller coaster,” a few months before taking the stage in Anver, where she hoped to explain how “traumatic events can completely turn young people’s lives upside down.”

All Shanti’s school friends and staff survived the attack, some of them sustaining light injuries, but the memory of the bombing was more difficult for some to handle. Shanti herself suffered from insomnia, nightmares and recurring panic attacks. Fireworks, balloons bursting at birthday parties and sirens would trigger irrational fear, screaming and even fainting. Gradually, the teenager started isolating herself from the outside world. She avoided crowds and public transport, arriving at a point where she only felt safe in her own room. “I will never feel safe again,” she wrote on her Facebook page.

After six months of tinnitus triggered by the blast of the bomb, for which ear specialists could offer no relief, she was sent to a psychiatrist, who – to her surprise – diagnosed her with post-traumatic stress disorder and profound depression. Shanti was taken to an emergency unit within an hour and sent to a psychiatric hospital for young people for several weeks of treatment. She was given endless lists of medication and her condition appeared to improve.

But one year after the attack, believing that joining a memorial service at the airport would help her come to terms with her problems, she found she could not face her ongoing suffering. “I had hoped for a miracle and the miracle didn’t come,” she said. One day later, she unsuccessfully attempted to commit suicide by taking an overdose of medicine.

Shanti had no option but to return to the hospital, but she was able to go home in August 2017 and start her training in orthopedagogy. Her condition improved and she was able to make plans to set up help for trauma victims. “I want to live and help others,” she said at the time.

Her own problems did not disappear, but she rejected an offer to join a therapeutic project for victims of the Brussels attacks. She later would tell how grateful she was that her doctor had not “destroyed” her brain with pills, but still noted: “The medication broke me more than it healed me,” explaining that she still dreamed of a life without fear. Her “ups” were followed by ever deeper “downs,” she said, until the point where she believed that only death could offer a solution – choosing death rather than to face the fear of it.

She made at least one other suicide attempt and repeatedly asked for euthanasia without success.

Shanti finally obtained “help” from the Belgian society LEIF for the “right to die with dignity.” She approached the activist group in early 2022 and with its assistance presented a euthanasia request. Two psychiatrists, who have not been identified by the press, granted permission, and the young woman was also able to convince her family that she had no other option.

In an interview last Friday with a Belgian news source, her mother explained that she “had no choice” because if she had resisted Shanti’s death wish she would have “lost contact.” She also hoped to help her daughter change her mind.

The family traveled to Rome together to honor the girl’s “last wish;” her mother is “grateful for the extra time” they had together: “Also, we were able to say goodbye.”

These are recurring “positive” arguments for euthanasia: It is widely presented as an act of “courage” on the part of the victim and of his or her loved ones, and its superiority to plain suicide is touted with the idea that families are not taken by surprise but can prepare and support the one who is about to die. The words “it was beautiful” also often appear in these reports.

Nowhere in the Flemish press is an outright condemnation of a system that allows for legal killing instead of doing all that is possible to help someone who feels incapable of bearing pain or mental suffering. Nowhere is there a mention of something that must have formed at least a part of Shanti’s trauma: the welcoming and promoting of Islamic immigration and the growing risks of radical Islam on the part of political authorities whose role it is to protect their population and safeguard a peaceful society.

In a way, terrorists killed Shanti, but they were aided and abetted by the “euthanasic mentality” that had pervaded societies where euthanasia is legal.

The question could also be raised: Did psychiatric medication play a role? Anti-depressants are known to increase the risk of suicide in teenagers, and their undesirable effects can be horrible, including confusion, hallucinations, insomnia or excessive sleepiness, pain, agitation and much more.

Before Shanti’s death, she explicitly thanked all those who sought to help her: family, friends and medical staff, but she had made clear over the years that the treatments she received were difficult to bear. Perhaps that was linked to her decision not to join the Oostende therapeutic procedure, even though Pr Deltenre later stated that she “had nothing to lose by accepting the care” offered by the team.

None of this will ever be investigated, because euthanasia is legal in Belgium and because it is promoted as a reasonable solution to suffering; because the Euthanasia Commission (whose Flemish section’s president is Wim Distelmans, a doctor who has performed a number of questionable euthanasia acts) could not find anything wrong; because public prosecutors have become insensitive to the fact that euthanasia involves pushing a syringe-full of lethal poison into a person who is not only a long way from natural death but is physically in good shape – but who feels just too sad to go on.

There were 2,700 legal euthanasia acts in Belgium last year (out of 112,291 total deaths), which is nearly 2.5 percent. Of those, 430 were not expected to die soon. Almost 1 percent of euthanasia deaths exclusively involved mental suffering.