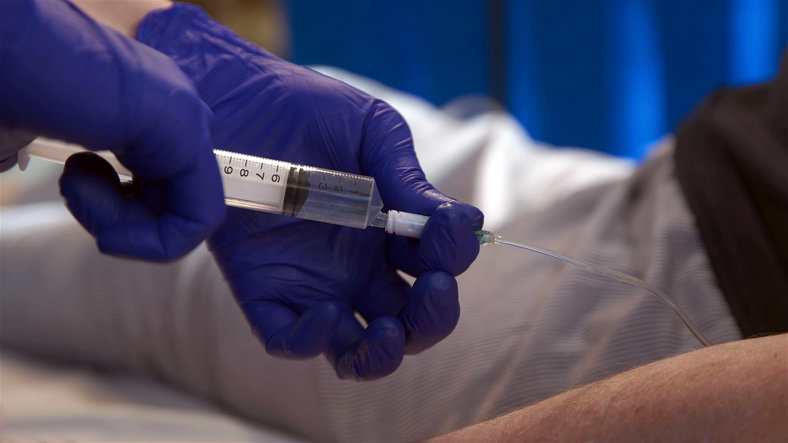 WHITBY, Ontario (LifeSiteNews) — A mother’s bid to save her 23-year-old son from medically assisted suicide has so far succeeded.

Yesterday Kiano V.  told LifeSiteNews that, thanks to his mother Margaret Marsilla’s social media campaign—which included a petition posted on both Change.org and CitizenGo—his doctor withdrew his support from the young man’s attempt to end his life through MAiD (medical assistance in dying).

“[My doctor said] that everyone was calling his clinic, calling his phone, sending text messages, saying he’s a murderer, just harassing his clinic to the point where he withdrew his role in my care plan,” Kiano said.

Marsilla concurred, saying, “We managed to put a little bit of fear in [the doctor], but another doctor might pick up the situation.”

However, as far as LifeSitenews has been able to ascertain from her son, no new doctor has stepped forward.

Kiano, whose surname is known to LifeSiteNews, told the outlet that his MAiD appointment was originally scheduled for September 22, but this was postponed to September 28 shortly after his family found out about it.

Kiano, who was first diagnosed with Type 1 diabetes when he was four, is now visually impaired. He described arguing with his parents that his incurable disease was reason enough for seeking euthanasia.

Kiano said his parents insisted on speaking to his doctors and were not happy with the answers they were getting, and he believes that his refusal to allow them to speak with “the MAiD doctor who was going to administer the IV” frustrated them to the extent that they decided “to start social media campaigns, take matters into their own hands.”

READ: Prayers needed: Canadian mom desperate to save 23-year-old from being euthanised Sept. 28

On September 21, at 10 PM, Kiano said, his doctor phoned. He told the young man about all the hostile messages he had received thanks to his mother’s social media campaign and said that he was going to resign from his “care plan” and find the young man another “assessor” unless his mother relented.

“He said that there’s still a second assessor on board, and I’m going to have to find another assessor unless your mother decides to apologize, write, and promises to stop all social media campaigns as well as not take any legal action towards the doctor if and when Kiano decides to be euthanized,” Kiano told LifeSiteNews.

Marsilla, however, made it clear to both her son and the doctor that she would not even think of writing such a letter. Thus, Kiano tried to find someone else to support his euthanasia bid but, he said, was turned down by the “the central intake team.”

“I called in the central intake for MAiD coordination service, which you would normally call to be referred to an assessor who has expertise in medically-assisted death, which the database is so low now, and I’ve exhausted the resources from the central intake team, that they also denied me a service,” he explained.

“They said, ‘You know, we’re not going to be participating in finding you another assessor. It’s in your hands. You have to speak with your family doctor.”

— Article continues below Petition —
Stand with pro-life Catholic dad of 7 raided by Joe Biden's FBI
Show Petition Text
6772 have signed the petition.
Let's get to 7500!
Thank you for signing this petition!
Add your signature:
Show Petition Text

Instead, the young man began to put his case before hospitals in his region, reluctant family members serving as chauffeurs. One doctor told him it was unlikely that he was going to be considered for MAiD, given his age and his “physique.”

“You know, I’m walking around,” Kiano acknowledged. “I may be disabled—I have blindness—but the doctor says, ‘You look healthy; I doubt they’re going to entertain you [as a candidate for MAiD]’.”

Then, this Monday, September 26, Kiano attempted to have himself admitted to palliative care by formally announcing to hospital staff that he was going to stop taking medicine to treat his diabetes.

“I said, ‘I give up on [treating] the diabetes. I’m giving up insulin shots. Could you admit me to palliative and end-of-life care?’ That was something they were not willing to do.”

Instead they did a psychiatric assessment. Kiano said that a psychiatrist spoke to him for “at least two hours” and told him that if he told her he was not going to take his medicine, the hospital would keep him there under the Mental Health Act. As it was the psychiatrist encouraged him to stay for 72 hours for more interviews, but Kiano didn’t want to lose his freedom.

The family say they believed there was “no way” Kiano would be approved for MAiD for having diabetes. Also, it is not yet legal to be accepted for MAiD for mental health issues.

The tipping point which has led Kiano to pursue assisted suicide appears to have been his sight loss. While his sight was failing, Marsilla said, Kiano was frightened and stopped talking about MAiD. However, when Kiano began to get a lot of pressure behind his left eye and was told he would need monthly injections, he asked his ophthalmologist at Toronto’s Catholic St. Michael’s Hospital—in front of his mother, she said—to help him get MAiD. This the ophthalmologist said he couldn’t do. However, there was also a social worker present, and Marsilla is “99.9% sure” that the social worker helped guide her son towards the medical assistance in dying network.

Kiano told LifeSiteNews that getting a needle in his eye made him decide not to continue life with diabetes.

“The course of treatment is not going to get any less,” he said.

“It isn’t not going to get any better with time. You know, the deterioration of my body, of my mind, even, is so high, that I have experienced all that I feel comfortable with,” he continued.

“I’m ready to end my pain and suffering. I foresee my future to be more complications, more suffering, tremendous amounts of pain to degrees I haven’t experienced before. And after experiencing a needle in my eye, I did not want to continue, and that was a dead giveaway.”