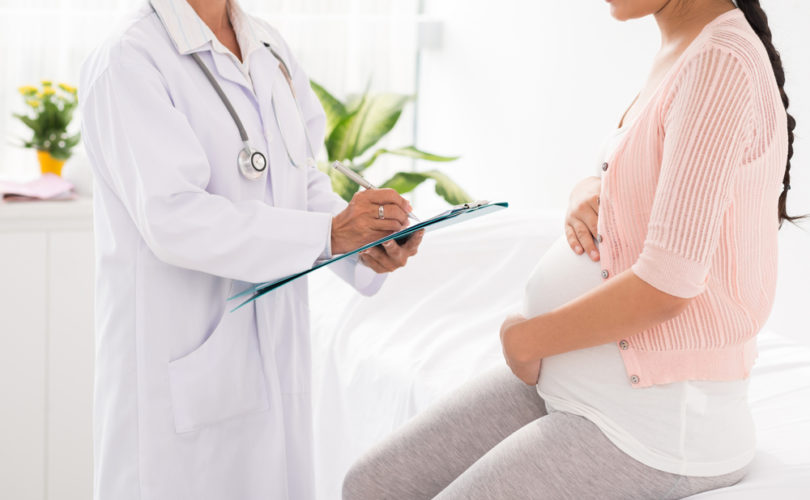 TALLAHASSEE, FL, April 23, 2015 (LifeSiteNews.com) — The Florida House voted Wednesday in favor of a bill mandating a 24-hour waiting period for pregnant mothers seeking to abort their children.  H.B. 633 is expected to pass the majority-Republican state Senate, and Republican Gov. Rick Scott, whom Florida Right to Life awarded its “Pro-Life Champion Award” in 2013, has expressed support for it.

H.B. 633 passed the state House by a vote of 77 to 41.  Six Republicans voted against the bill, and one Democrat voted in favor.

The bill has not gone through the legislative process unscathed.  The day before its passage, legislators added exceptions to the bill, to the effect that women who are victims of rape, incest, domestic violence, or human trafficking would not have to wait the required 24 hours to get an abortion.  The companion Senate bill (S.B. 724) includes the same exceptions; as of April 23, it is considered “Laid on Table” at the Florida state Senate's website.

Adolfo J. Castañeda, director of Hispanic education at Human Life International in Miami, expressed joy at the passage of the bill.  “It's going to help at least to limit the number of abortions in our state,” he told LifeSiteNews.  The 24-hour waiting period “gives a woman considering an abortion a chance to get to know other alternatives – she can think of the baby, help her, bring her to term, and also get to know the development of the baby in the womb.  That's a positive thing.”

WCTJ reported that during debate, State Rep. Jennifer Sullivan (R), who sponsored the bill, claimed that “Florida is actually known as an abortion destination,” citing the state's 65 abortion facilities, with every facility “accessible within a 100-mile radius.”  Regarding the bill's exceptions, she insisted that the 24-hour waiting period would nonetheless apply to 98 percent of Florida's pregnant mothers.

The Miami Herald noted that two of the bill's Republican supporters, Reps. Cary Pigman and Julio Gonzalez, are physicians.

“No other elective surgical procedure is ever done on the same day as the initial consultation,” said Pigman, citing knee surgeries and butt enhancements as examples of surgeries that require consultations.

Gonzalez added that 4 percent of women who undergo an abortion are later diagnosed with post-traumatic stress disorder, and that 23 percent will show symptoms of the disorder.

Florida is the state where, in the midst of the infamous 2013 Kermit Gosnell murder trial, Planned Parenthood representative Alisa LaPolt Snow defended so-called “post-birth abortions.”  At a House legislative hearing in Tallahassee, Snow testified against the legislature's proposed “Infants Born Alive” law, claiming that the decision to offer life-saving care to an infant born alive in spite of an abortionist's attempt to kill him or her should be “left up to the woman, her family, and the physician.”

Gov. Scott signed the bill into law two months later, and he approved Florida's version of the federal Unborn Victims of Violence Act a little over a year later.

According to the Guttmacher Institute, a pro-abortion think-tank that keeps track of state abortion laws, 24 states (not including Florida) mandate waiting periods for abortion.  Other states have longer durations, with the longest being 72 hours.  South Dakota enacted the first 72-hour waiting period in 2011, with Utah following suit in 2012 and Missouri late last year.  North Carolina, Kansas, Iowa, and Mississippi have introduced 72-hour legislation as well.