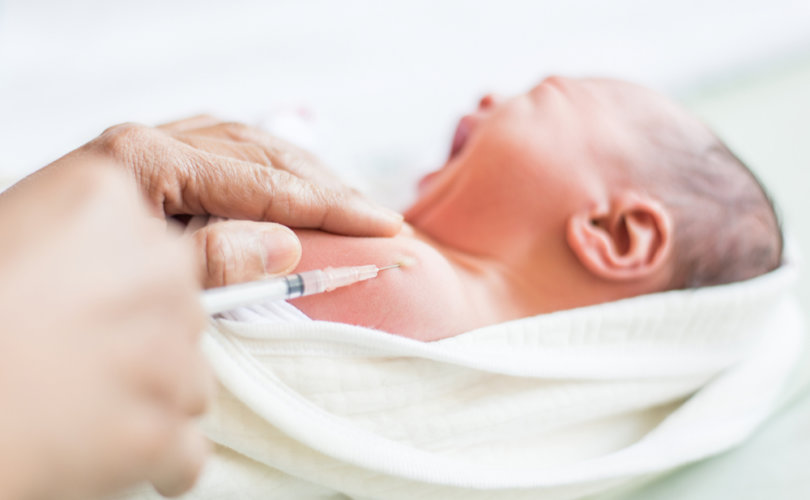 FLANDERS, Belgium (LifeSiteNews) — A 2021 study of “end-of-life” decisions for “critically ill” Belgian newborns found that 24 infants were given lethal injections over the course of 15 months.

According to the study’s survey of all newborns who died in Flanders, Belgium between September 2016 and December 2017, 61 percent of the deceased infants had an “end-of-life (EOD) decision” preceding their death.

While euthanasia is legal in Belgium, even for minors in some cases, euthanizing infants is illegal because legal euthanasia requires the minor to be “capable of discernment and conscious at the time of the request for euthanasia,” as the European Institute for Bioethics (EIB) noted.

Bioethics news source BioEdge reported, “Doctors who euthanized newborns with lethal injection indicated in 91% of the cases that the main reason for their action was that there was no hope of a ‘bearable future’ for the child.”

“In other words, these children had a real chance of survival, but the medical team — no doubt in agreement with their parents — considered that their lives were not worth living to the end,” BioEdge’s Michael Cook contiinued.

“​​Why do practitioners deviate from the legal framework when it comes to children who are unable to express themselves?” he continued.

The study, published in the Fetal and Neonatal edition of the Archives of Disease in Childhood (ADC) journal, used a survey that included anonymous questionnaires of doctors about which EODs were made for all death cases “identified through death certificates.”

BioEdge noted that “the proportion of newborns who died after a deliberate injection of a lethal drug seems to have increased from 7% to 10% since a survey conducted in 1999-2000 (before any euthanasia was legal).”

Palliative care doctor Ilora Finlay has explained that the reality of death by lethal injection defies the common notion that such deaths are “gentle” or “peaceful.”

According to Finlay, those given lethal injection “die by drowning when their lungs fill with fluid. Sometimes it takes five minutes for the person to die, but other times they can wake up again — and sometimes it takes 100 hours for death to arrive.”

“This isn’t a gentle, peaceful death. It just looks peaceful,” she said, “because they can’t move their muscles and they’re paralyzed.”

According to the study, “recent empirical information about” the practice of “life-shortening” EODs “is scarce.”

In 2014, Belgium became the first country to legalize assisted suicide for minors. The law allows minors with terminal illnesses who face “unbearable suffering” to receive euthanasia if their parents consent.

Alex Schadenberg, executive director of the Euthanasia Prevention Coalition, has previously spoken to LifeSiteNews about the “slippery slope” of legalized euthanasia.

“Once you say it’s OK for the doctor to lethally inject you, the sky is the limit,” Schadenberg said. Once killing people is legally permitted, “then the only question is who? That’s all that’s left.”

“Recent Trends in Euthanasia and Other End-of-Life Practices in Belgium” reported in 2015 that 6.3% of Flanders’ deaths involved “physician-assisted death.” This term was defined as lethal injection at the request of the patient (“euthanasia”), assisted suicide, and “death without explicit request.” A full 12% were found to have died from “full continuous deep sedation until death,” which Wesley Smith has described as “a form of beneath-the-surface euthanasia.”