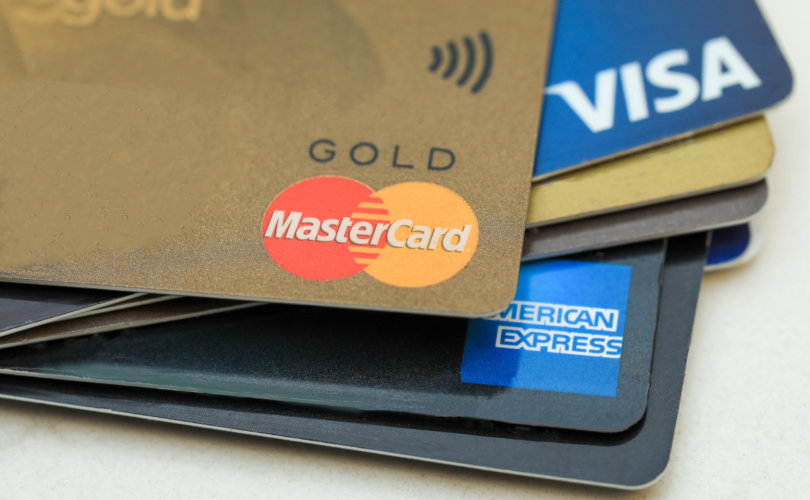 (LifeSiteNews) – The attorneys general of 24 states have demanded that Visa, Mastercard, and American Express rescind their decision to track gun store purchases following pressure from leftist activists and politicians.

The major corporations announced they would follow the International Organization for Standardization’s (ISO) announcement on September 9 to create a new merchant code for gun stores.

“As our respective States’ chief legal officers, we are tasked with protecting the constitutional rights of our citizens, defending our consumers from privacy intrusions and other abuses, and enforcing antitrust laws,” the letter stated. “Accordingly, we share our concerns and ask that you take immediate action to comport with our consumer protection laws and respect the constitutional rights of all Americans.”

“Recently, the ISO voted to create a Merchant Category Code for gun stores to use when processing credit and debit card transactions,” the attorneys general wrote. “The move was prompted by years of pressure from ideologues and accomplished via an application by the union-owned Amalgamated Bank. Troublingly, some of you have already begun implementing this new policy.”

New York City Mayor Eric Adams, for example, thanked the financial institutions for heeding his call and that of some government agencies to track gun store purchases. City pension funds used their ownership in stocks in those companies to agitate for the new regulations. Public officials argued it will help decrease crime.

The Republican AGs warned that the creation of a list of people who purchase items from a gun store creates issues of civil liberties, and warned about what will happen if that date fell into the wrong hands.

“The Second Amendment is a fundamental right, but it’s also a fundamental American value. Our financial institutions should stop lending their market power to those who wish to attack that value,” the letter continued. “Be advised that we will marshal the full scope of our lawful authority to protect our citizens and consumers from unlawful attempts to undermine their constitutional rights. Please keep that in mind as you consider whether to proceed with adopting and implementing this Merchant Category Code.”

The changes will not improve public safety, the attorneys general argued.

“It’s extremely disappointing to see credit card companies cave to pressure from international bodies and adopt this measure that will do nothing to improve public safety,” Montana Attorney General Austin Knudsen wrote in a news release. “Instead, it invites potential future invasions of consumer privacy and further coordination between corporations and government agencies to erode Americans’ fundamental right to keep and bear arms.”

“Giant financial companies must not use their combined market power to circumvent our representative democracy,” Tennessee Attorney General Jonathan Skrmetti added. “As Attorney General, I protect the people of Tennessee from corporate collusion that threatens to undermine their constitutional rights. Working together with my colleagues from other states, we will marshal the full scope of our lawful authority to stop this abuse.”

“This is just the latest attempt by anti-gun lunatic activists to pressure corporations into collecting their own business partners’ data in a way that threatens their privacy, as well as the privacy of the millions of customers who rely on these services for electronic transactions each year,” Gun Owners of America executive Erich Pratt said in a news release.

“Make no mistake, if the credit card companies were willing to so quickly cave on this demand, the mob will only demand more, leading us down a dark path where guns and ammo transactions, which are protected by the Second Amendment, are frequently halted and consistently flagged for the authorities,” the gun rights group’s senior vice president said.