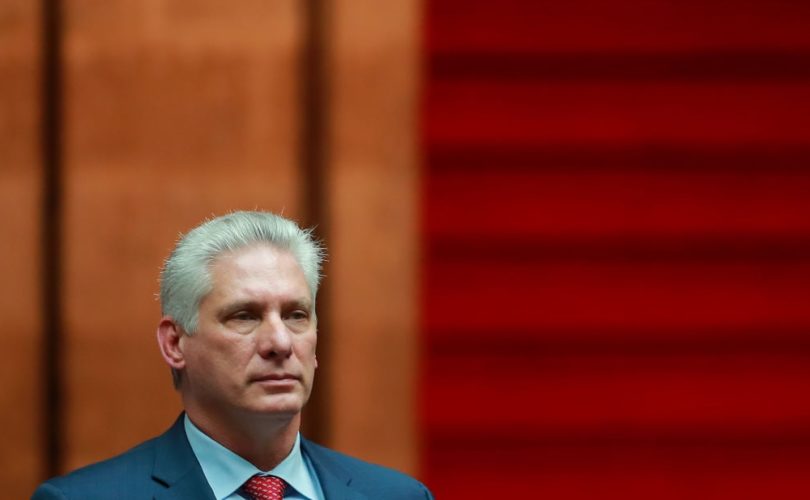 HAVANA, July 15, 2021 (LifeSiteNews) – At least one protester has been killed and the number of Cubans missing continues to rise amid a brutal crackdown by the communist regime following historic demonstrations this week.

The Associated Press reported on Tuesday that Cuba’s Interior Ministry said that one man, Diubis Laurencio Tejeda, 36, died “during a clash between protesters and police” in Arroyo Naranjo, near Havana. The death toll from the government’s clampdown is undoubtedly far higher, however. Videos posted to social media have shown police shooting protesters, including in their homes, and savagely beating people.

Footage published by Cubanet, a dissident news outlet, shows a protester bleeding from a gunshot wound to the head, apparently in the city of Santiago de Cuba, Breitbart reported. Bystanders shouted, “they killed him!”

Independent Cuban newspaper 14 y Medio has also reported that at least one death occurred in the province of Mayabeque and that around 2,000 people were injured in one city.

Cuban organizations have documented over 200 missing persons in the wake of the protests, which broke out in at least five dozen locations on Sunday and continued in parts of the island into Monday, according to Cubanet.

A list compiled by the legal assistance organization Cubalex has identified more than 250 individuals who have disappeared or been detained since the demonstrations, as of Wednesday.

Those missing include dissident leaders, like José Daniel Ferrer, head of the Patriotic Union of Cuba (UNPACU), and Luis Manuel Otero Alcántara, leader of a collective of dissident artists in Havana.

Security forces had detained Father Castor Álvarez, a Catholic priest and critic of the communist government, on Sunday, after he attended protests and reportedly defended protesters. Fr. Álvarez was released the following day, though with a visible head wound, Global Liberty Alliance (GLA) confirmed. A Catholic seminarian remained uncounted for yesterday, however, according to GLA.

14 y Medio has estimated the full number of Cubans detained or under investigation to be roughly 5,000, citing reports by civil society groups and on social media. Unauthorized protests and other public gatherings are criminalized in Cuba, and authorities have arbitrarily arrested around 30,000 people in the last five years, often for criticizing the government.

Cuban president Miguel Díaz-Canel, who succeeded Raúl Castro in 2018, vowed a violent response to the protest movement, issuing a “combat order” to fellow communists on Sunday. “We’re calling on all of the revolutionaries in the country, all of the communists, to come out onto the streets and to go to the places where these provocations are going to take place,” he said. “The combat order is given: To the streets, revolutionaries.”

The Cuban regime has repeatedly blocked internet access as well, and network monitoring organization Kentiks has said that the entire island lost connection temporarily Sunday afternoon before hours of sporadic outages. Netblocks, another internet monitoring group, also said that access to social media sites, like Facebook and Instagram, had been blocked.

Further reports and images that have managed to come out of Cuba in recent days appear to show government forces forcibly recruiting young men, as in an article by Diario de Cuba.