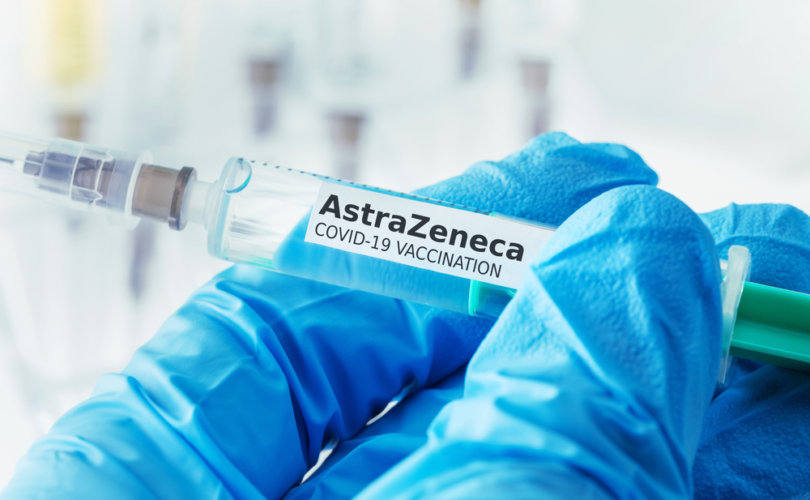 Oli Akram Hoque, a trainee solicitor from Ilford, northeast of London, took AstraZeneca’s COVID shot on March 19 last year – shortly after the “vaccination” campaign had been rolled out for the 18–29 age bracket – and “subsequently complained of headaches,” which  gradually became more “excruciating” as the days and weeks progressed, the inquest heard.

Just under four weeks later, on April 15, 2021, Hoque died from a blood clot while being treated at London’s Queen’s Hospital in Romford.

Hoque had visited the Urgent Treatment Centre of the Royal London Hospital ten days prior, on April 5, the Daily Mail reported, but according to a statement submitted to the court by Hoque’s father, Bablul, the 26-year-old was “discharged without proper diagnosis or investigation,” instead receiving only an injection to stop him from being sick.

Bablul wrote that his son had “requested a scan to be carried out, but his request was declined.”

Later Oli suffered from a seizure and was admitted to Queen’s Hospital, where staff performed a CT scan and discovered he had a blood clot. Doctors prescribed him with blood thinners but ultimately were unable to save his life.

“I was devastated by the news. I am unable to come to terms with the fact my son Oli is no longer with us. He was only 26 years old and had his whole life ahead of him,” Bablul said.

“He is dearly missed by everyone. I hope all the underlying factors will be taken into consideration. I sincerely hope every possible measure will be taken by the authorities to make sure this does not happen to anybody else in the future.”

Oli’s sister Anika testified at Tuesday’s inquest after being called by coroner Nadia Persaud, telling the court that within three weeks of receiving the COVID jab, Oli “spent most of his time in bed,” prompting her to comment that her brother “was not himself, very quiet,” and that “the headache did not seem to be going away with medicine and painkillers.”

After convincing Oli to visit the hospital, Anika said she accompanied him and explained that, despite his deteriorating condition, they were forced to wait “for what felt like the worst few hours of my life.”

Upon eventually being seen, Oli was said to have described vomiting blood and experiencing dizziness to the doctor, alongside his painful headaches, but was told in a “condescending” manner to take co-codamol, a strong painkiller, Anika stated.

Unsatisfied with the assessment, Oli returned to the doctor, who then gave him an injection for his sickness and told him that after 15 minutes he “should be fine,” Anika said.

Oli later died from his blood clot. Anika said that this “could have been diagnosed if it was given due attention. Young people of his age deserve better. I will not get my brother back. My parents have not recovered from the shock.”

Tuesday’s inquest follows that of a March hearing about the deadly effects of the AstraZeneca jab in a teenage girl in northern England.

18-year-old Kasey Turner died on February 27, 2021, four days after she was admitted to Barnsley Hospital in south Yorkshire with “the worst migraine she ever had,” according to an investigation into her death held at Sheffield’s Medico Legal Centre on March 22.

The trainee paramedic was initially misdiagnosed with immune thrombocytopenia, a low blood platelet count, but an investigation following her death found that she had actually suffered a cerebral venous sinus thrombosis (CVST), a blood clot in the sinus cavity, which had been missed by doctors carrying out the original CT scan.

Other inquests into the AstraZeneca COVID shot have determined that 35-year-old Alpa Tailor died from her injection with the shot after suffering a stroke, and Michelle Barlow developed fatal blood clots following her first dose. Both women were mothers to two children.

Complications regarding blood clots from AstraZenecas’s shot have been serious that at least nine countries had pulled the shot from their national COVID jab programs by mid-March last year while the U.S. decided against purchasing any of the British made shot.

The U.K. government issued guidance on April 7, 2021, two weeks after Hoque was administered the shot, advising that people under 30 should not receive AstraZeneca’s COVID jab, but that they could still receive either the Pfizer or Moderna mRNA jabs against the virus. Both of the alternative shots have also been associated with severe adverse health events, including deaths.

One month later, on May 7, the government updated the guidance to advise anyone under 40 to avoid the AstraZeneca jab.