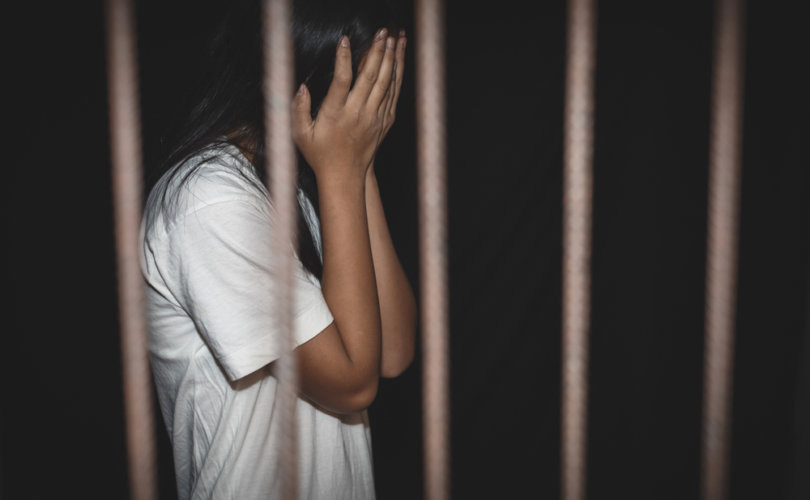 TORONTO, Ontario (LifeSiteNews) – A recent poll says that more than a quarter of Canadians support sending people who refuse COVID jabs to jail.

According to Canada’s National Post newspaper, polling company Maru Public Opinion found that 27% of Canadians support jailing the so-called “unvaccinated” for up to 5 days, while 37% believe they should be denied publicly funded healthcare.

The poll also reported that 33% of Canadians believe the unvaccinated should not be allowed to renew their driver’s licenses, and two-thirds of Canadians are in favor of mandatory vaccines for everyone over the age of five.

“A majority of Canadians have little sympathy for the unvaccinated,” said John Wright, executive vice-president of Maru Public Opinion, the National Post reported

Despite this apparently widespread support for punitive measures against those who refuse the COVID jabs, many Canadians remain firmly opposed to medical coercion, especially in light of the growing body of data suggesting that vaccine mandates, vaccine passports, and the vaccines themselves have been a failed strategy in tackling COVID-19.

“As I wrote a few days ago, politicians and the media have been dehumanizing the unvaccinated for months. This is the result. 27% of Canadians have become fascist monsters who think it’s justified to use violence against their peaceful fellow citizens,” lamented prominent pro-freedom politician Maxime Bernier on Twitter.

As I wrote a few days ago, politicians and the media have been dehumanizing the unvaccinated for months. This is the result. 27% of Canadians have become fascist monsters who think it’s justified to use violence against their peaceful fellow citizensMaru.https://t.co/CXq3bgeG4z

“There is no chasm separating the vaccinated and the unvaccinated. There is one between those who believe in freedom, compassion and rationality, and those who fall for hysteria, manipulation and despotism,” Bernier added in a later tweet.

There is no chasm separating the vaccinated and the unvaccinated.

There is one between those who believe in freedom, compassion and rationality, and those who fall for hysteria, manipulation and despotism.

Despite media and government scapegoating the unvaccinated as the reason for the continuing COVID-19 outbreak, coronavirus vaccine trials have never produced evidence that the vaccines stop infection or transmission. Their advocates now do not even claim they reduce hospitalization; the measure of success is now their ability to prevent severe symptoms of COVID-19 disease. Moreover, there is strong evidence that the so-called “vaccinated” are just as likely to carry and transmit the virus as the unvaccinated.

Ontario has the highest population of all Canada’s provinces and territories. As of January 7, Ontario’s data shows that the majority of hospitalizations are occurring in the so-called “fully vaccinated.” Similarly damning figures have been reported in many of the nation’s provinces, including the highly vaccinated province of Quebec.

— Article continues below Petition —
PETITION: STOP Medical Discrimination at the Ronald McDonald House!
Show Petition Text
17046 have signed the petition.
Let's get to 17500!
Thank you for signing this petition!
Add your signature:
Show Petition Text

There are also issues and inconsistencies with the government’s approach on the legal front; some Canadian lawyers have decried vaccine coercion and mandatory vaccination as illegal and unconstitutional.

“Canadians cannot legally be subjected to forced injections, especially not with an experimental drug treatment that is still undergoing long-term clinical trials and for which there is no long-term safety data,” Allison Kindle Pejovic, a lawyer for the Justice Centre for Constitutional Freedoms (JCCF), told LifeSiteNews on Tuesday.

“Health Canada’s ‘Canadian National Report on Immunization, 1996’ states that immunization cannot be mandatory because of Canada’s Constitution. Our Charter of Rights and Freedoms protects all Canadians from laws that would attempt to force medical treatment upon them against their will.”

The push to vaccinate the world’s population to prevent a serious disease in those who are not at risk to begin with – the CDC reports an infection survival rate of greater than 99.95% for those under age 50 — has led to searching questions that are censored rather than answered. Meanwhile the list of FDA-recognized adverse events from the vaccines has grown from severe anaphylactic reactions to include fatal thrombotic events, the inflammatory heart condition myocarditis, and neurologically disabling disease like Guillain Barré Syndrome, as well as thousands of recorded deaths and permanent disabilities.

According to COVID-19 expert Peter McCullough, M.D. , “[For] people under 50 who fundamentally have no health risks, there’s no scientific rationale for them to ever become vaccinated” against COVID-19.