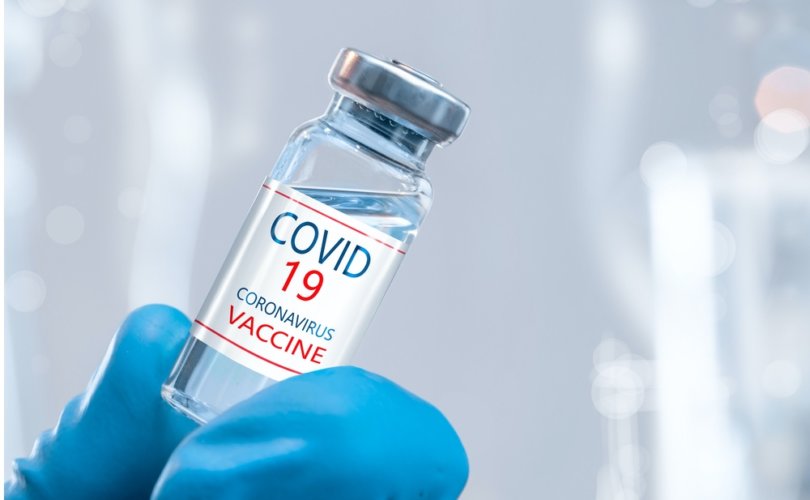 Deborah Tilli, a mother of two girls, had looked forward to receiving the vaccination. She said, “I wasn’t scared, I was excited. I was like, ‘I’m going to be one of the first health-care workers in the city to get the vaccine,’” CBC reports.

As is routine, she filled out the consent forms, then noticed the nurse who was looking over her file exhibited a hesitation or lack of confidence in how to proceed with her case.

“I do have a severe allergy to bumblebees, and the nurse went over that with me and even questioned me about it, but … it seemed like she really didn’t know what she was doing,” Tilli said.

Following the shot she expected to only have to wait for the normal precautionary 15 minutes. Instead, she began to feel light-headed and developed an abrupt scratch in her throat.

Though initially dismissing it as nervousness, the symptoms persisted. She spoke to the paramedic about what was happening, and was given a Benadryl shot, which seemed to work for several minutes, but “the symptoms returned and worsened.”

Tilli explained, “The supervisor from the paramedics was there and he just said ‘OK, let’s give her the EpiPen.’” However, “[w]ithin a minute, I just said, ‘Something doesn’t feel right in my body,’ and I remember just passing out and leaning over to the right.”

When she woke up in the hospital, Tilli was told that she had suffered seizures and needed CPR, yet CBC confirmed she was transported “in stable condition.”

Though she doesn’t remember much from the incident, Tilli recalled one moment quite well, accepting the possibility that she could die.

“There was a moment where, I don’t want to say I gave up, but I was just like ‘It is what it is.’ … [Days later,] when I was in bed the other night, I was thinking, ‘What if I left my two girls without a mother?’”

Colin Furness, an infection control epidemiologist at the University of Toronto, defended the safety of the vaccine despite Tilli’s experience.

“When you administer a vaccine to enough people, you’re going to get adverse reactions … there’s really two safeguards there,” Furness said.

“One is public communication that says if you have severe allergies, this is not the vaccine for you, not now, not yet. Wait for Moderna, perhaps. So everyone who has allergies should be awake and paying attention to that. Number two is people who are doing screening should also be right on top of that, so it looks like there was a double failure.”

According to CBC, Tilli did acknowledge she could have researched more about the vaccine ahead of time, yet still feels the health system “failed” her.

After six days she complained that her mind remained in a fog, that she had anxieties about the possibility of future seizures and not knowing when she would be back to normal.

CBC also reports she became emotional in her interview fearing she could lose her driver’s license or even her job assisting the elderly, which she said “is her passion outside of parenting.”

“I feel like I’ve been failed because I don’t know how long I’m going to feel this way,” she said. “There’s no one here to pay my bills. I’m a single mother of two children.”

In addition to concerns about allergies and several other aspects of these new vaccines, the public should be aware that when a patient such as Tilli is injured or even killed by such a shot, vaccine manufacturers have no liability. According to Canadian authorities, “indemnification clauses in vaccine contracts are standard” for virtually all countries in the world. Thus, if Tilli does not fully recover, she will not be eligible for a monetary settlement from Pfizer to assist her in raising her children.

Other concerns about these vaccines proceed from their having been rushed through the process of development, testing, approval and now distribution, with a new “messenger RNA” technology, no industry-standard animal trials, nor any sufficient studies on long-term effects.

Indeed, in early December, a former vice president and Chief Scientist at Pfizer, Dr. Michael Yeadon, petitioned for the halting of all testing of coronavirus vaccine candidates in Europe due to the significant safety concerns of a growing number of renowned scientists.

These dangers included “allergic” and “potentially fatal reactions,” risks that these vaccines may cause infertility in women, result in an increased vulnerability to the virus, and present unacceptable dangers of long-term effects due to a lack of proper testing.

The U.S. Food and Drug Administration also drew up a document this fall listing the possible side-effects from a COVID-19 vaccine, including strokes, encephalitis, auto-immune disease, birth defects, Kawasaki disease and death.

Present reports reveal that hundreds of individuals injected with these vaccines have been admitted to the hospital while high rates of health care workers continue refusing to receive them.