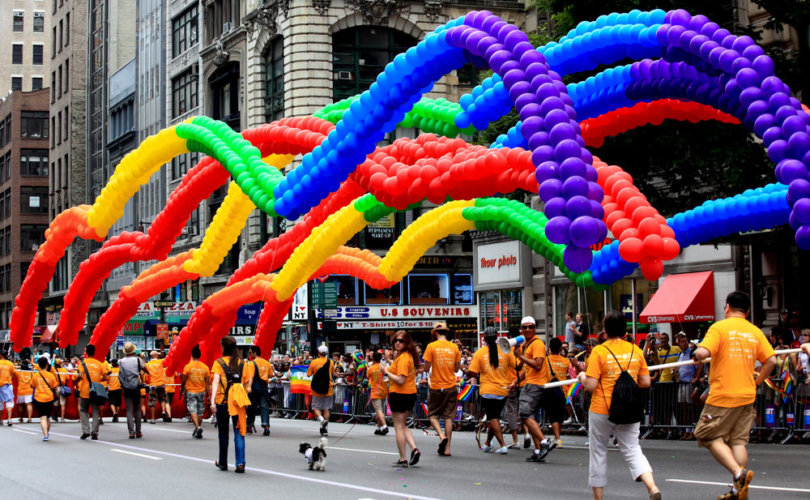 NEW YORK CITY, May 27, 2016 (LifeSiteNews) – The New York City Human Rights Commission has released a list of 31 different terms of gender expression employers must use or face $250,000 fines, all but two of them naming various forms of deviancy.

Tony Perkins, head of the Family Research Council, was quick to link the list to President Barack Obama’s recent edict to public school systems requiring them to de-gender their washrooms and change rooms. “This is political correctness run wild. Where does the President’s bathroom edict go? This is it,” Perkins told LifeSiteNews.

New York City’s Human Rights Commission first announced it was including gender variations under its anti-discriminatory protection in December and earlier this month detailed the offenses for which employers or customers could draw fines up to $250,000.

The rollout continues with the release of a list of names for 31 different genders one must draw from for an employee if that person so desires. The fines go as high as $125,000 for misnaming a person’s gender intentionally, and $250,000 for doing so “maliciously.”

But the Human Rights Commission secretary, Seth Hoy, told the Daily Caller that “Accidentally misusing a transgender person’s preferred pronoun is not a violation of the law and will not result in a fine.”

Unhelpfully, the New York City Human Rights Commission does not list trans pronouns in its most recent dictum. But its list of nouns alone would need several nights of memorization. Some are familiar, such as “drag queen” and “transgender.” Others are more obscure, such as “agender,” “femme queen” and “hijra.” Some, such as “gender bender” and “gender blender” are new enough to have escaped even the notice of the University of California Berkeley’s glossary of LGBT terms, and, unfortunately for Manhattan employers, the HRC provides no definitions.

UC Berkeley provides this useful table for the pronoun-curious:

The FRC’s Perkins warned that, “At some point, businesses will have to push back because this will become very costly. In terms of hiring and public accommodation, gender is defined solely by the individual — not by biology or medical and legal documents.”

And not only businesses should be alarmed. “Imagine subjecting a church pre-school or religious charity to these rules. A finding of noncompliance could financially destroy them,” said Perkins.

Pope Benedict XVI condemned the philosophy behind such regulations, in his 2012 Christmas greetings to the Roman Curia, as an assault on the Judeo-Christian understanding of humanity. “According to this philosophy, sex is no longer a given element of nature, that man has to accept and personally make sense of: it is a social role that we choose for ourselves, while in the past it was chosen for us by society. The profound falsehood of this theory and of the anthropological revolution contained within it is obvious.”

Pope Benedict continued, “When the freedom to be creative becomes the freedom to create oneself, then necessarily the Maker himself is denied and ultimately man too is stripped of his dignity as a creature of God, as the image of God at the core of his being.”