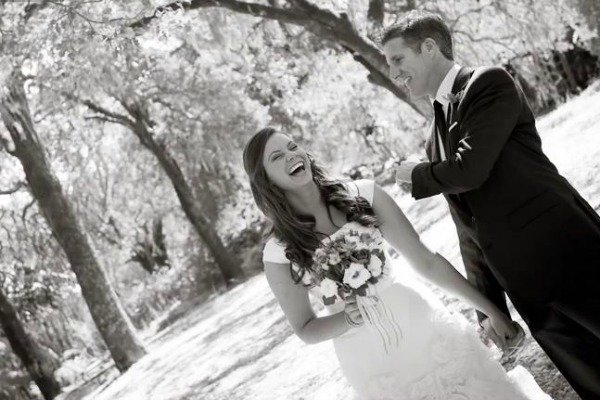 Brittany Maynard on her wedding day. She is spending what she says will be her final weeks campaigning for the legalization of assisted suicide.

A former athlete who has been given six months to live has said she will kill herself on November 1st – two days after her husband’s birthday – and is spending the last few weeks of her life campaigning for assisted suicide.

In January, Brittany Maynard was diagnosed with a brain tumor and given 10 years to live after years of debilitating headaches. Months later, however, she found out that the brain cancer had progressed much more rapidly than doctors anticipated, and that she likely only had about six months.

She and her husband have since moved to Oregon to take advantage of the state's assisted suicide law.

“There is not a cell in my body that is suicidal or that wants to die,” Maynard told PEOPLE Magazine. However, while she says “I want to live” and, “I wish there was a cure for my disease,” the lack of a cure has left her wanting to die on her own terms.

Maynard has joined with the assisted suicide advocacy group Compassion and Choices, formerly The Hemlock Society, to promote the further legalization of assisted suicide, which is already legal in Oregon, Washington State, and Vermont.

In a YouTube video for Compassion and Choices that has nearly 2.8 million views, Maynard says she has planned out her end.

“I plan to be surrounded by my immediate family, which is my husband, my mother, and my stepfather, and my best friend, who's also a physician….And I will die upstairs, in the bedroom that I share with my husband…”

According to Maynard's husband, Dan, the decision for his wife is “suffering, or being allowed to decide when enough is enough.” He says it provides “relief and comfort that, okay, that option is there.”

However, one woman who says she also is dying of cancer, has penned an open letter to Maynard, urging her to change her mind.

“Brittany, your life matters, your story matters, and your suffering matters,” writes Kara Tippetts, who has four children and who has beeen battling breast cancer for two years.

“In your choosing your own death, you are robbing those that love you with such tenderness, the opportunity of meeting you in your last moments and extending you love in your last breaths.”

Opponents of assisted suicide and euthanasia have said that the Oregon, Washington and Vermont laws are open to abuse, and that the more appropriate response to end of life suffering is to provide better palliative care.

Earlier this year, Dan Kennedy, CEO of Human Life Washington, told LifeSiteNews that “the Washington law was passed by voters, who were ignorant of the realities involved with this issue. A doctor doesn't have to be present when the drug is taken, and therefore nothing prevents a family member from taking individual action that may or may not be voluntary on the part of the patient.”

Additionally, said Kennedy, “for most, it's not pain, just fear of pain.”

Approximately 750 people have used Oregon's law to commit suicide since 1997, when it was enacted, and 173 did so last year in Washington.