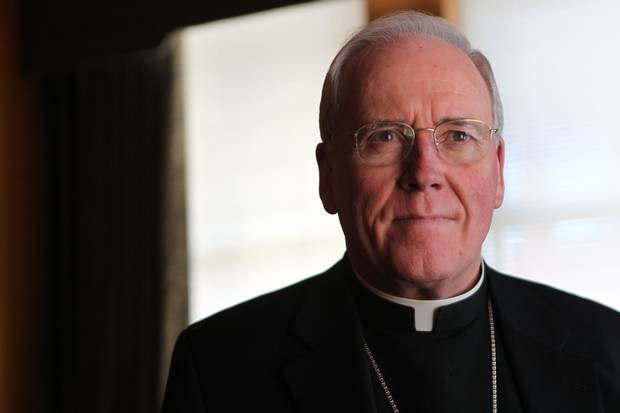 April 30, 2019 (LifeSiteNews) — Three Diocese of Buffalo priests have been suspended from ministry following reports from seminarians that the priests took part in vulgar, “pornographic” conversations at a party at a parish rectory earlier this month. Two other priests have also been disciplined for not doing enough to stop the inappropriate conversation.

Vile and graphic language; crude humor; disparaging comments about others; and tales of sexual activity of a parishioner, one of the seminarian’s parents, and seminary priests — including how one priest had likened a sex act to receiving Communion — were all part of the seminarians’ complaints over the April 11 party with seminarians and priests at Saints Peter & Paul Parish Rectory in Hamburg, New York.

Specifics were reported Monday evening by the local ABC affiliate WKBW Buffalo and updated Tuesday morning with word of the additional two priests being reprimanded.

The report cites and contains the full document of notes on the seminarians’ complaints. The news station states that the document was independently confirmed as authentic by a seminary employee and posts it with warning of “descriptions of graphic sexual content described by seminarians to their superiors at Christ the King Seminary in the Diocese of Buffalo.”

Readers are cautioned for sexual content in both the news report and the document contained within.

“These guys are terribly corrupt,” a seminary employee told the news station, asking to remain anonymous for fear of retribution. “What happened was disgusting. Absolutely repulsive.”

The employee described a clear divide among seminarians who feel compelled to speak up about such conversations, especially given the state’s sexual harassment laws, and some older priests to whom these stories are not new.

“We’re starting to have good guys joining the seminary that are not like this,” the employee said. “You have all these guys entering for the right reasons and you have all these other guys essentially imposing their will on them.”

Additionally, one of the three suspended priests “is a designated spiritual director appointed by Christ the King Seminary for seminarians,” the document noting the seminarians’ complaint states. “Several seminarians expressed concerns about this.”

Many seminarians said this was not just locker room talk. According to the document, one said the priests needed to go to Confession and expressed disgust to the point of feeling the need to shower “after being exposed to such vulgarity.” One termed the conversation at the party as “pornographic,” and another said that it was “worse than Boston,” invoking the locale from where the Church’s sex abuse scandal first exploded.

The three priests did not respond to the news outlet’s requests for an interview, and Father John Staak, interim president-rector of the seminary, declined a request for an interview.

The two priests facing discipline for not taking action to head off the conversation at the party, Father Bryan Zielenieski and Father Cole Webster, spoke with the news outlet, saying the diocese treated them unfairly and that they did not get to tell their sides of the story. They also disputed some of the seminarians’ claims.

An April 24 statement from the Diocese of Buffalo called conversations that took place at the party “unsuitable, inappropriate and insensitive” and said early in the statement text that the conversations “did not include or infer any instance of physical sexual abuse of a minor or adult.”

“The Diocese of Buffalo is thankful the seminarians followed the proper protocol [for New York State–sanctioned sexual harassment training],” the diocese’s statement said, “and the Seminary responded correctly by immediately investigating and forwarding the findings to Bishop Richard J. Malone and other diocesan officials, including the Office of Professional Responsibility.”

Father Staak used the same language regarding the talk at the party in a statement last week.

“I am pleased the seminarians stepped forward to voice their concerns about unsuitable, inappropriate, and insensitive conversations which occurred [at the gathering of priests and seminarians],” Staak said in the statement, covered in a report from the Catholic News Agency (CNA). “Several seminarians in attendance found the conversations disturbing and offensive.”

Buffalo’s Bishop Richard Malone placed Father Arthur Mattulke, pastor of Saints Peter & Paul in Hamburg, and the spiritual director for Christ the King seminarians, Father Patrick O'Keefe, parochial vicar for Saints Peter & Paul, and Father Robert Orlowski, pastor of Our Mother of Good Counsel in Blasdell, on “a temporary leave of absence from their parish assignments while disciplinary actions are taken.”

Currently, the Diocese of Buffalo statement said, the disciplinary and corrective actions include psychological evaluations and possible treatment, retraining in sexual harassment policies, and individual retreats. Pending the results of these steps and additional investigation, it said, “further actions may be taken.”

Controversy in the Buffalo diocese

Malone has faced criticism since August of last year, when his former secretary leaked confidential diocesan files showing that Malone had suppressed the names of priests accused of sexual abuse and had allowed accused priests to remain in ministry.

In an April 11 statement, Malone stood by his handling of clergy sex abuse in his diocese and promised more transparency regarding clergy sexual abuse and its financial effect on the diocese.

Siobhan O’Connor, who had been Malone’s executive assistant for three years and had stressed being conflicted over going to the press with the files and what she knew, left her job in August 2018 just after leaking the documents. She has been vocal since about what she saw while working for Malone in the Buffalo diocese and the abuse crisis.

She welcomed the WKBW report on the April 11 rectory party.

O’Connor expressed gratitude in a Facebook post Monday night to the journalist behind the report, the station’s chief investigator Charlie Specht, saying, “While the truth he reveals is literally unspeakably gross, it is vital for our community to know what was said and by

She said she was proud of and grateful to the seminarians as well.

“God reward them for their courage in doing the right thing,” O’Connor said. “They are a sign of hope for our Diocese amidst very dark and troubling

“Praying this evening for Charlie, the seminarians and our Diocese,” she added. “And thinking of our Bishop, who cannot watch Charlie's reports live tonight — WKBW isn’t a local station on Cape Cod.”

O’Connor was referencing the fact that Malone is currently at his vacation home in Cape Cod, Mass. He has been criticized for remaining there during the fallout from the Hamburg rectory party after having suspended the three priests by phone, according to WKBW.

A diocesan spokeswoman responded to the criticism, saying in a statement:

Bishop Malone was fully involved in every conversation and decision that was made at the Diocese and Seminary. As regards the three priests, there is no timetable. After a temporary leave of absence from their parishes and appropriate action, we hope they will return to active ministry. In regard to time away, every priest, by canon law, is afforded personal time away. It has been Bishop Malone’s custom, for many years, to take some time immediately after Easter. While away, he is in regular contact, multiple times a day, with the diocese.

McCarrick scandal begins to shed light on abuse of seminarians

Since the sex abuse crisis reignited last June with the first public accusations against accused serial predator Theodore McCarrick, some attention has finally begun to be paid to the abuse of seminarians, with some reports indicating a likely rampant problem.

Still, the Church, up to and including the Vatican, gives the impression of reluctance to address the issue, which would mean addressing homosexual behavior among its clergy.

While the Church is quick across the board to decry abuse of children, and even while its own statistics show an overwhelming majority of recorded clergy abuse of minors has consisted of male clerics abusing post-pubescent males, not pedophilia, most discussions exclude mention of the element of homosexual behavior.

Further, a seeming resistance persists in addressing seminarian abuse, as though this demographic being of age exempts it from the abuse discussion. Another element seeming to warrant exemption for some is the presumption that some of the sex occurring among clergy and others is consensual sex — despite the fact that priests are called to celibacy and sexual relations are reserved for sacramental marriage between a man and a woman.